The Dodge Viper is arguably the most American automotive concept of all time. It borrows a formula previously proven by the British and a few enterprising frontiersmen (see: AC Ace, AC Cobra, Shelby Cobra and Shelby Cobra Daytona Coupe) that proved itself the only way a performance car really can — by winning races.

As unsophisticated and unpredictable as the fledgling Continental Army itself, the original Viper concept car was a short-wheelbase laugh-riot that seemed too ridiculous to exist until it did. The production car was only marginally better, known for igniting rubber, spandex and flesh in equal proportion. Still interested? Perfect. strap in and hold on; there’s no air bag over there.

Why the early Dodge Viper?

Uh, why not? We kid, of course, because that’s not really fair. Viper ownership is not for everybody, and that goes double or even triple for the early first-gen cars which lacked (among other things) such niceties as air conditioning or, you know, a roof. The early Viper makes the most sense for somebody who has covered storage and a practical daily driver at their disposal. We say this not because the Viper is unreliable and doomed to extensive bouts of downtime, but because its practicality falls short of even its most basic contemporaries. If you want a roadster you can drive every day, you’d be far better off in a Miata. Seriously.

As a toy, though, the Viper shines. How many V10-powered American sports cars existed in the 1990s? The answer is one. How many of them competed at Le Mans? See previous. And while its aluminum V10 was engineered with a little help from Lamborghini, its basic design referenced the iron-block V8 and V10 engines that powered Chrysler’s mainstream trucks. No, it’s not a truck engine (or even a “truck engine”) but it was designed to behave like one, offering gobs of torque down low. Remember, 400 horsepower wasn’t the norm for a naturally aspirated V8 in the early 1990s; that was Corvette ZR-1 territory. We’ve come a long way.

We could give you a bunch of nonsense about how the early Vipers are the purest executions of the concept and how everything that followed was just more and more watered down and inauthentic, but the best reason to look at the Gen I and II Vipers is cost . Compared to the 645-plus-horsepower monsters built by SRT in the Viper’s twilight years, they’re a relative bargain, and that becomes even more true the earlier you’re willing to go. But with frugality comes compromises.

Which viper to choose?

Perhaps the better question to ask is “how much Viper can you handle?” This car was a lot, even when configured as conservatively as possible. You have your choice of a roadster or a roof, side-exit exhaust or rear, and various creature comforts, interior upgrades and mechanical improvements that made their way to the cars over the decade of Viper production that preceded its first major redesign (key word : “major”).

If you’ve no need for a roof (like, at all; the detachable ones are really only good for keeping bird splatter off your seats while you’re parked), you have your pick of the litter. The RT/10 was offered for the entirety of the early Viper’s run. Early cars came with window inserts (you can see this “solution” above, left) that were later replaced by honest-to-God windows that can be rolled down and everything. Yes, this is the standard by which a Viper’s creature comforts are measured.

If you want a fixed-roof coupe, your search starts in 1996 with the introduction of the GTS. Depending on how big of a stickler you are, this can be considered the first year of the second-generation Viper. This is when the concept’s signature side-exit exhausts were re-routed to central outlets under the rear bumper, but there’s a catch. The pipes still run directly under the Viper’s rocker panels even in this configuration, so while the body beneath the doors may appear innocuous, it can still take a patch of skin off your leg after a spirited drive. The best argument for the rear-exit setup is that it sounds a bit better with the two banks’ sound pulses exiting next to each other, rather than on opposite sides of the car. This helped reduce some of the “UPS truck” notes the original Viper’s exhaust was known for. 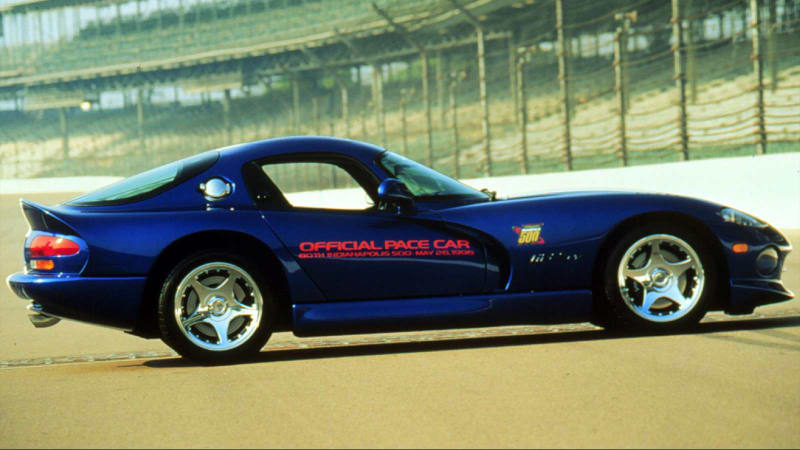 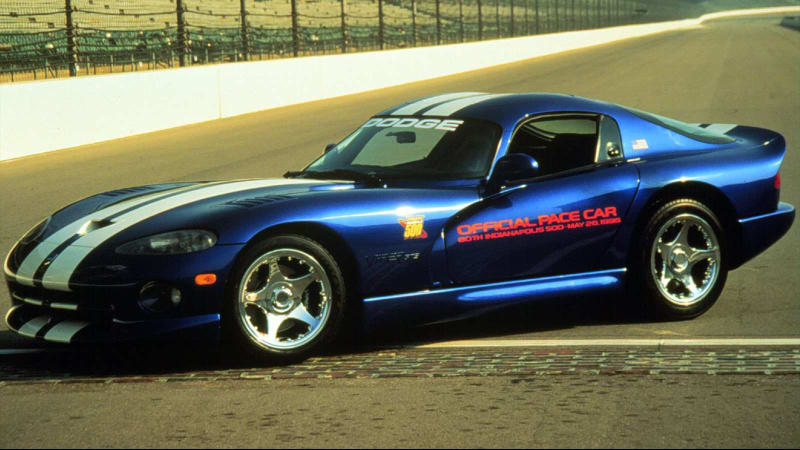 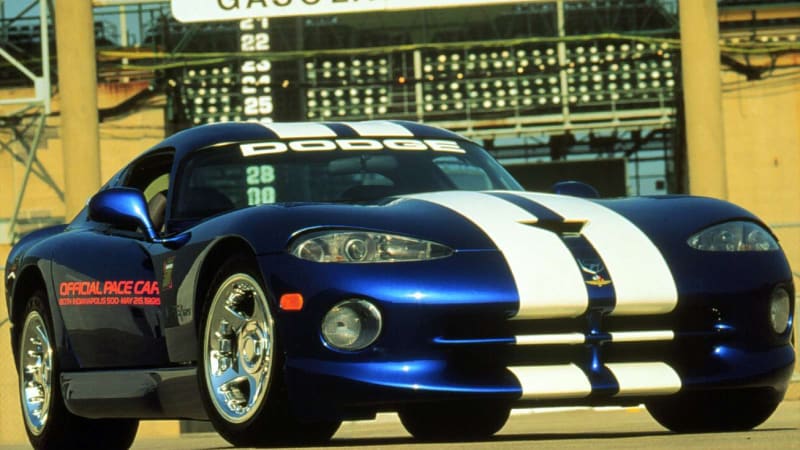 1996 was also when some mechanical updates started to roll out. The GTS got a healthier version of the 8.0-liter V10, producing 450 horsepower to the RT/10’s 415 (it got a bump in the middle of ’96; earlier RT/10s make just 400). The 450-horsepower engine made its way to the RT/10 in 1997. By 1998, both models were equipped with second-generation air bags. A single, first-gen air bag was offered in the GTS; this was the first time a passenger air bag was offered in the viper at all.

Later Vipers also benefited from some frame reinforcements and suspension revisions. The ACR was introduced in 1999 and came with factory forged BBS wheels, a revised intake system that conferred an extra 10 horsepower, and an optional lightweight package that deleted the air conditioning and radio. Buyers who want to super- or turbocharge their cars will benefit from earlier engines that came with factory forged pistons; the Viper dropped them for 2000. This is the only significant regression in terms of enthusiast features. Anti-lock brakes were introduced the same year. Traction control? haha Get out of here.

As for things to look out for, there really aren’t many. Vipers were hand-built halo cars but they remained quite simple. Most mechanical issues are reasonably easy to diagnose and address, but aesthetic issues can be much trickier to fix. The Viper’s fiberglass body panels are tough to source and replace and require knowledgeable craftsman when it comes time for paint, unless you don’t care about the result, of course. Vipers with body damage are cheap for a reason. Door say is also quite common, but something that can be addressed with fresh hardware.

Our used vehicle listings can be helpful to find a good deal near you. Narrow the offerings down by a radius around your ZIP code, and pay attention to the deal rating on each listing to see how a vehicle compares with others in a similar area. 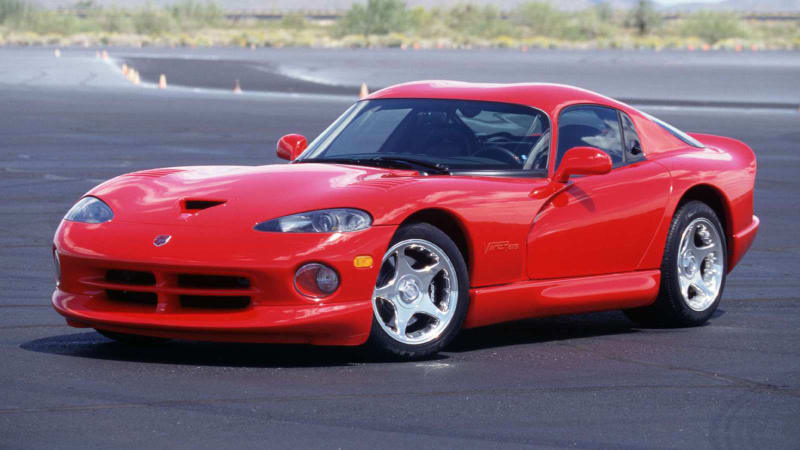 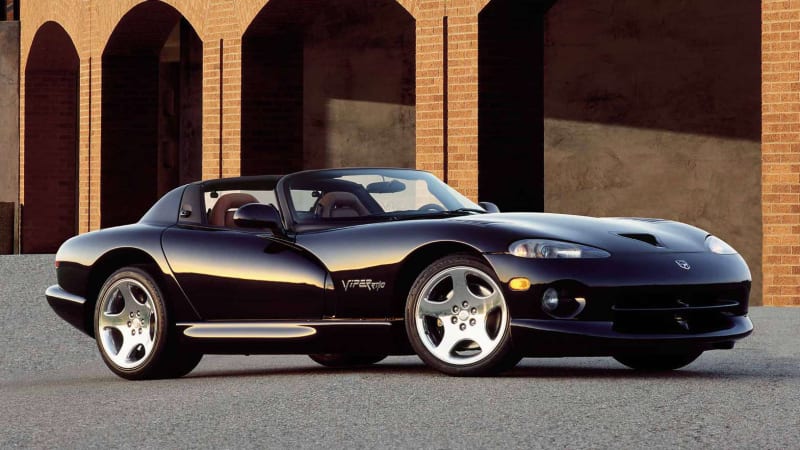 What else to consider?

what else you got This is a tough one, because most Viper fans only really need help choosing between the various V10-powered generations, but consider this: The Viper’s lightweight fiberglass body made it just as svelte as a Porsche 911. Despite its brutish attitude and sledgehammer-like power delivery, the Viper was no muscle car, but it was severely compromised in terms of practicality. The most likely alternative for most buyers will probably be some sort of Corvette, which by the mid-late 90s was being sold with traction control, rudimentary stability control and even magnetic-ride suspension. By the end of the decade, the C5 had arrived and the Z06 was just around the corner.

With ABS, two air bags and a for-real roof, the 2000-2002 Vipers are the most civilized of the early cars, and buyers looking for a toy could easily consider one alongside the likes of an older 911 or really any attainable 90s supercar , but while the care and feeding of these beasts may not seem too intimidating, they require a careful eye and an even more-careful right foot. Tread lightly and help keep these icons on the road for future generations to appreciate.