Mini photoshoot sessions from 9 am to 2 pm at Porter Square Books, 25 White St., Porter Square. Fifty dollars gets a 15-minute session with Taylor Rossi Photography – including a style guide and posing tips – and two edited and retouched photos. For this Pride Month event, the bookshop is donating its portion of profits to The Trevor Project, a suicide-prevention and crisis intervention organization for LGBTQ+ young people. Information is here.

Rocker Robin Lane performs at noon at The Burren, 247 Elm St., Davis Square, Somerville. Tickets are $30. Lane was a pioneer of Boston’s new wave rock scene, touring as a solo artist and with her band Robin Lane and the Chartbusters and opening for acts such as The Kinks, The Cars and Hall & Oates. This Burren Backroom Series celebrates the release of her “Dirt Road to Heaven” album. Information is here. 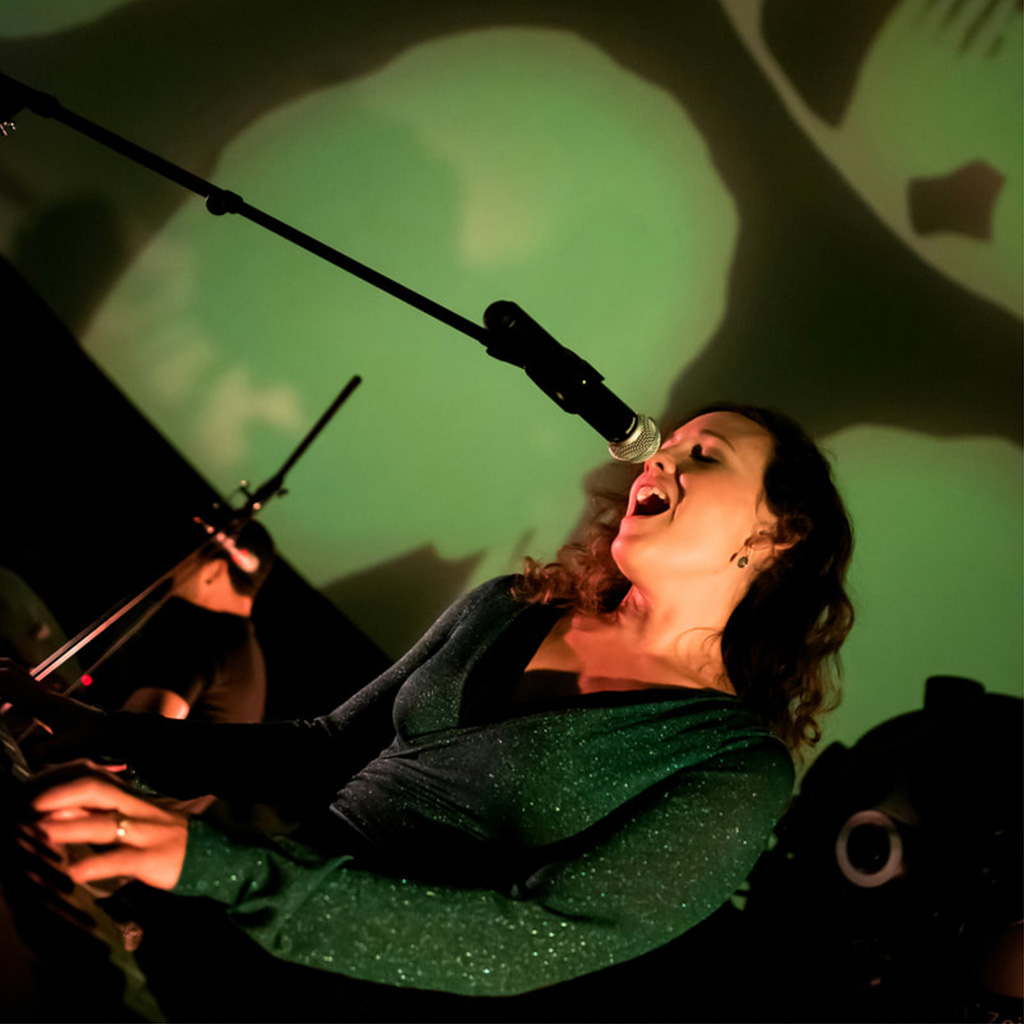 “Medusa Reclaimed” at 2 pm at the Central Square Theater, 450 Massachusetts Ave., Central Square. Tickets are pay-what-you-can. The Nora’s “That’s What She Said” program offers a stage to Brian King’s reimagining of the Medusa myth, asking “Who was Medusa? Did history get her story wrong?” It premiered as an animated radio play with live music in a 2019 sold-out summer run at the Museum of Science, but a grant means further development of the play in a workshop directed by Eileen Little and performed by a cast of six with shadow puppetry by Norah Solorzano and music by the band What Time Is It, Mr. Fox?. Information is here.

Arbor Day Celebration from 4:30 to 6:30 pm at Nathan Tufts/Powderhouse Park, College Avenue and Broadway, Somerville. Free. No, good catch, it’s not Arbor Day (which is in April); nonetheless, the city celebrates its urban forest – and its ability to clean the air, cool, provide habitat for wildlife, lower stress levels, increase property values ​​and more – with some education, a welcome to newly planted trees in the park, making of leaf art and offer of free native plant seedlings to take home. Information is here. 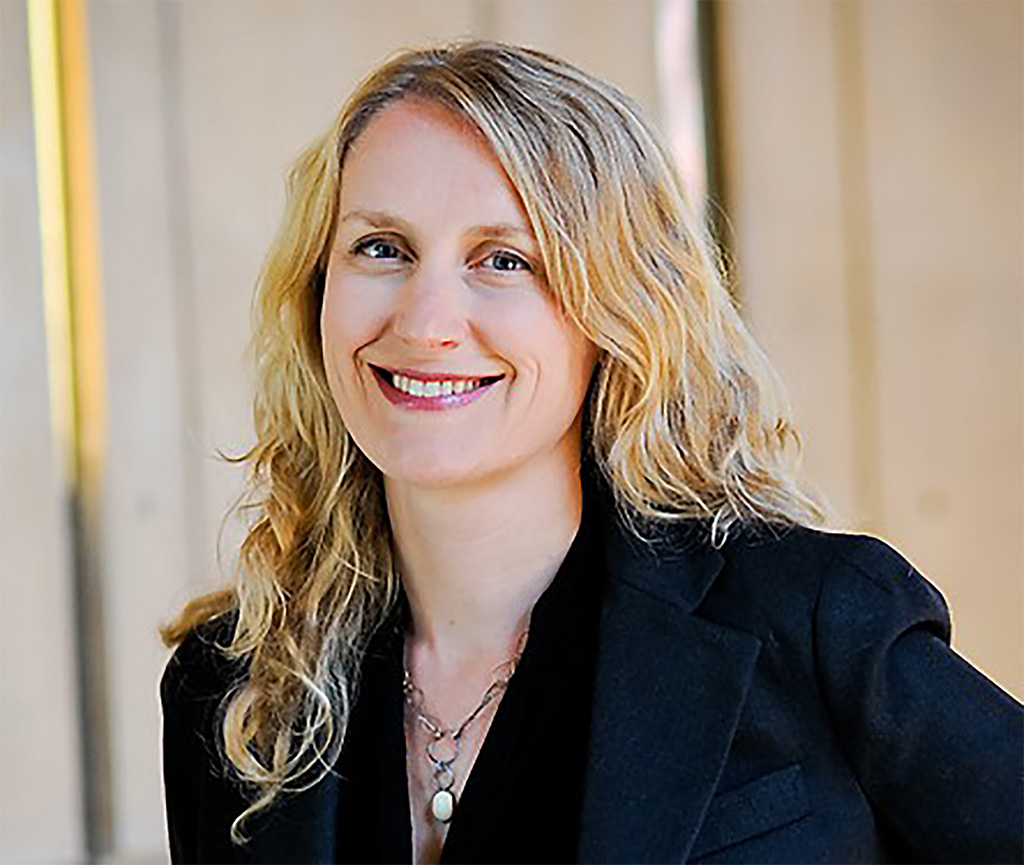 Michelle Wilde Anderson reads from “The Fight to Save the Town: Reimagining Discarded America” at 7 pm at the Harvard Book Store, 1256 Massachusetts Ave., Harvard Square. Free. Decades of cuts to local government funding in blue-collar communities nationwide are examined through a focus on four, including Lawrence, about 29 miles north from here, by Anderson, a professor of property, local government and environmental justice at Stanford Law School. She’ll be in conversation by Dan Rivera, president and chief executive of MassDevelopment and the former mayor of Lawrence. Well-fitting masks are required. Information is here. 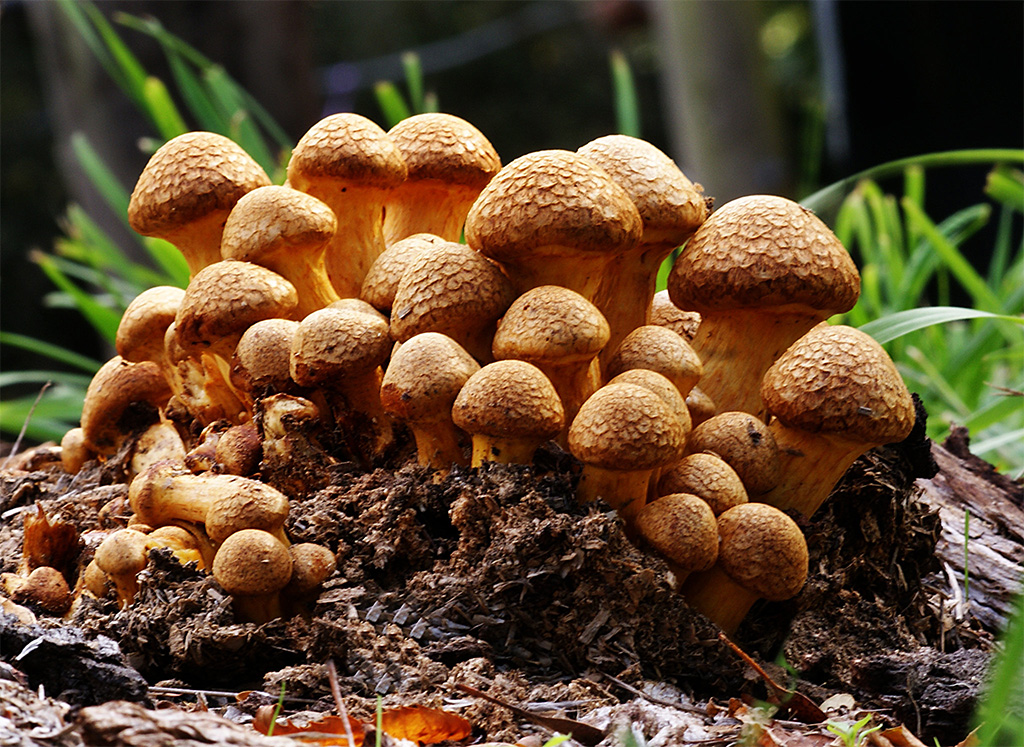 Much Ado About Mushrooms talk at 5 pm virtually. Free from the Cambridge Forum and GBH Forum Network. Giuliana Furci, who founded the Fungi Foundation in 2012, talks about the billion-year-old organisms in general – there are estimated to be 5 million different types, of which we only know 1 percent – ​​and the psychedelic psilocybin mushroom in particular, including its comeback within the medical community in clinical trials showing success in treating patients with severe depression, anxiety and PTSD. Information is here.

SW Leicher reads from “Acts of Atonement” at 5:30 pm at The Harvard Coop, 1400 Massachusetts Ave., Harvard Square. Free. The Harvard alum returns with a tale of New York – and a love story between a Latina woman and a Jewish women who had to renounce their pasts and sever ties with family members to be together. Surges in bigotry and violence have made this work timely, but Leicher, who has a Latina Catholic and American Jewish background, said she “didn’t decide to write a multicultural lesbian love story. I wanted to write a short story about a very pious ultra-orthodox boy with a rebellious older sister named Serach. … I didn’t originally intend to make her gay. It was Serach herself who – a few weeks into plotting the story – came out to me.” Information is here.

The Moth Story Slam from 6:30 to 9:30 pm at The Center for Arts at the Armory, 191 Highland Ave., Somerville. Tickets are $15. This open-mic storytelling competition on the fourth Tuesday of each month is open to anyone who can share a five-minute story on the night’s theme – this time, “destination.” (“Forks in the road, the road less traveled, forging one’s own path. Embarking, disembarking, finding purpose or discovering home. Answering the call to adventure or tales of that first port of call.”) Masks are required for entry and must be worn when not seated. Information is here.

John Shattuck and Sushma Raman read from “Holding Together: The Hijacking of Rights in America and How to Reclaim Them for Everyone” at 7 pm at the Harvard Book Store, 1256 Massachusetts Ave., Harvard Square. Free. With shocking Supreme Court findings last week around women’s health care and privacy, gun control, the separation of church and state and the reading of Miranda rights to crime suspects, a talk that might have seemed dry and academic in other times now seems terrifyingly on point . The authors (who’ll be moderated by Mathias Risse) call the book “a road map for an American rights revival.” Well-fitting masks are required. Information is here. 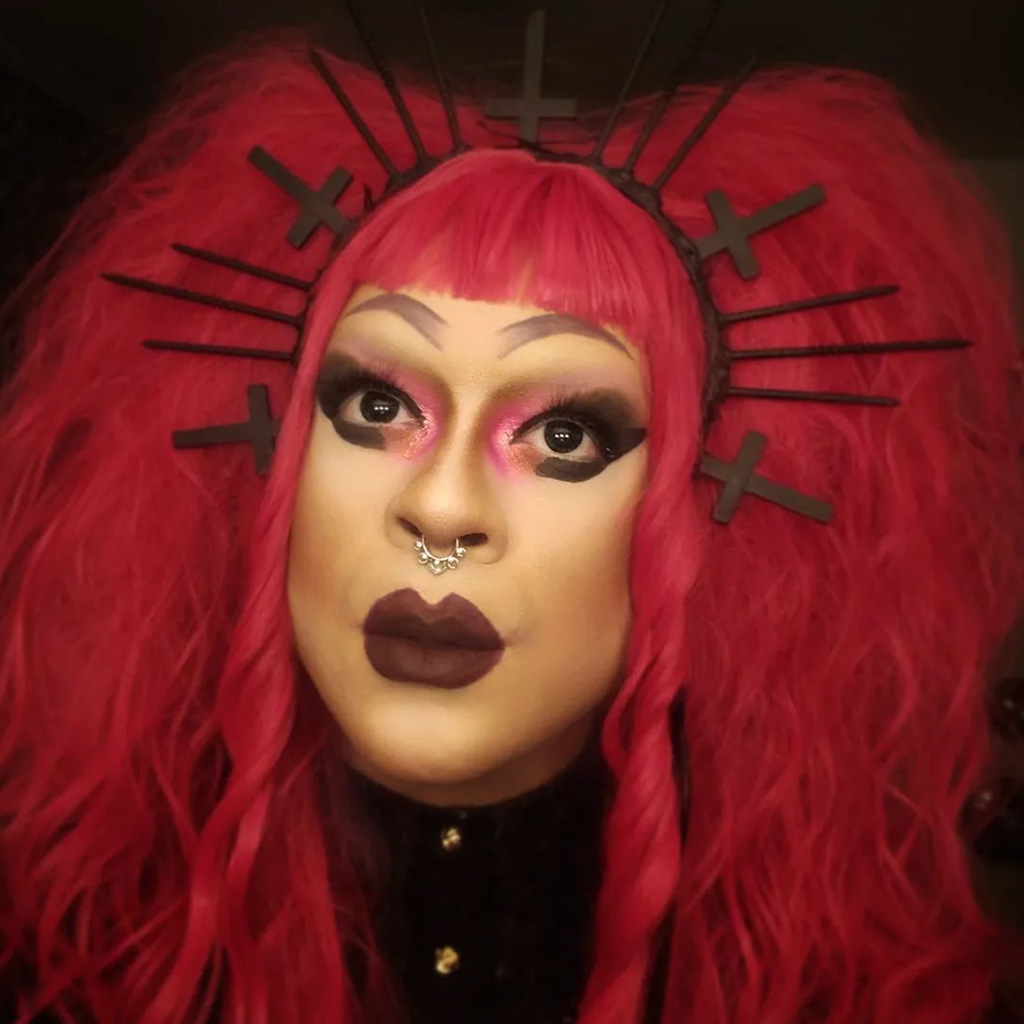 Drag Night from 8 to 10 pm at Aeronaut Brewing, 14 Tyler St., near Union Square, Somerville. Tickets are $10. Local queens Coleslaw and Severity Stone and drag king Travis Tí provide the entertainment. Masks are required when not actively eating or drinking. Information is here. 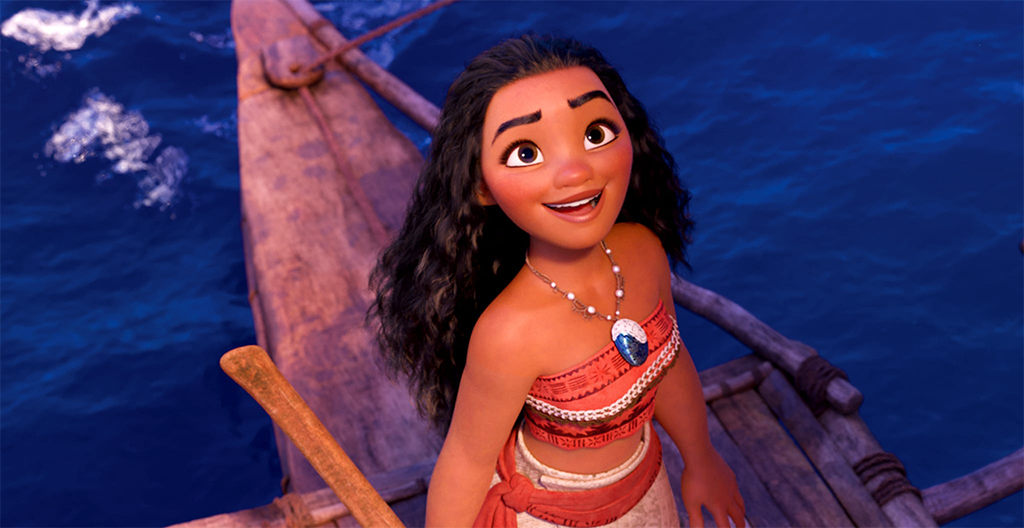 CX Movie Night double-feature from 5 to 9:30 pm in the Maria Baldwin Open Space at CX by Baldwin Park, 222 Jacobs St., North Point. Free, but register for a ticket that includes a free popcorn and water. “Moana” is at 5:30 pm and “School of Rock” at 7:30 pm in this pet-friendly event from The Brattle Theater and East Cambridge Business Association. Food trucks will be on hand too. Information is here.

Boston Dance Theater Trainee Program Showcase from 7 to 9 pm at Starlight Square, 84 Bishop Allen Drive, Central Square. Free. The program includes the world premiere of dances choreographed by Roya Carreras of New York, education director at the city’s Peridance Center; Isvel Bello, a Boston Dance Theater core member; and Malek Washington, whose work has been seen at The White House, the John F. Kennedy Center for the Performing Arts and Jacob’s Pillow and in Australia, Jordan, Mexico and Sweden. Information is here. 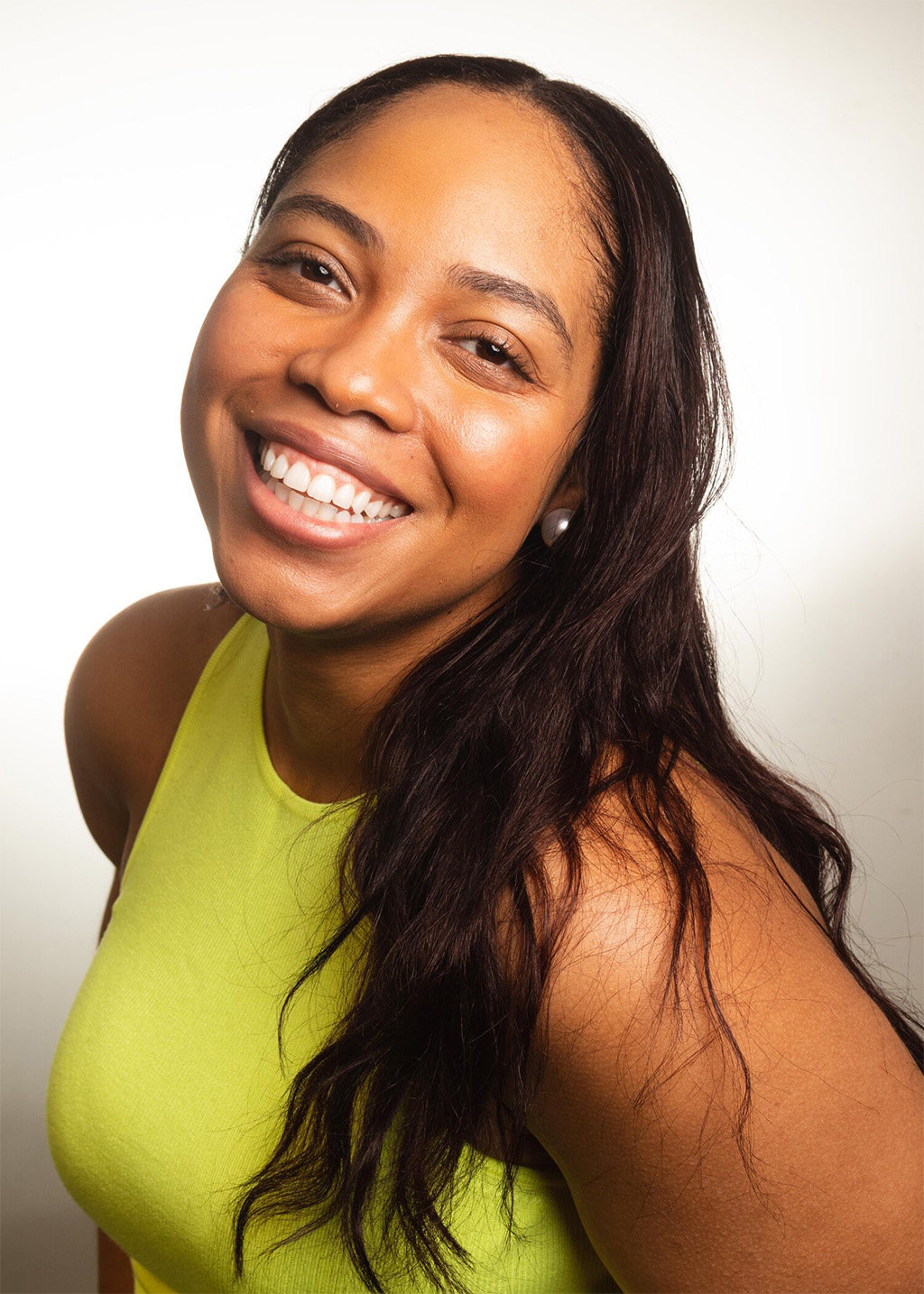 Ain’t That America Comedy from 7 to 9 pm at Starlight Square, 84 Bishop Allen Drive, Central Square. Free. A Fourth of July show for Fourth of July haters – or at least skeptics – is how organizers describe this returning event. Last year host Tooky Kavanagh brought to the stage standup comedians featuring all the “diversity of joy, complaints and talent that Cambridge has to offer” from POC, LGBT, First-Gen and other backgrounds. Information is here.

Los Lorcas poetry reading from 7 to 9 pm at the Grolier Poetry Book Shop on 6 Plympton St., Harvard Square (and online). Suggested donations are $5 and up. Partridge Boswell and Peter Money and accompanist Nat Williams fuse poetry and music to blur the boundaries between spoken word and song by weaving in Andalusian ballads, blues, rock, folk, reggae, hip-hop, Americana and jazz in the spirit of Federico Garcia Lorca. Information is here. 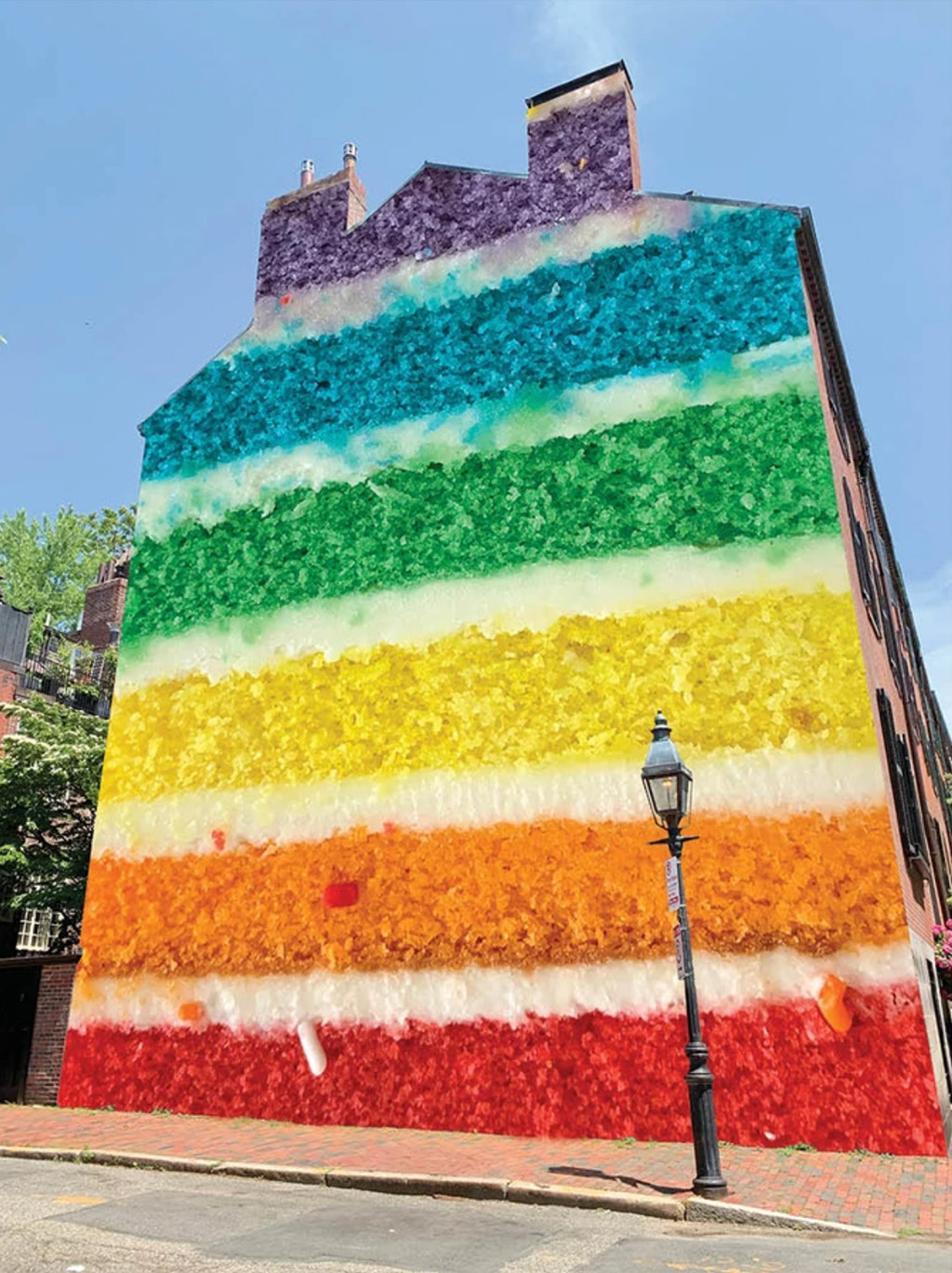 Cake Buildings Show! from 8 am to 3 pm at 1369 Coffee House, 757 Massachusetts Ave., Central Square. Free. Don’t stop in for coffee, pastry, a meal or a meeting without taking note of Chrissy Raftery’s artworks, which look at buildings around Greater Boston and ask: “Is It Cake?” Thanks to some accomplished Photoshopping, the answer is always yes. The exhibit is up through July 31. Information is here.

Shit-Faced Shakespeare’s “Romeo and Juliet” from 7 to 8:15 pm at The Rockwell, 255 Elm St., Davis Square, Somerville. Tickets are $30. It’s the immortal tale of star-crossed lovers but with one actor selected at random every night to drink for the four hours before showtime, leaving the remaining sober cast to fight their way through the show while incorporating, rectifying, justifying and generally improvising around the drunkenness. Versions of this show have been running since 2010 using various Shakespearean works; this one plays Thursdays, Fridays and Saturdays through July 9. Masks and proof of vaccination are required. Information is here.

Harvard Art Museums are free from 10 am to 5 pm at 32 Quincy St., near Harvard Square. A reminder that all galleries and collections are free to visit Sundays. Current shows include “Clay – Modeling African Design”; “White Shadows: Anneliese Hager and the Camera-less Photograph”; “Prints from the Brandywine Workshop and Archives: Creative Communities”; “Crossroads: Drawing the Dutch Landscape”; “Earthly Delights: 6,000 Years of Asian Ceramics”; and – brace yourself – “Curatorial A(i)gents | Living by Protocol: metaLAB in the Lightbox.” Information is here. 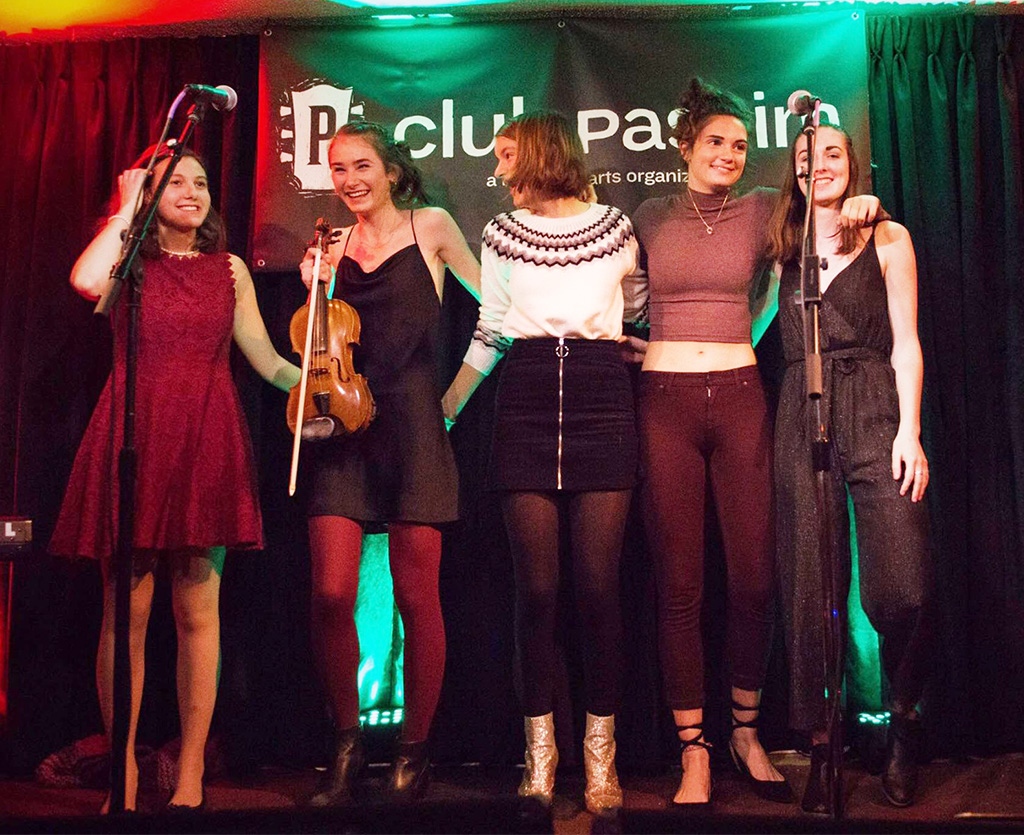 The band Scottish Fish is on the schedule for the Summer Boston Celtic Music Festival at Club Passim. (Photo: Scottish Fish via Facebook)

Summer Boston Celtic Music Festival starting at 2 pm at Club Passim, 47 Palmer St., Harvard Square. Outdoor shows are free; indoor shows are $25; the livestream is $5. This summer offshoot of a larger January event begins with Glenville, brings on Scottish Fish an hour later and moves inside in the evening to bring on Copley Street, with Uilleann piper Joey Abarta and fiddler Nathan Gourley; Louise Bichan & Ethan Setiawan; and Jenna Moynihan, who has performed with The Milk Carton Kids, Laura Cortese & The Dance Cards, Darol Anger & The Furies, and as a soloist at Symphony Hall with the Boston Pops. Information is here.