The dancer spins gracefully on to center stage and strikes a pose. Gyandev Singh sits in a dark room overlooking the proscenium. He gently pushes two of the 60 switches on the lighting panel. A blue light washes over the dancer before she fades into darkness. And thunderous applause fills the hall.

Lighting design, especially for classical dance, has gained considerable prominence in the last decade. While Indian classical dance forms traditionally related on sunlight and lamp light, historic practices encouraged a theatrical use of shadow. According to some hereditary gurus, a lamp light was kept near the face to illuminate the dancer’s expressions when she performed an abhinaya piece seated. The lighting requirements changed as the dance form transitioned to the proscenium from temples and royal courts. In the middle of the 20th century, as classical dance began appearing more frequently on the stage, it was lit by the resident technicians of auditoriums who employed a harsh, theatrical method. While international dance had a longer history of proscenium spaces, its lighting design had also evolved to accommodate interaction between the dancing body and the light designer. In India, the proscenium was a new home to a historical form, making illumination the only priority in dance lighting.

This method continued until the late 1990s and early 2000; then came companies like Nrityagram (founded by Protima Bedi) that began touring with their own lighting designer. While the evolution was slow, the visual oeuvre of the dance began transforming to accommodate a more international sensibility. One of the most significant turning points was the Kathak exponent Aditi Mangaldas’ 2006 collaboration with Fabiana Piccoli for ‘Timeless’. This production brought an entirely novel, international dance aesthetic to the Indian stage. At the time, Aditi was hunting for young students of lighting design who could execute Piccoli’s plans. The young, unassuming Gyandev Singh stepped up to the challenge, and some would argue that lighting for classical dance would never be the same again.

A career in lighting

Gyandev Singh graduated from the National School of Drama with a specialization in design and direction. Having dabbled in acting and documentary filmmaking, he gravitated towards lighting as it seemed like a sensible and sustainable career choice.

His early projects were within the realm of theater, in association with artists like Roysten Abel and Abhilash Pillai, exploring the idea of ​​light in a more natural sense. Yet, his early exposure to Bharatanatyam through close family friend Navtej Singh Johar, left him curious about light in the space of classical dance. “I asked myself how can we create psychological and emotional contexts through design?,” says Gyandev, who is currently in Ahmedabad making a documentary film on veteran dancer-choreographer Kumudini Lakhia. “A situation on stage can be shown through so many different metaphors. How can light enable the narrative?” This critical approach has been the bedrock of his design philosophy, captivating senior dancers such as Leela Samson, Malavika Sarukkai, Ananda Shankar Jayant and others. He asserts that the perception of lighting as a production aspect should shift from a technical to an artistic one.

While discussing his most significant influences, Gyandev credits Fabiana Piccoli for changing his perspective dramatically. “Fabiana coaxed me into adopting a more liberal, inclusive design ideology,” he says. “When we traveled abroad on tours, I would watch other productions and realize the scope of lighting design on the stage.” He first implemented these techniques on tour with Leela Samson’s production, ‘Charishnu’, which incorporated all the classical dance forms. As early as this production, Gyandev’s signature style was evident, where light became another character on stage.

To dancers who are used to marking out their positions on stage with tape on the floor, Gyandev Singh’s methods may seem radical. “What differentiates us from cinema? It is the live-ness of our performances. Can lighting be an act of live artistry along with music and dance?” He argues that the language of spots and washes with floor tape will soon be a thing of the past and suggests that light should meet the dancer where he/she is on stage. To explain this further, the designer employs the allegory of negotiation. “If the light and the dancer are in conversation, the light doesn’t have legs and the dancer does, so the agreement is that the light is fixed and the dancer is movable. What if the dancer doesn’t feel like moving? What if we think about the concept of design itself as much larger than this negotiation?” 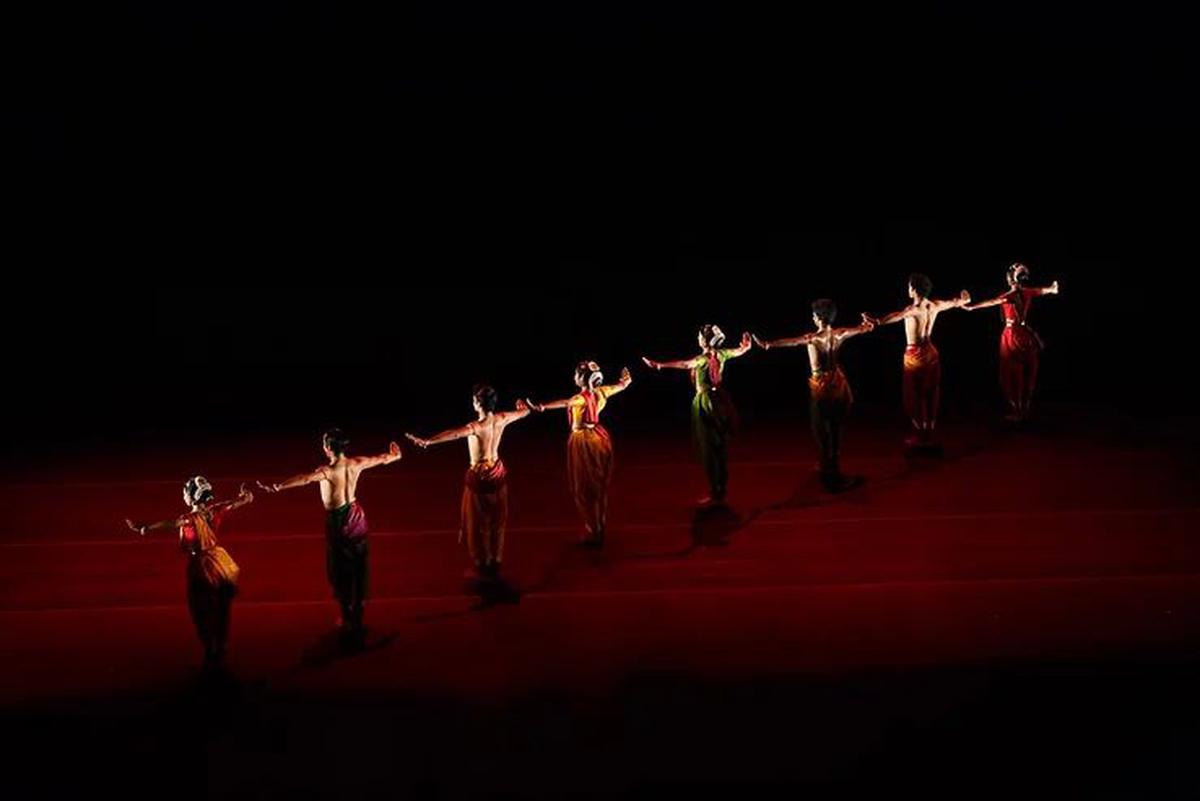 Lights and a live dancing body

To work with Gyandev Singh, therefore, is to trust him unequivocally. His philosophy of bringing a ‘live’ aspect to lighting was the basis for an India Foundation for the Arts grant that developed a system for lighting to interact with a live dancing body. Singh is unapologetic about his artistry and determined to change the perception of lighting as craft.

His most recent project, ‘Parama Padam’ for Singapore-based Apsaras Arts saw a creative use of light to evoke the sense of the board game, Snakes and Ladders. “The key is not to neglect the stage floor,” says Gyandev, “pools of light can increase or decrease the perceived size of the stage and reflect upon the dancer in interesting ways”. The solo thematic work utilized projections instead of sets for establishing scenes, employing a new trend. According to Gyandev, this practice allows the production to travel easily. For this to happen, he says that he must get involved at the choreographic stage itself. For ‘Parama Padam’, we started thinking about space together at the ideation stage.”

While emerging trends in the classical arts are seeing several prominent dancers invest in lighting design, one wonders how classical dancers can gain more awareness. How do we dance with light and not for it? How do we think beyond the limitations of our bodies to create an artistic experience? As a skilled translator between movement and light, the future of classical dance aesthetics is safe in the hands of Gyandev Singh.

The Bengaluru-based writer is a dancer and research scholar.