Flex Lewis is the most successful 212 athlete to compete in the sport of bodybuilding. After officially retiring from the sport, Lewis shared a downsized physique update with his fans, showcasing his new weight of 213.6-pounds.

Lewis, who hails from Wales, came to North America with just a few dollars to his name. He eventually discovered his first love, which was the sport of bodybuilding, and managed to find success rather quickly. In 2012, Lewis captured the 212 Olympia title, thus earning his invitation to compete in the same category at the annual show for a lifetime. After earning his first Sandow trophy, the bodybuilding phenom proceeded to win the same contest for another six years straight. He holds the record for most 212 Olympia victories at seven.

Throughout his professional tenure, Lewis put a beating on his opponents with jarring size and detailed conditioning. In light of his continued success, many fans began to call for the 38-year-old to take on the freakiest bodybuilders in the world, who mostly competed in the Men’s Open division. While Lewis hinted that he would be making the switch, he informed his fanbase that it wasn’t happening during his retirement statement.

The former 212 Olympia champ noted that a ‘collection of things’ resulted in his decision to retire. One of the major reasons he was unable to debut in Men’s Open bodybuilding was because prolonged nausea prevented him from adding adequate muscle mass. Since retiring from the sport, Lewis clarified last month that he’s already lost 25-pounds and feels ‘fantastic’.

Lewis was recently asked by fans to show off his physique without his signature hoodie sweatshirt hiding his upper body. The former 212 Olympia winner obliged and updated his Instagram stories with a poolside picture of his current build.

In preparation for 212 bodybuilding shows, Lewis was accustomed to weight cutting in order to meet the requirements for his category. However, now that he’s retired, the Pro can drop his shoulders for once, and not concern himself with maintaining a world-class athletic standard.

In addition to sharing a recent update, the bodybuilding great also revealed his current weight, which is sitting at 213.6-pounds. 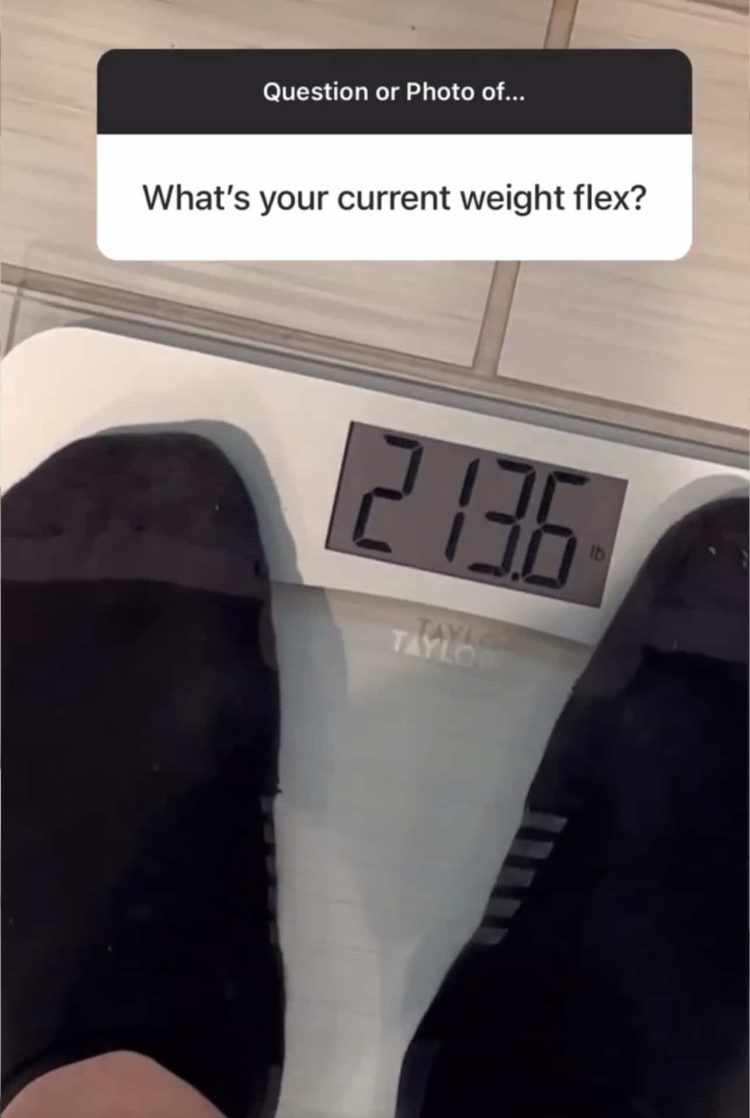 Lewis is not the only physique athlete to commit to a dramatic downsizing. 2008 Mr. Olympia Dexter Jackson has also made it a point to trim down his overall build. With a number of high-profile bodybuilders dying in the last two years, many in the community have started to voice their concern about steroids and athletes carrying too much size year-round.

Former Arnold Classic champion and retired IFBB Pro Dennis Wolf has also gone to great lengths to trim down his monstrous physique. Given that he no longer has to load carbohydrates and protein as he used to for competitions, Wolf is another high-profile athlete benefiting from trimming down.

As it stands, Lewis is now enjoying his days in retirement, dedicated to growing his family and continuing his successful efforts as an entrepreneur. With nothing left to prove in bodybuilding, Lewis is prioritizing his health and longevity after stepping away from the sport.