CHENNAI: Physical health and fitness are given due importance by many in Chennai, and the rising number of new fitness routines, techniques and arenas that are taking off in the city are irrefutable proof of that. The latest of these fitness art forms in Chennai is a delicate combination of dance, acrobatics and martial arts from across the Pacific Ocean. Capoeira is a 400-year old Brazilian martial art and dance form, popular around the world now, and with Abdul Sattar, a Dubai-based Chennaite returning here, he’s bringing his two years of Capoeira training too!

“Capoeira is all about the energy,” Abdul says, as we meet him for a brief introduction to the art form. A fast, versatile martial art, Capoeira emphasizes on using the lower body to kick, sweep and take down the opponent and the upper body to assist those movements and occasionally attack too. It features a series of complex positions and body postures flowing continuously — striking and dodging without breaking motion. There are two styles — Angola, where it’s more basic, it’s slow and subtle; and Regional is fast and more about the martial art.

“I prefer the former; it’s more interesting,” Abdul quips. He proceeds to demonstrate a basic move called ‘Ginga’ — a continuous rocking back and forth of the legs, sideways. “It is the fundamental movement in Capoeira,” he explains.

Age, gender, weight or knowledge of any dance is not a criterion for Capoiera — it can be picked up and learn by anyone. “It involves music, dance, a bit of acrobatics — something for everyone. Even with basic moves, it feels easy — but soon you will feel some pressure on your thighs a bit,” he explains.
More than fitness, Abdul says Capoeira also teaches culture and respect for your opponent and master. Each Capoeira class ends with a traditional ‘Roda’, where all the students and masters form a circle. Two people take to a game of Capoeira in the centre, with traditional music playing live or in a sound system in the background. 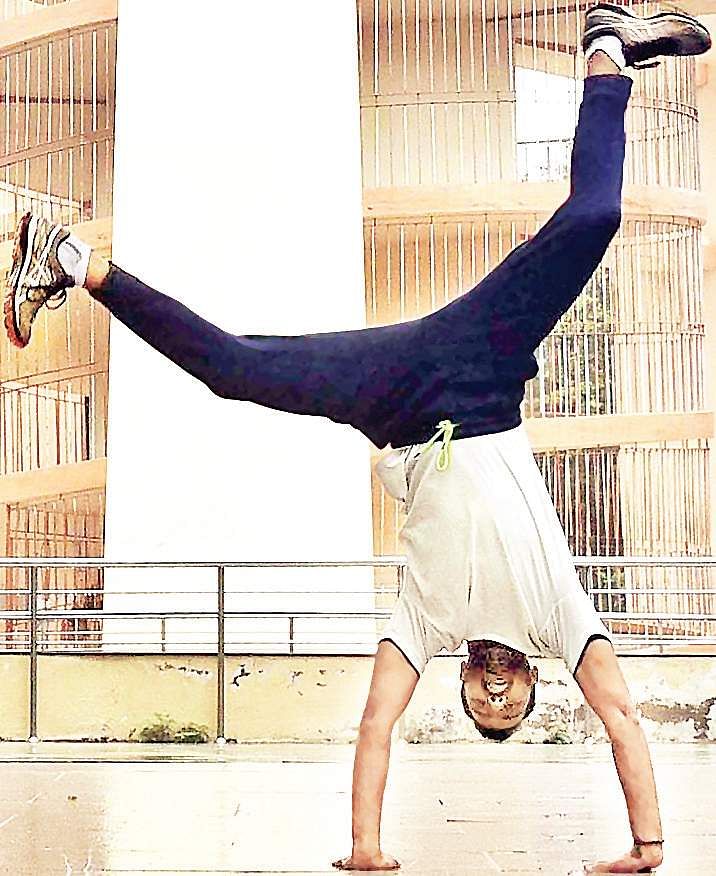 “Each Capoeirista around the circle can enter and challenge the two existing ones. It’s friendly and non-threatening but still challenging game!” he says, recalling his first ‘Roda’ as being quite intimidating to be part of, but amusing to watch. “Injuries never occur if it’s a friendly game, so nothing to worry about,” Abdul assures.

Capoiera has followers all across the world, transported from Brazil by master capoeiristas. In India, Capoeira has groups in Delhi, Goa, Mumbai and Pondicherry. Abdul admits he was initially conceptual about Chennai. “I wasn’t sure if people would have time for this, but the response has been great!” he says.
Several people have RSVP’d so far, and among them, a self-learnt amateur capoeirista as well! “He told me that he has been learning his moves from online Capoeira videos so far and is finally glad that he can practice in real!” Abdul is all smiles about the prospect of meeting old and new Capoeira enthusiasts.

Capoeira is believed to have been created during the 16th Century by African slaves who were taken from West Africa to Brazil by the Portuguese. Prohibited from celebrating their cultural customs and strictly forbidden from practicing any martial arts, Capoeira emerged as a way to bypass these two imposing laws. Hidden in the musical and rhythmical elements of the form, violent kicks were disguised as passionate dance movements, and its combination of a mixture of West African cultures saved it from being identified as an attempt to preserve any specific tradition.

Benefits
Enhances flexibility and agility, improves balance, boosts heart health, strengthens the upper body, teaches respect and camaraderie, and can also be a form of self-defense

The first free-introductory class of Capoeira will be held on November 19 at Leo Dance studio Perungudi, from 5 pm. For details, call Abdul: 9677139544