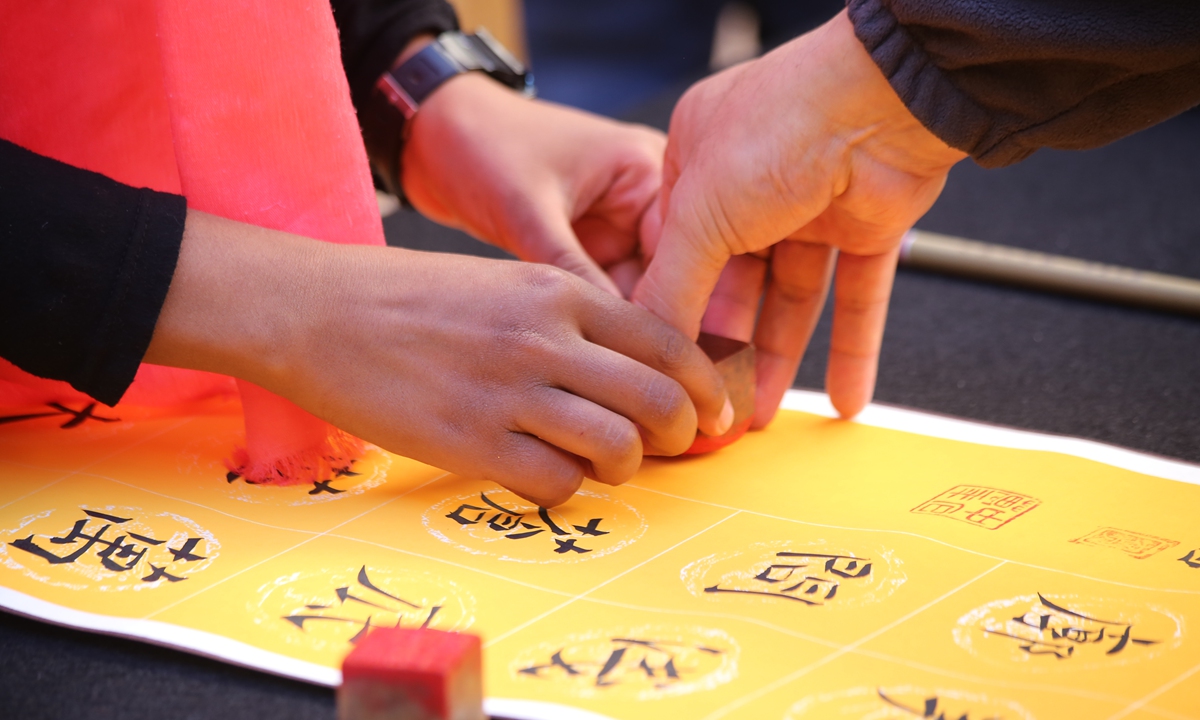 Dressed in an elegant maroon suit and shiny leather shoes, Hansnick Omondi electrified the audience at Kenya’s oldest university auditorium with an eloquent speech in Chinese that extolled the virtues of friendship and hard work.

The 22-year-old Chinese language major at the University of Nairobi’s Confucius Institute became a sensation at the Chinese language proficiency contest held on Friday with his refined mannerism, fashion sense and huge stage presence while delivering the speech.

“It took me about four months to prepare for the speech and it touched on China-Kenya cooperation mainly in infrastructure development, our friendship and its benefits to all parties,” Omondi told the Xinhua News Agency after he was declared the winner of the Kenya Division of the 21st edition of the Chinese Proficiency Competition for Foreign College Students.

The bubbly youth, who is also pursuing tourism at the University of Nairobi as a minor, will head to the next round, to showcase his mastery of spoken Chinese.

Born and raised in a middle-income family in Nairobi, Omondi’s curiosity to learn the Chinese language developed while in high school, thanks to inspiration from his elder sister who was studying it at the University of Nairobi.

The elder sister who was pursuing a certificate course in Chinese used to recite it in the presence of Omondi, hence giving him a head start in mastering some basic expressions in the language.

While admitting that he needed to improve his intonation and characters in his quest for prowess in the Chinese language, Omondi noted that it would pave the way for a career in diplomacy or the hospitality industry.

Kenya’s largest and oldest university, the University of Nairobi, held on Friday the preliminary round of the proficiency contest.

The 15 students drawn from the country’s four public universities and shortlisted from an initial list of 200 were clad in glittering costumes as they lifted the mood of the audience with speeches, songs, dances and martial arts.

Mitchell Muthoni, a 23-year-old major in Chinese language and culture at the University of Nairobi’s Confucius Institute who scooped the second prize, stole Omondi’s thunder when she performed the Peking Opera tune “Li Hua Song.”

Muthoni’s silky vocals as she belted out the renowned classical song coupled with dazzling costumes created a sensation in the auditorium filled with a diverse audience that including diplomats, local officials, students and faculty.

The speech part of her presentation, which lasted about three minutes, was a bit challenging, though the Nairobi-born youth disclosed that confidence and prior preparation allowed her to sail through.

Inspired to study Chinese after watching numerous movies on China’s rich culture, Muthoni said that she looked forward to a successful career in the corporate world or international relations after completing her studies.

“It is amazing to witness Kenyan youth secure jobs and exposure courtesy of studying the Chinese language,” said Muthoni, adding that her four years of studying Chinese language and culture have inspired her younger peers to follow in her footsteps.

Stephen Kiama, vice-chancellor at University of Nairobi, hailed the quality of the students’ presentations as a testament to their growing affinity for key elements of Chinese language and culture.

Kiama stressed that by studying Chinese language and culture, local youth stand a better chance of securing gainful employment besides acting as a bridge for fostering Sino-Kenyan ties in diverse spheres.

Cynthia Irungu, a 23-year-old business major who is pursuing a certificate course in Chinese at Moi University, agreed that the language has inspired local youth to dream of a bright and sunny future.

Irungu scooped third prize after presenting a traditional but famous song about the sacrifices parents make to ensure their offspring are prosperous and happy.

Prior to the performance, Irungu said that her Chinese tutor led her through rigorous practice sessions in addition to encouraging her to be calm and confident while performing on stage.

While growing up in the lush green central Kenyan county of Nyeri, Irungu was exposed to Chinese movies and kung fu, thus motivating her to study the Chinese language when she joined the university.

Irungu is convinced that as more Kenyan youth master Chinese language and culture, the friendship between the two nations and their peoples will flourish and bring about mutual benefits.

Brian Otieri, a 21-year-old Chinese language major at the University of Nairobi’s Confucius Institute who impressed the audience with his meticulous performance of tai chi and calligraphy, said that he looked forward to becoming a translator or teacher after completing his studies.

The Nairobi-born youth said that his exposure to Chinese culture through movies at a tender age motivated him to learn Chinese with the hope it would enable him to blend in a cross-cultural working environment.