DANCING with the Stars judge Carrie Ann Inaba has revealed she has split from her boyfriend Fabien Viteri and says she’s proud to be “single at 54.”

Carrie gushed exclusively to The Sun that she has “never felt happier” after breaking up with Fabien amid ongoing medical crises.

Carrie spoke exclusively on camera about her breakup and health issues at The Critics Choice Real TV Awards.

The awards ceremony was launched in 2019 as a platform to give the growing unscripted genre of reality television attention and support.

Carrie exclusively told The Sun she was dating Fabien on and off since the summer of 2020 as they have now officially called it quits. 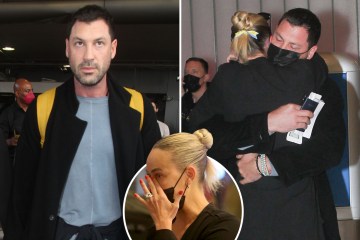 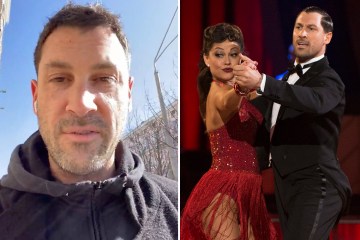 They briefly split in May 2021 before reconciling again last summer.

Carrie exclusively confirmed the couple’s second split and said she is now focusing on her health.

She said: “I am happier than I have ever been. The pandemic was a good time to do introspection and work on things that weren’t so great and change parts of myself and delve deeper.”

Carrie continued: “I am really settled. I am 54, and yes, I am single. To some people, that can be triggering, and even for myself, at points, it has been.

Most read in Entertainment

“But it is absolutely special because it is my life. I am making choices that feel really good to me.”

Carried continued to open up and said it felt strange returning to a major awards show after the pandemic, especially as the lockdowns made her more reclusive.

She said: “I am already a bit of a recluse, I needed to re-acclimate, although this reality television, I feel like I am in my home.”

Carrie confessed: “This is the world I have been working in for most of my life, so it makes me feel great to be here.”

The DWTS judge has previously told her fans she struggles with multiple autoimmune diseases and health conditions like lupus, Sjögren’s syndrome and fibromyalgia.

Along with her time as a DWTS judge, Carrie was also a host of the popular morning show The Talk.

She took a break from the show in April 2021 to “focus on her health” and it was confirmed back in August that she would no longer be returning.

Carrie took the time after getting her diagnosis for Sjögren’s Syndrome and fibromyalgia.

According to the Center for Disease Control, fibromyalgia is a condition that causes pain all over the body, sleep problems, fatigue, and emotional and mental distress.

Sjögren’s Syndrome is an autoimmune disease that causes fatigue, pain, and dryness of the eyes and mouth.

She also suffers from lupus, rheumatoid arthritis, and vasculitis.

She has created a regimen of craniosacral therapy, acupuncture, yoga, Pilates and Reiki to deal with the pain she experiences as a result of her conditions.

Carrie candidly told her co-hosts on The Talk during her time on the show that she felt “so much shame” about her illnesses.

“I have all these autoimmune conditions, and I’m in a really bad flare,” she said.

“It sounds so silly, but people who have these like invisible illnesses – whether it’s rheumatoid arthritis, or a gastrointestinal thing… I feel so much shame when I go through these things, because I want to be what people see. And people see a healthy person, from the outside,” she continued.

“I look healthy and I am really healthy — all things considered, but then I have these incredible sharp pains like today [the hairstylist] was doing my hair and he barely touched me but I thought he burnt me with a curling iron because my body is in a fibromyalgia flare.”

She once said that getting her diagnosis was “overwhelming” and that she went through a “period of anxiety and depression” to the National Institute of Health’s MedLine Plus magazine.

She said that despite her struggles, she tries to stay strong.

“I want to encourage people because even though I feel shame, I know at the same time I shouldn’t feel shame,” the DWTS judge explained on the show.

“I love when life throws me something challenging,” she said positively. “Because I know something beautiful is just around the corner.”

STICKING WITH THE STARS

Although Carrie departed The Talk, she has stuck it out and continued to appear as a guest host on DWTS.

Even though the popular competition show is moving to Disney+ for the next season, it has been confirmed Carrie plans on joining the judges for season 31.