An Ennis man has been appointed Director of Rugby at a US university.

After successfully guiding the University of Rio Grande’s first-year rugby team through a tumultuous Spring period, Adrian Pilkington has been offered the opportunity of making the program his own.

School officials have announced that Pilkington, an assistant coach with the RedStorm for the 2021-22 season, has been elevated to the role of Director of Rugby and will serve as the head coach of the men’s and women’s teams beginning with the Fall 2022 campaign.

Pilkington replaces Corey Momsen, who left Rio Grande to pursue another coaching opportunity in February shortly after the Spring semester had already begun.

The RedStorm posted a 10-1 record and reached one of National Collegiate Rugby’s four Small Schools Division regional championships in the Fall, but a Spring season appeared as if it wasn’t going to happen after Momsen’s departure.

A handful of players also left school prior to Momsen leaving, while others were sidelined by injury or returned to one of the other athletic programs which they were also part of.

Pilkington picked up the pieces in the role of interim head coach and put together a roster comprised of the few returnees – along with first-time participants from Rio’s wrestling and men’s soccer programs – and compiled an 8-4-1 record over the course of a three-tournament schedule. 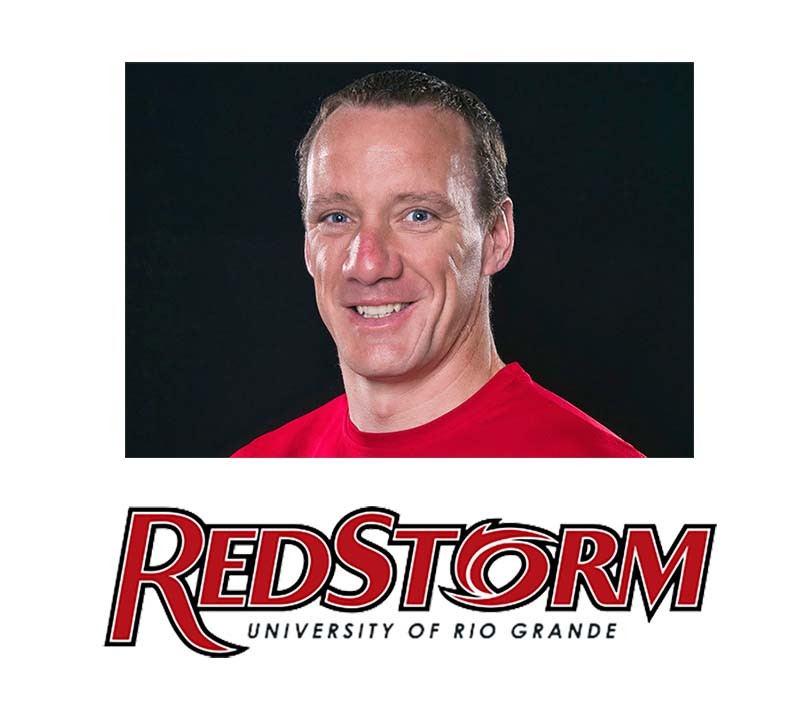 “I’m very excited to be taking over the role of head coach and trying to build on the foundation that was set in our inaugural season. I truly believe the foundations are in place for this program to only grow in structure and I’m very excited to be leading that growth,” Pilkington said. “After taking on the role of interim head coach, I’m pleased that the administration felt comfortable in the work that I’d done during that brief stint to give me their backing toward bringing the program forward to where we both want it to go “

“We’re very excited to move coach Pilkington into the head coach position for our Rugby program,” said Jeff Lanham, Rio Grande’s Director of Athletics. “His commitment to preparing student-athletes for life and his deep ties to the international rugby world were large factors in our selection. We feel like he’ll engage our community, build relationships and positively impact the lives of our student-athletes, all while continuing to build a championship-caliber program.”

In addition to everyday office duties, Pilkington also managed to maintain previous recruiting contacts – and create new ones – during his time with the “interim” tag. By doing so, he’s expecting the transition into his new role to be a smooth one.

“While there will be a bit more added responsibility on me in terms of administrative work, I don’t feel like there will be too much of mountain to climb as far as transitioning into the main role. It’s just a title at the end of the day. I’ll still be the same old me, only now I’ll have the final say on things,” said the 42-year-old Pilkington, a native of Ennis County Clare, Ireland. “The hardest part will be being away from my family longer than I already have been. But they’re happy for me to get this opportunity and I’m grateful to them for allowing me the chance to do it.”

Pilkington currently resides in Galway, Ireland with his wife, Karen, their two daughters, Chloe and Leah, and step-daughter, Rachel.

Club President Kieran Faherty made a presentation to Adrian Pilkington who is leaving Corinthians to take up a new role with the University of Rio Grande where he will join their coaching staff. The club thanks Adrian for his incredible service and we wish him well in the future. pic.twitter.com/wSwFJWHoPI

Pilkington added that he was blown away by the generosity and hospitality he received after his arrival last Fall, noting the pride toward the University and its athletic programs.

“It’s an exciting time at Rio now in terms of where they want to grow as a University and it’s an exciting time for Rio Rugby, too,” he said. “I want to play my part in building on the progress that’s been made to date and to ensure that we deliver on the real potential that exists in this group. Down the road, we want to take the program to where it’s competing at the highest level in collegiate rugby.”

Along with recruiting, Pilkington is diving head first into scheduling and getting the women’s team off the ground – something that, for various reasons, didn’t happen in year one.

“First and foremost, I have to build and add to the squad of players that we have in place now,” he said. “Our goal this year is to win a National Championship and, having come so close to getting to that stage last season, I definitely feel with the addition of one or two more players to the squad it’s something that’s definitely not beyond our reach.”

He’s also excited about the chance to do it all with the backing of a fan base which embraced the sport from the get-go.

“We developed a very strong fan base during our first season and I hope that I can count on those fans returning to fill the hill in the coming season,” said Pilkington. “We’ve only scratched the surface in terms of the fan base that we can build and that was evident by the amount of people who followed us to games last year – especially when we went to St. Louis for regional finals. I hope that we can give those fans – and the new generation of fans that we pick up along the way – another successful season to cheer us on.”