Justin Hodges has slammed former Broncos teammate Ben Hannant after he was a no-show at a press conference before his boxing bout on Wednesday night.

Hannant and Hodge, long-time former teammates at the Broncos and Queensland, are due to fight on the undercard of the super featherweight title bout between Liam Wilson and Matias Rueda at the Brisbane Convention Centre.

The bizarre, unexpected absence of Hannant at the press conference has cast doubt over whether the fight will actually go ahead.

Promoter George Rose said the no-show was ‘a little bit of a concern’, while Hodges did not mince his words when asked about his opponent going AWOL.

‘It’s extremely disappointing, especially after all the rubbish he’s been talking. I don’t know where he is,’ he said at the press conference.

‘We’ve been training now for four weeks, hard, and to get here now and find out that he’s not here that’s extremely disappointing. If he doesn’t turn up I’m going to have to drive down there and flog him outside the ring.’ 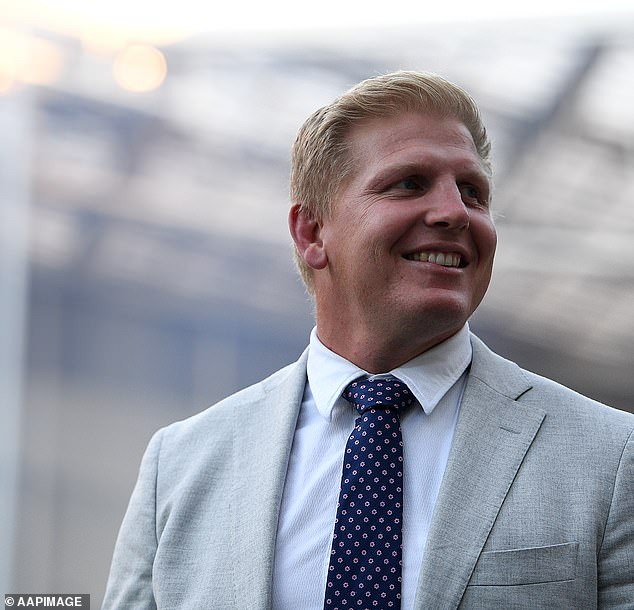 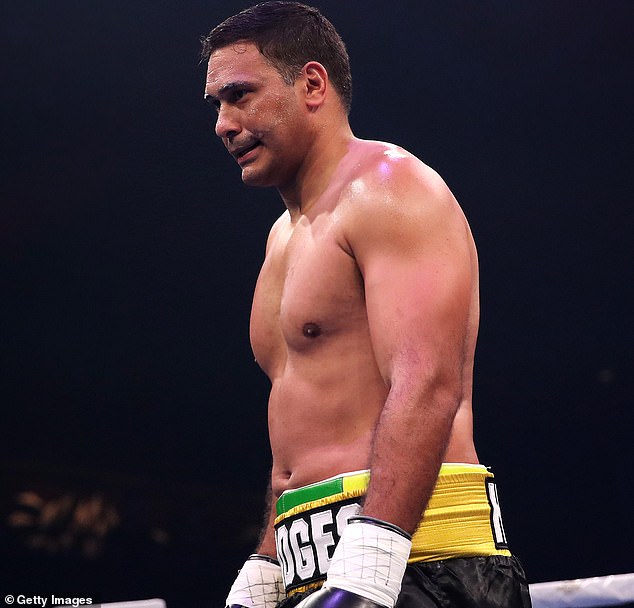 Justin Hodges after fighting Troy McMahon in 2019, who he knocked out within 20 seconds

Rose, himself a former NRL hardman, was not impressed Hannant could talk the talk during the week, but not walk the walk.

‘Ben Hannant hasn’t turned up today and it’s strange because he hammered me on live radio during the week. He wanted knock-out bonuses and all these sorts of things and he doesn’t even turn up to the press conference,’ he said.

‘It’s a little bit of a concern for us. It puts us in a position where if he doesn’t turn up tomorrow, where he’s got to weigh in for the fight, then the fight can’t go ahead.

‘Come on Ben […] how about you just turn up to the events you’re meant to turn up to and we’ll start with that. Let’s get this fight on,’ said Rose. 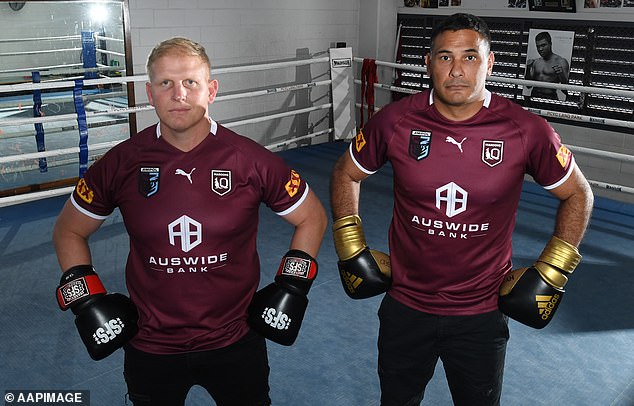 Whether the absence is a publicity stunt remains to be seen, but Hannant was keen to play the underdog fight when the fight was officially announced on June 16.

‘I think it’s smart from Hodgey only giving me four weeks notice, I was eating 116kg pizzas […] I was a fat mess to put it lightly, and in the space of two weeks I’ve dropped eight kilos,’ he said.

‘There’s nowhere to hide come June 29 […] Hodgey wants to be a boxer […] he’s got everything to lose and nothing to gain – I don’t pretend to be a fighter.’

Make no mistake, this is no play fight – there is a lot on the line for Hodges and Hannant. 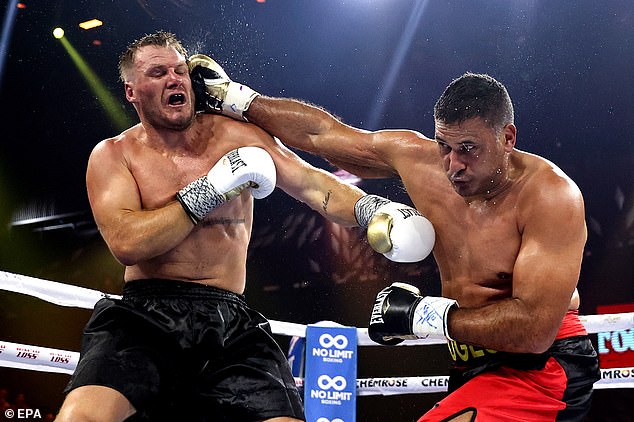 The winner is expected to take on former Cronulla star Paul Gallen, who has an enviable 12-2-1 record; and Hodges said at the press conference he was ready for his shot.

‘You want to take on the best and I’ve done that through my rugby league career and I’m not scared. I wouldn’t run away from a challenge,’ he said.

‘Once I get through Ben, if there’s an opportunity to fight Gal and it would obviously be my last fight and I could move on to my coaching career.’

It was a tough start to the press conference for Hodges, who played 24 matches for Queensland.

He lost a bet with his manager Glen Jennings that he’d have to turn up in a NSW Blues jersey if the Maroons lost, and lose they did, in a 44-12 thrashing.

‘Gee that’s a yuck colour. What a terrible jersey,’ Hodges laughed as he ripped the jersey off.