At the Coimbra Cadet European Cup this weekend, GB Judoka picked up four bronze medals as Charlotte Jenman secured her third European Cup podium place of the season on the opening day. On the second day, Chloe Link and Julia Marczak picked up their first Continental Cup medals taking bronze whilst Luke Davies added to his medal tally, also with a bronze medal.

Meanwhile, at the IBSA Judo Grand-Prix Nur-Sultan in Kazakhstan, the VI squad swept up medals across the women’s J2 + 70kg category and the men’s J2 +90kg category, including an international debut for Kirsten Taylor and team mates Chris Skelley and Jack Hodgson sharing the podium.

Charlotte Jenman was the first to medal in Portugal, taking the bronze medal in the -52kg category. Following an opening bye round, Jenman defeated Ilaria Venturi (ITA) in round 2 but fell to Faustine Wallon (FRA) in her quarter final fight. After two successful repechage fights against Ines Teresa Villahoz Martinez (ESP) and Madeleine Birri (GBR), Jenman then went on to win the bronze medal contest against Anna Tieliegina (UKR)

On to super Sunday where Chloe Link -57kg, Julia Marczak -70kg and Luke Davies -73kg all picked up bronze medals.

Chloe’s route to bronze started with a bye round where she then went on to defeat Leyre Villamediana Juncal (ESP) and Savita RUSSO (ITA) in her round 2 and quarter final fights. A loss in the semi-final led to Link taking on and defeating Ireland’s Bethany McCauley in the bronze medal contest.

For Julia Marczak, she breezed past the first round against Clara Lefloch (FRA) but didn’t manage to progress past the quarter finals round. Marczak went on to win her repechage fights and came out victorious against Eleonora Giusti (ITA) taking the -70kg bronze medal.

Luke Davies added to his Cadet European Cup medal tally with his first bronze medal of the season. Starting off with a bye round, Davies progressed onto conquering his round 2 and quarter final fights against Antonio Almeida (POR) and Yan Felletti (ITA). It was Joshua De Lange who came out on top in the semi-final, so Davies went on to the bronze medal contest where he was victorious. 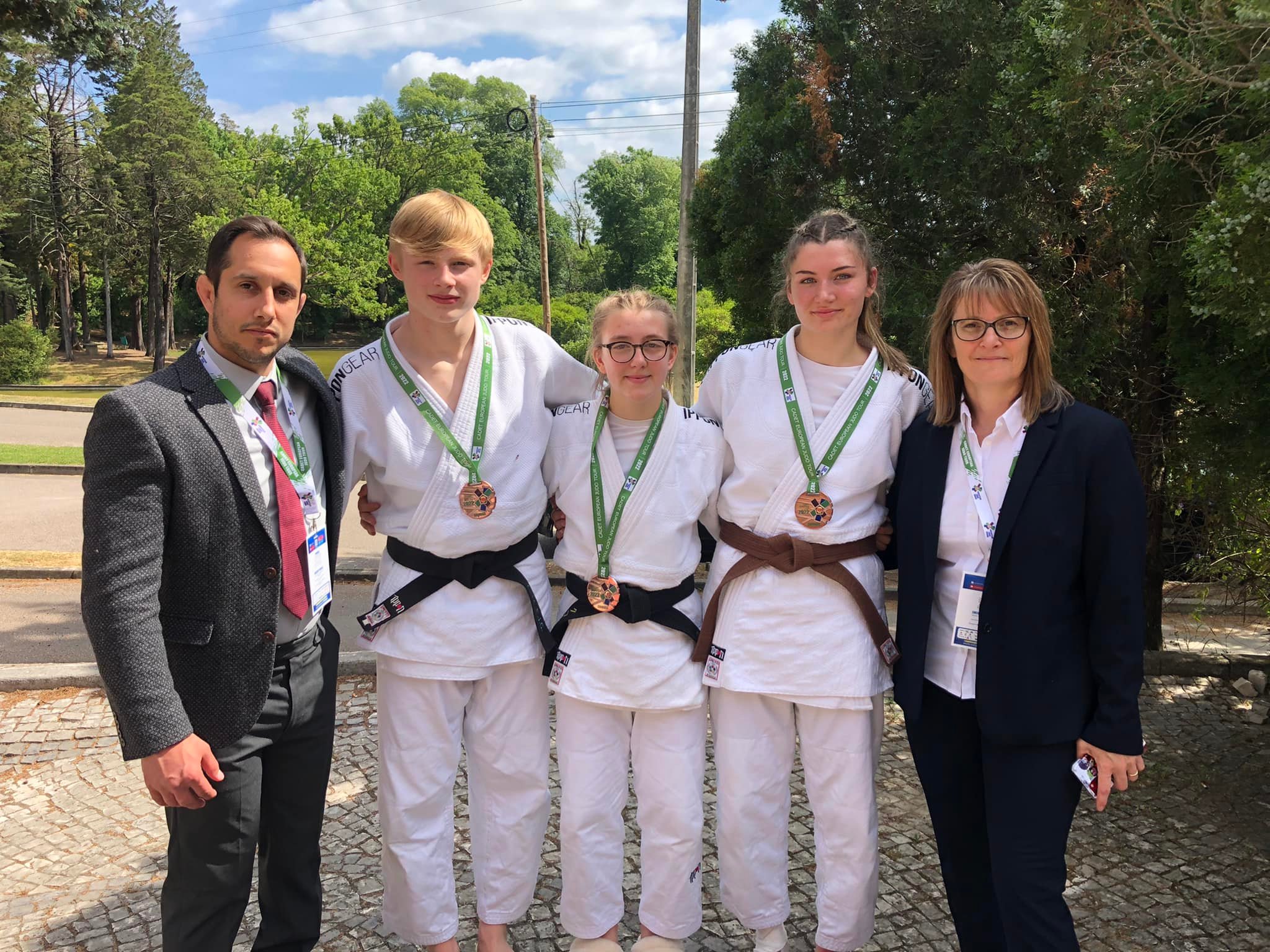 Elsewhere, in Nur-Sultan, Kazakhstan it was an international debut for Kirsten Taylor as she competed in the J2 +70kg category. Taylor’s The well-earned silver medal came from a round robin where she lost out to Brazilian Rebeca Silva in her first fight, but then went on to be victorious against Prescillia Leze (FRA) by wazari. 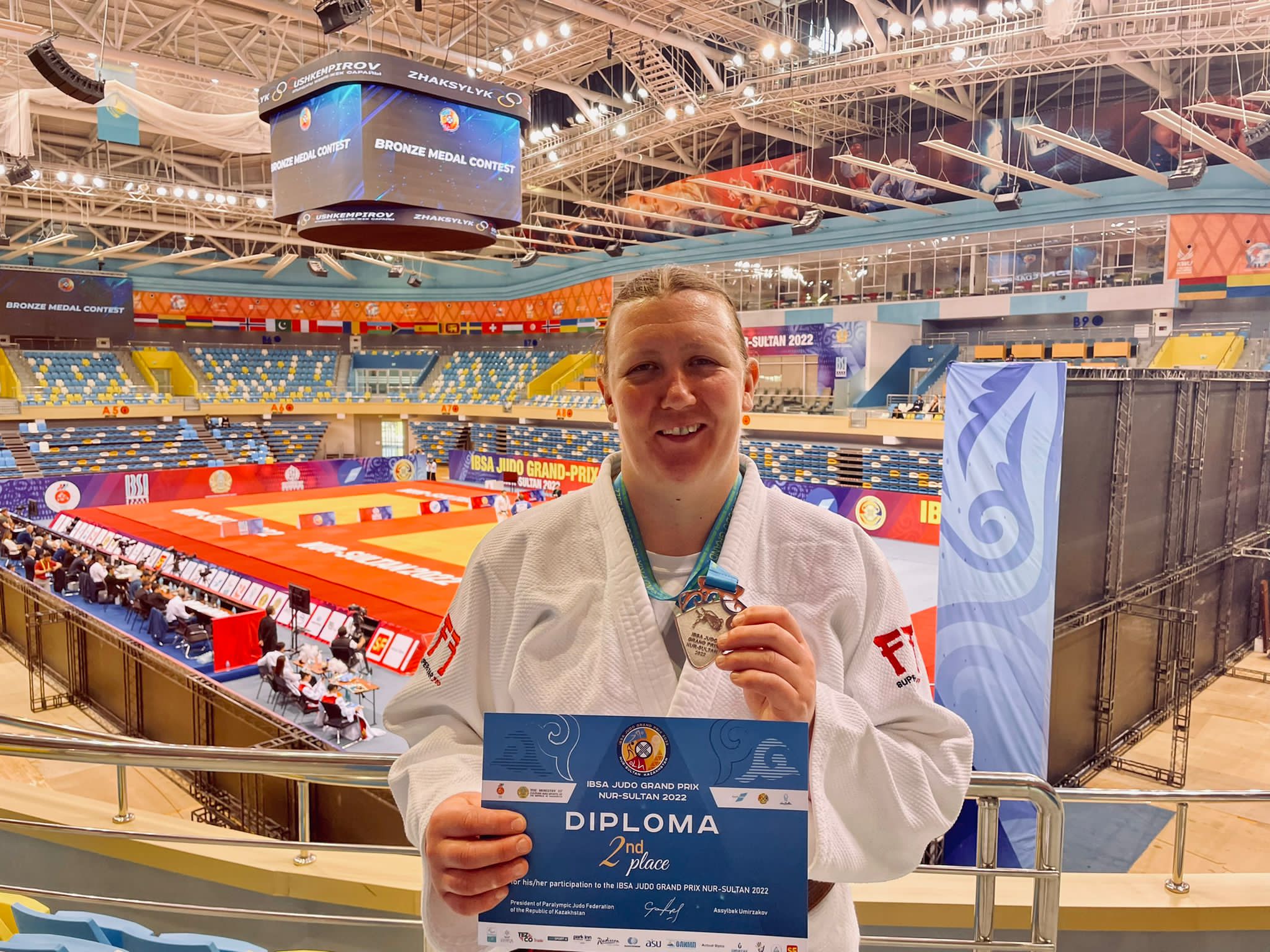 It was the first fight back on the mat for Paralympic Champion Chris Skelley on the second day of the IBSA Judo Grand-Prix Nur-Sultan. skelley won his first fight against Yerlan Konkiyev (KAZ) eventually on shidos, 3 minutes and 40 seconds into golden score. skelley was then up against the Turkish number one seed, Ibrahim Bolukbasi who he beat in Rio in 2016. The semi-final contest didn’t fall in Chris’ favor and he went on to secure a bronze medal by two wazaris against Dulat Bugenbayev (KAZ).

Jack Hodgson had a great tournament and was unlucky not to make the final. hodgson beat Indian fighter Triptpal Singh in his first fight with a massive osotogari in the first 30 seconds. In the semi-final, hodgson fought the current -90kg Paralympic Champion from Iran, it was a very tight contest and the GB Judoka put in a number of big attacks that the Iranian did well to survive. He was caught late on with a great piece of judo. hodgson went on a victorious bronze medal contest against Yerlan Konkiyev (KAZ), dominating from start to finish and eventually throwing him for two wazaris.

The GB VI squad also had an excellent performance from Connah Anders who took a very credible and career best finish at Grand Prix level of 7th place on the first day of the IBSA Judo Grand-Prix Nur-Sultan. After a victorious first round against an Egyptian Rashad Aboughonim with two wazari throws, Connah then lost against an Italian judoka in the quarters. On to the repechage Connah was solved with a huge harai maki-Komi for ippon against an Indian Judoka however, his Grand Prix journey came to an end in his final repechage fight against Iranian fighter Mahdi Borchlou. 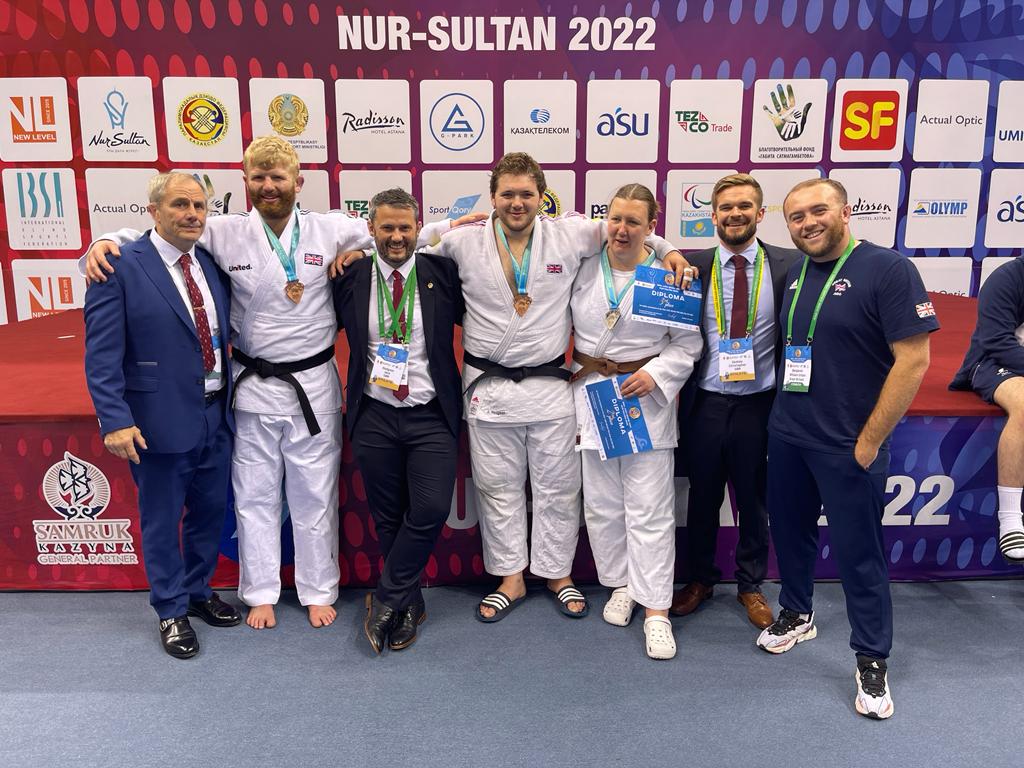