Asian Americans contribute in every sector of our society and trace their roots to more than 20 countries in the East, Southeast Asia and the Indian subcontinent; each with their unique histories, cultures, languages, and other characteristics.

Ms. Qin is a dancer instructor at the Xuejuan Dance Assemble, in Herndon, Virginia. She started learning classic Chinese dance since she was night years old.

She graduated from Wuhan Conservatory of Music and majoring in dance. Ms. Qin has taught Chinese folk and classical dance at Bucknell University, and at Chinese dance at the Kennedy Center for the Performing Arts on National Dance Day.

Ms. Qin has participated in many dance competitions and won top prices, including:

Ms. Qin performed a notable dance called “Silk Princess” which has won critical claims. “Silk Princess” tells the story of a Chinese princess during Tang Dynasty brought the gift of silk and mulberry seeds against her father, the Emperor’s will and in her royal headdress to the king of the distant land of Byzantine. She was a cultural ambassador in her time!

Ms. Qin, through her dance and teaching Chinse classic dance to American youth and dancers of all ages is a true culture ambassador.

Asian Americans and Pacific Islanders have contributed significantly to many facets of American culture and society, including science and medicine, literature and art, sports and recreation, government and politics, and activism and law.

Today, Asian Americans and Pacific Islanders are the fastest growing racial group in the United States. 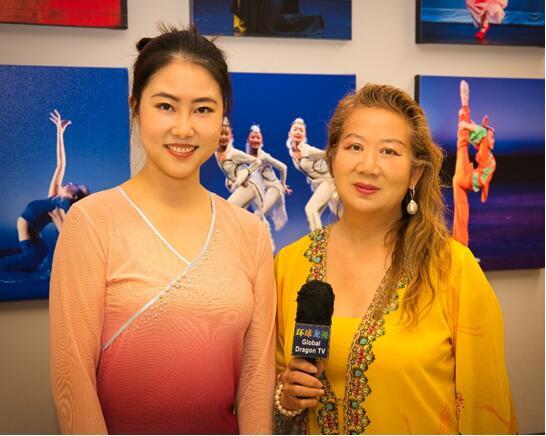