“We look forward to complementing Spooky Nook and helping to make B Street the place to be downtown,” she said. “With the help of the city of Hamilton, the Hamilton Community Foundation, and the Harry T. Wilks Foundation, we are able to kick off our capital campaign and see our vision and dream becoming a reality.”

The GMRC’s $6.5 million project includes a boathouse, community recreation and training center. The organization partnered with Susan T Rodriguez Architecture Design, a local developer known for several developments that include apartments, townhomes and other mixed-use projects.

The project has received nearly half of its funding from three donors. The Harry T. Wilks Family Foundation, the Hamilton Community Foundation and the city of Hamilton each contributed $1 million. Hamilton’s contribution, according to City Manager Joshua Smith, would be contributed to the GMRC upon successfully raising matching funds. The city’s contribution would come from American Rescue Plan Act funds. 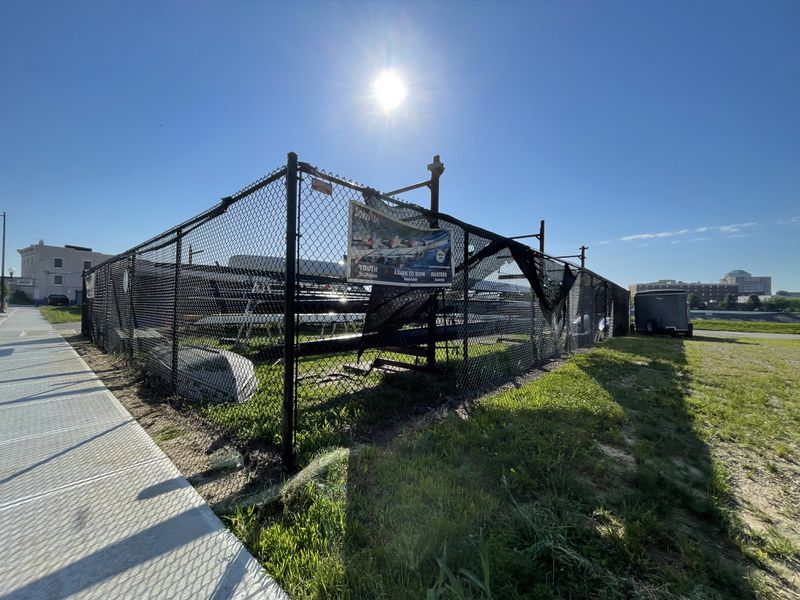 Plans call for a two-story, 14,000-square-foot building that would house the existing fleet of rowing shells, kayaks, and equipment with room for expansion for the expected growth of the GMRC. This would also include a year-round café and spaces for the team, coaches, and the broader GMRC community.

The second level of the facility would include a training space, and also serve as a location for events and recreation that features expansive views of the city. According to the organization, the design concept is for a sustainable facility that would support the health and wellness of the community, optimize energy performance, and adapt to the evolving needs of the organization and the community.

Riekert said they expect to have construction bid packages together before spring 2023 and hope an eight-month construction process starts around March. Preliminary estimates show the project to range from $6 million to $6.5 million.

John Guidugli, Hamilton Community Foundation president and CEO, called the project “exciting” and is h happy to be “helping connect the larger Hamilton community with the river.”

Hamilton Chamber of Commerce President and CEO Dan Bates said the mixed-use project “is most exciting because it is the first development in Hamilton that combines residential development with river recreation.

“We have the beautiful Great Miami, a gem, running through our downtown and this is a benchmark project that focuses on the river and river recreational use,” he said. “It has been proven time and again when communities embrace their waterfront with appropriate development projects, those communities engage their residents and become a magnet for visitors.”

The Great Miami Rowing Center is designed to engage youth and adults in Hamilton and the surrounding region in the sport of rowing. Additionally, the organization brings recreational opportunities to underserved or at-risk populations.

The GMRC is seeking funding to assist with its Row Hamilton Capital Campaign, which would raise funds for the new rowing center. To donate, visit the Hamilton Community Foundation website, or visit https://tinyurl.com/GMRCCapitalCampaign.