Rapper Trouble remembered by loved ones

Loved ones honor Atlanta rapper Trouble as investigators say the man suspected of murdering him will surrender to authorities.

ROCKDALE COUNTY, Ga. , The search for an Atlanta rapper’s killer is over, according to authorities in Rockdale County. Deputies said they have made contact with the suspect, 33-year-old Jamichael Jones and he planned to turn himself into the jail.

That news came almost two days after the domestic dispute turned into a deadly shooting that ended the life of 34-year-old rapper Trouble, whose legal name is Mariel Orr.

While authorities with the Rockdale County Sheriff’s Office said they were en route to bring the suspect in, people who knew Trouble personally were remembering the impact he had through his music and beyond.

“The energy he had was beautiful, you know…I’ve never met too many people like that,” fan Malcolm Clarence said.

News of Trouble’s death has been trending on social media as industry friends and fans like Clarence post their condolences. Authorities in Rockdale County found the recording artist inside an apartment at Lake St. James apartment complex just after 3 am Sunday with a with a gunshot wound to the chest.

“I actually was stunned because Trouble was the type of person you wouldn’t have any hate or jealousy towards him. He was actually a real genuine, genuine soul you know what I mean…he gave back to the community, he actually played a big role in the community,” Clarence recalled.

For him, that role started with listening to Trouble’s music at age 13.

“He used his voice as an outlet to let people know you know it doesn’t matter where you come from,” Clarence said. 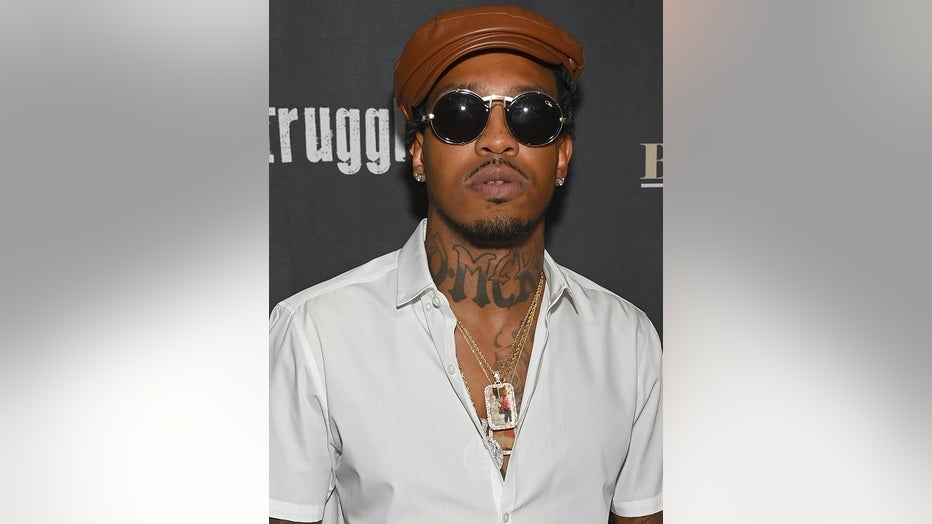 The 25-year-old business owner told FOX 5 that message influenced him to start his own lawn care and car detailing business last year, which in a pandemic was no small feat.

Clarence said things came full circle when his favorite artist reached out to him for his services.

“It was actually a blessing. He actually gave us clients, he would send us to people’s house’s like ‘Hey, you know here’s the address, go over there and I’ll send you the money, go over there and get them situated. I appreciate you so you know…’ very big role in our business,” he said.

The Sharkscape Lawn Care and Mobile Detailing owner said he was shocked and saddened to hear about Trouble’s death.

He told FOX 5 while he’s still processing it, he’s grateful for all of the ways Trouble’s influence helped him build his business.

Close family and friends of Trouble said they are planning to hold a candlelight vigil for the rapper Tuesday night. They wanted to give his loved ones an opportunity to grieve together.