Something black and blue! Grooving groom spends wedding night in A&E after one too many espresso martinis led to disastrous dancefloor tumble

By Elizabeth High For Mailonline

One couple’s fairytale wedding turned into a nightmare after the happy groom got too excited while dancing and ended up in A&E.

Paisley and Ravid Rogers-Tripp’s wedding in April had already had to be postponed from April 2020 due to coronavirus – but the couple made the most of it by holding their own ‘fake’ wedding in their back garden.

Two years later and the happy day finally arrived for the 30-year-olds on April 17 of this year – but chef Rav ended up enjoying the festivities a little too much and took an awful tumble in the middle of the dancefloor.

Rav slipped after drinking one too many espresso martinis – but was adamant it would not stop him from enjoying the rest of his special day, reports the Mirror. 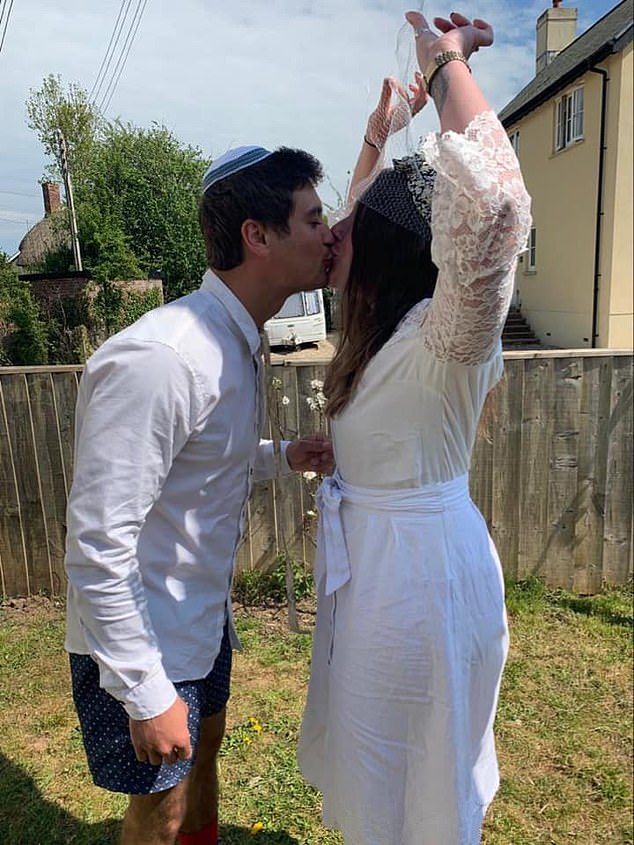 On the date of their original wedding the couple held a fake one in their garden, complete with a fake veil and some glasses of bubbly

But he told the newspaper that by 5am the seriousness of his injury began to make itself known, as he began to feel ‘enormous pain’ and saw his leg was red and swollen.

So instead of seeing out his wedding night, Rav headed off to A&E – where he discovered the devastating news he had broken his ankle so badly he would need surgery, forcing the couple to cancel their honeymoon and return to their home in Devon.

‘We should have been on a romantic walking break in the Lake District,’ school pastoral leader Paisley told the Mirror.

Instead, Paisley found herself tending to her husband ‘in sickness and in health’ much sooner than she expected.

Rav needed three hours of surgery after the fall but still looks back on his wedding day to Paisley with fondness. 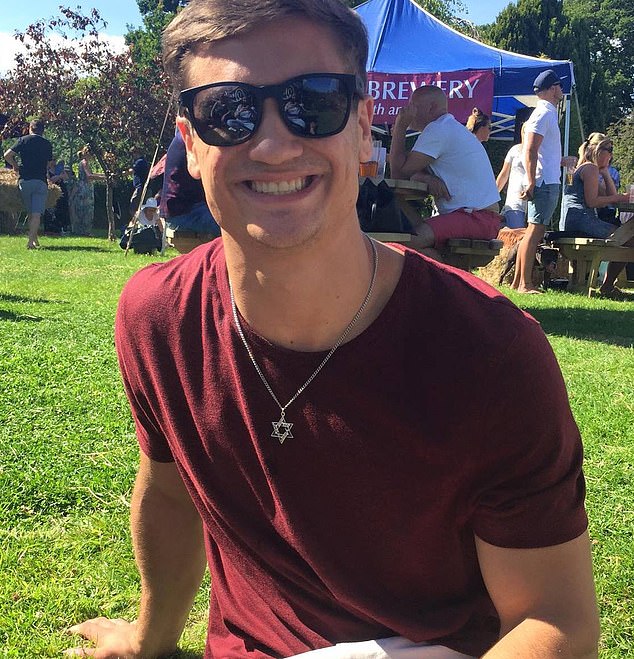 The couple say they would do the whole thing again and now jokingly refer to espresso martinis as ankle breakers.

But Paisley added her husband is ‘totally banned’ from any future wedding dancefloors.

The couple’s social media show they have been in a relationship since 2014 and finally tied the knot two months ago.

After they had to cancel their wedding in 2020 Paisley and Rav held a mini celebration in a garden instead, in which the groom dressed in a shirt and jacket and the bride wore all white.

They enjoyed a glass of bubbly together and jokingly tagged the post: ‘To be continued…’

The couple’s friends were quick to wish them well despite being in lockdown, with one writing: ‘Amazing. Looks perfect. I’d sack off the real thing and spend the money on something crazy!’

Hopefully the big day was worth it, even if it wasn’t quite as accident-free as they would have hoped!