SPOILERS and soap stars alike have confirmed that Gary Lucy is set for an emotional exit while his on-screen alter ego battles dementia.

Many Hollyoaks viewers couldn’t hold back their tears as they discovered Luke Morgan’s final scenes online.

Luke Morgan (played by Gary Lucy) has been one of Hollyoak’s longest-standing residents, making his first appearance in the Chester village in March, 1999.

He’s formed heart-warming bonds over the years before committing to the love of his life Cindy Cunningham (played by Stephanie Waring).

This week, after Luke and the rest of the village celebrated Darren and Nancy’s wedding, the couple set off to Mallorca for some pre-wedding celebrations as they get ready for their own ceremony.

But the trip turns tragic as Luke falls off a cliff to his death. 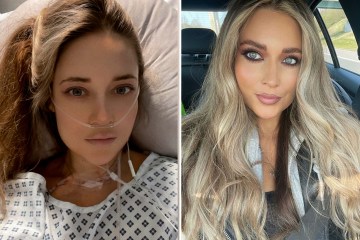 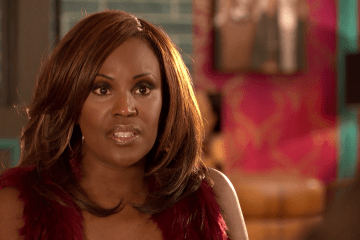 While Channel 4 viewers will have to wait before the scenes reach their screens, some Hollyoaks fans couldn’t wait for the scenes to air and have already turned to All 4.

Many of them expressed their heartbreak by swarming over to social media.

“Wow I just finished Hollyoaks, I was not expecting Luke to go like that”, one fan wrote on Twitter.

A second added: “Hollyoaks playing that montage of Luke after he fell to his death was pure evil.”

“I’m going to miss Luke so much I’m so heartbroken”, a third viewer penned.

The sad comments have been flooding in since Luke’s final episode dropped online, which was made even more bittersweet after the character made sure his best friend Darren’s wedding was as memorable as possible.

“Luke did this all for Darren and Nancy. I’m going to miss him so much”, another viewer commented as a fifth fan wrote: “I can’t stop crying.”

Another chimed in: “Luke has never been a favorite of mine but seeing him dancing and being so proud of his best friend getting married, I’m not going to lie, it got to me. It’s really starting to feel real that we’ re loosing a real Hollyoaks legend.”

But amid crying fans, one viewer about Luke’s death scenes, writing: “So disappointed in Hollyoaks.”

“Such a predictable ending for Luke. Really cowardly of hollyoaks not to see his illness progress through to the end but throw him off a cliff instead!”

“The actor had been doing the part so well. He deserved a better ending than that.”

After saving his son Ollie from a deceptive stranger named Alex in Mallorca, Luke was looking forward to celebrating his love with Cindy and their friends.

But while he was reflecting on his happiness, Cindy’s ring in his hand, Luke was standing at the edge of a cliff, unaware his behavior was dangerous.

At the last minute, Luke accidentally drops the ring before slipping from the cliff top and into the sea.

Luke’s death was the final chapter of his battle with frontotemporal dementia, which was he was diagnosed with in 2019.

His condition had considerably deteriorated in recent months as he began acting out in ways nobody could explain – not even Luke.

How will Hollyoaks residents cope with his fate?