What have been the most compelling works in the arts and in literature in India in the last 75 years? The anniversary gives us a chance to consider the question anew, but the answer is more difficult to arrive at than we assume. After all, we love our cultural icons much more than we do their work.

Anyway, the question is too general and, as a result, unwieldy. Let me narrow it down. Before doing so, let me also say that I think the idea of ​​’Independence’ as a break and catalyst in our modernity is of limited use. Many of the greatest shifts and innovations in culture took place well before Independence, in the 19th century: it was then that the sphere of culture – of poetry, dance, fiction, art, the classical genres, cinema – began to be formulated as a domain of freedom and unpredictability. It was then – and not after Independence – that we became either citizens or daydreamers, or both. I would roughly, perhaps tendentiously, date the moment of citizenship, at least in Bengal, to 1828, to the formation of the Brahmo Samajand daydreaming to 1860, to the composition of the Meghnadabadhakabya by Michael Madhusudan Dutt and Hutom Pyachar Naksha by Kaliprasanna Sinha. Since then a hundred and sixty years have passed. Others will date these moments differently; but, whatever their dates might be, they will predate Independence. I see the legacy of those traditions of citizenship on the one hand and daydreaming on the other carried well after Independence to, at least, the late 1970s. In the ’80s, another break or fissure, more significant than Independence, begins to appear, to do with the onset of globalization and the free market, the ascendancy of English, the creation of a neoliberal elite, and the gradual rise of the Right . All of these were formalized in India in 1991 by both economic deregulation and the assault on the Babri Masjid, Whether, since 1991, we have been ‘free’ – in our dreams, our imagination, and our thoughts and actions – is moot.

I’d like to dwell briefly, first, on just a few of the developments that extend, post-Independence, the legacy of daydreaming – a form of freedom that not only overrides the coloniser, but our own citizenly proprieties as ‘Indians’. In that legacy’s line, I’d put Ustad Amir Khan’s post-Independence innovations in the vilambit or ‘slow’ khayal, which made it ‘ati vilambit’, or ‘most slow’/’radically slow’. Amir Khan had taken a cue from the pre-Independence singer Ustad Abdul Waheed Khan, whose secretive experiments had already been moving the khayal in the direction of slowness, consolidating the legacies of enchantment, trance, and daydream, severing khayal from overt intelligibility, and pushing it towards seeming purposelessness. This lineage has had a great spiritual impact, after Independence, on the Indian notion of music as a form whose limits – and whose very musicality – are to be tested. The emergence of Amir Khan’s idea of ​​the khayal is not unrelated to a mode of thinking that makes a film like Pather Panchali possible in 1955. These projects and artworks extend an already-existing domain of possibility and enchantment, of freedom, that had been put in place by 19th and early 20th-century forebears like (Rabindranath) Tagore, Bibhutibhushan Banerjee, and Abdul Waheed Khan. Perhaps, the most intelligent and uncompromising theorist-practitioner in the last 50 years in this domain of freedom, who never underestimated the power of the nation-state, whether it’s ‘independent’ or otherwise, to curtail or delegitimise the imagination, was Mani Kaul . His scepticism and concerns about the deep, probably inescapable, legacies for Indians of the Enlightenment and the European Renaissance (with their privileging of the instrumental and of knowledge as a form of mastery) informs the poetic resistance of his filmmaking, turning it into a form of knowledge that can’t be assimilated to a clear purpose. The great value of this type of resistance – of its seeming irresponsibility and obfuscation – in Nehruvian India shouldn’t be ignored. It created an important option for us. Kaul’s theoretical positions in relation to his belligerent poetics are to be found scattered across his interviews and snippets of lectures uploaded on YouTube. They point to an idea of ​​the arts as a kind of dissent which we have now lost sight of, just as the challenge posed by Kaul’s work has slipped from our sights.

With globalization came a seemingly irreversible change. One of its principal manifestations – in the world and not least in India – has been the roughly 30-year-old dominance of the English language. In writing, this has meant that certain locations (New York; London – in that order) are seen as final arbiters of approbation. Much of our writing, and the idea of ​​writing, now comes to us in India mediated by elsewhere. This is a pity on several levels. It gives us permission not to make our own judgements; to end up loving our cultural icons more than we love their work. And it allows us to reaffirm, on some level, the myth that India had no criticism and, by implication, no history. Again, this is a pity in a country that has such a remarkable intellectual history, and which produced critics as shrewd and profound as Bhattanayaka and Abhinavagupta. For this reason, I’d like to acknowledge two instances of cultural reassessment in Independent India which imply a robust critical milieu at work. Such reassessments, though they may be relatively few, are cause for optimization. 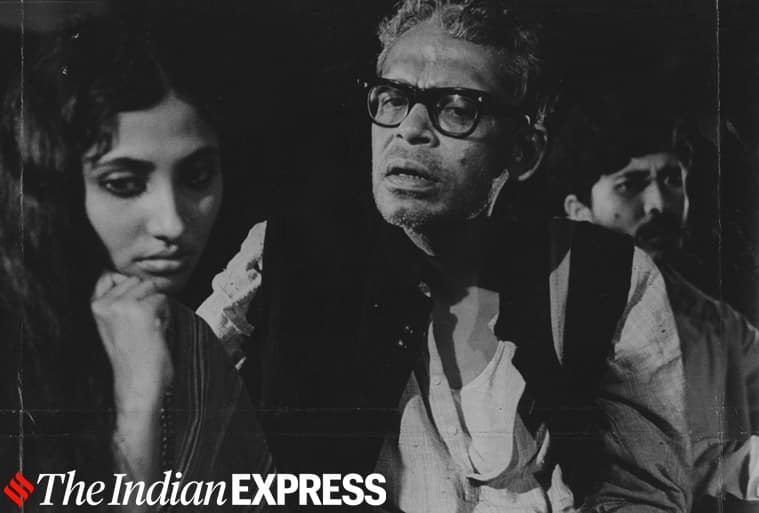 The first has to do with the work of the Bengali poet Jibanananda Das, which has been central to post-Independence Bengali poetry but whose centrality itself represents a critical shift. Das’s work wasn’t really understood in his lifetime. His reputation was, to some extent, dependent on Buddhadeva Bose’s championing; His ongoing, posthumous reputation in the ’50s, ’60s, and ’70s is part of a reconsideration on the part of Bengali poets and readers of the qualities of Das’s poetry itself, as well as of what makes poetry indispensable. This reassessment is unrelated to Das’s reputation in the Anglophone world or abroad, where it is still near non-existent. Das’s 20th-century standing in Bengal is a testimony not only to his poetry, but to the aliveness of his inheritors. The poetry was written mainly before Independence; the reassessment is a post-Independence achievement.

The same could be said of Kagaz ke Phool (1959) by Guru Dutt, which failed at the box office and deepened the filmmaker’s depression and may have contributed, alongside the circumstances of his personal life, to his untimely death. But the fortunes of the film itself were reversed in the 1970s, when critics like Iqbal Masud and others re-evaluated its significance, so that it now stands at the core of our present-day ease with the idea that a so-called ‘commercial ‘ Hindi film can also be an artwork. Dutt’s reputation – like Ritwik Ghatak‘s – is as much a homemade achievement as his films are.

These are important instances of the complex negotiation we call ‘freedom’. If we leave the assessments of our inheritance and contemporaries to others – to other countries, to corporations, to the State, to the powerful among us, or to ideologies – how can we be free?

Amit Chaudhuri is a novelist, essayist and musician. His new novel Sojourn is out this month