Watch the competition videos on their social media accounts, and you’ll know why popper Jyoti Gusai, better known by her stage name, Jenny Gusai, and breaker Siddhi Tambe, or B-girl Bar-B, smoked their contestants and grabbed gold. They caught every beat and hit it back hard. Taking home the title of Red Bull BC One Camp ‘7 to smoke’ popping category, Gusai, 25, out-danced all the male contestants with her rounds in the cypher. And she did it with ease, a smile, and an evident love for the dance form. Delhi-based Gusai thinks back to her performance and shares, “In that final round, while I was dancing, thoughts flashed across my mind; I was thinking about all the practice sessions and jams I’ve been a part of, and where I was in that moment. I translated all of it into my performance.” B-girl Bar-B took home the event’s Cypher India breaking title and will head to New York later this year to represent the country at the BC One World Final. At 18, she’s the youngest B-girl to win the title. 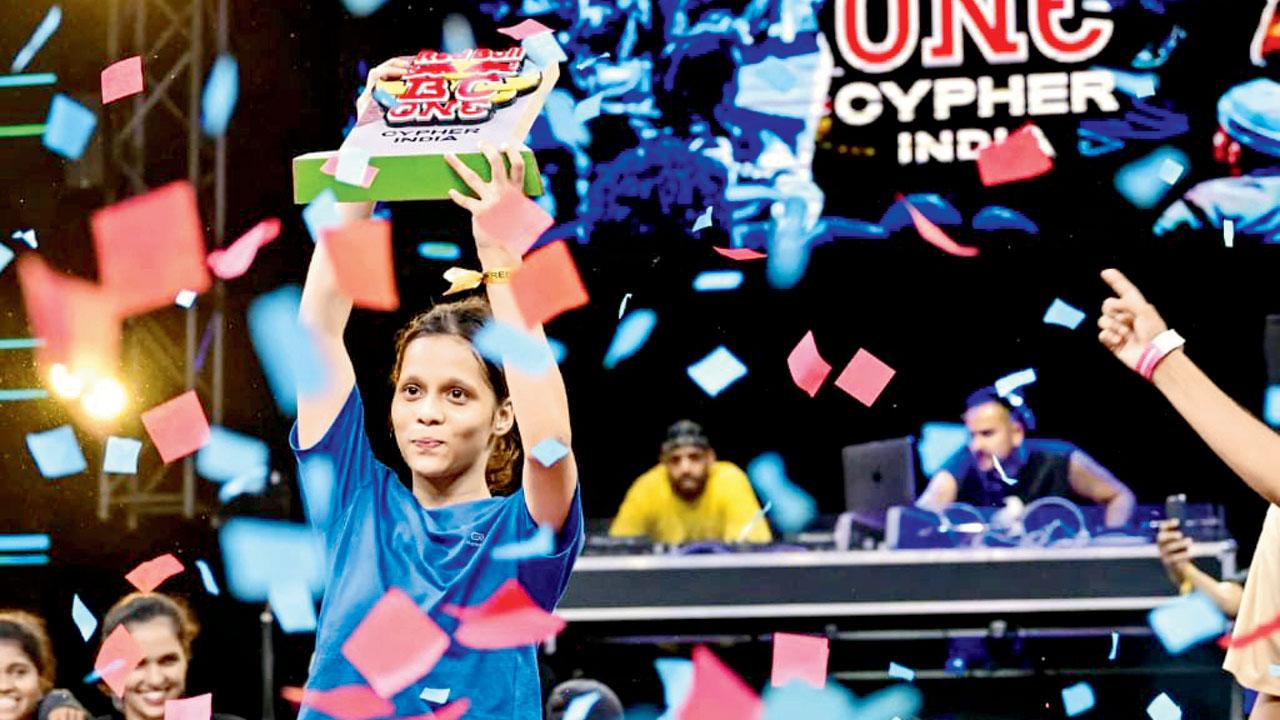 Support from their families, peers and the community does go a long way but the artistes highlight two facts that have kept them dancing — their love for their respective dance forms and their belief in themselves. Mumbai-based Tambe says that it’s the style that pulls her to the floor every time, adding, “I can’t not dance this style; I love it.” Battling in one-on-one cyphers and competitions across the country and internationally as well, Gusai that it’s easy to get demotivated when you lose but she doesn’t; the key, she says, is to remind yourself the reason you’re in that cypher. “Plus, with every round, I learn more, and get the chance to better myself. You have to remember that you are your biggest supporter,” Gusai expertly announces. 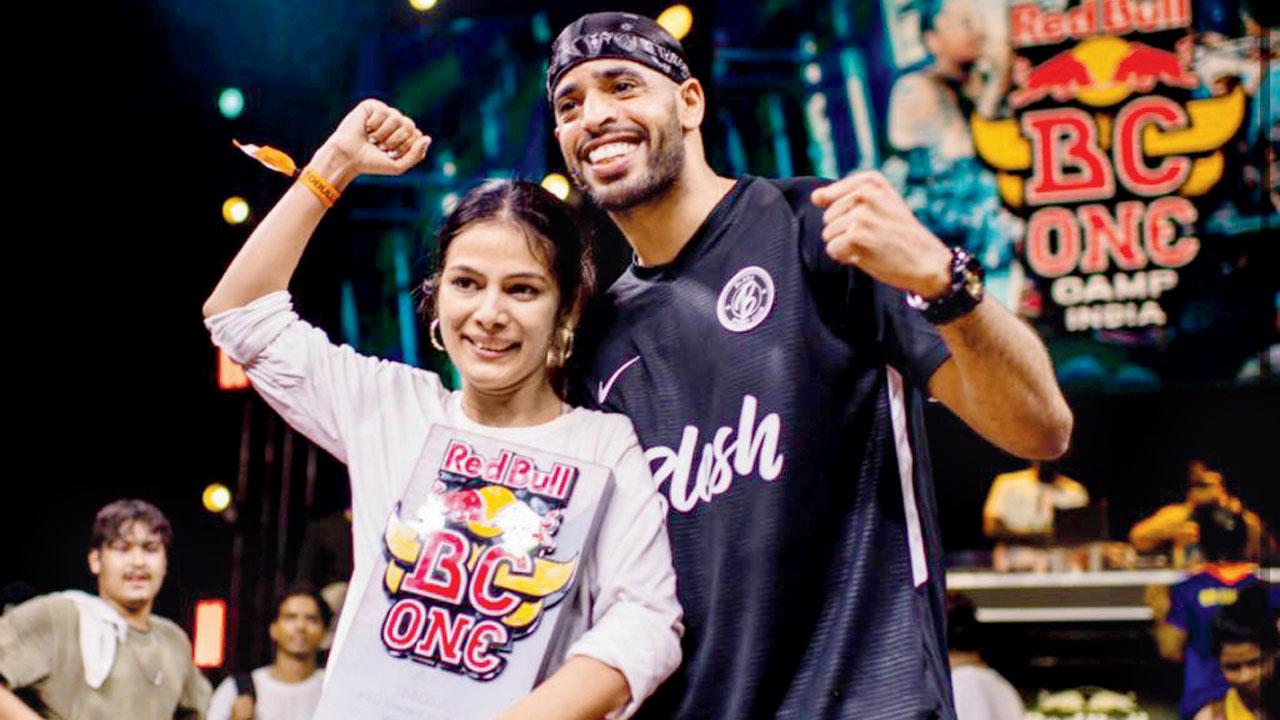 Strengthening her basics over the years and improvising with the flow of the beat, if you watch Gusai perform today, you’ll notice she not only hits the beats hard, she also brings a groove that comes only with experience and skill. Tambe, on the other hand, tells us, “I was 12 years old when I started learning the style, encouraged by my teachers to try my hand at it. I was too young to really think about things like ‘it’ll be too difficult’ or ‘what if I get hurt’. I really went for it, and didn’t look back.” Apart from her recent win, the 18-year-old even bagged gold at the 2021 National Breaking Championship. Tambe is what many describe an all-rounder with regard to the elements of breakdance — top and foot works, power moves and freezes. Above all, the two have great musicality and confidence and a calm mind when battling. 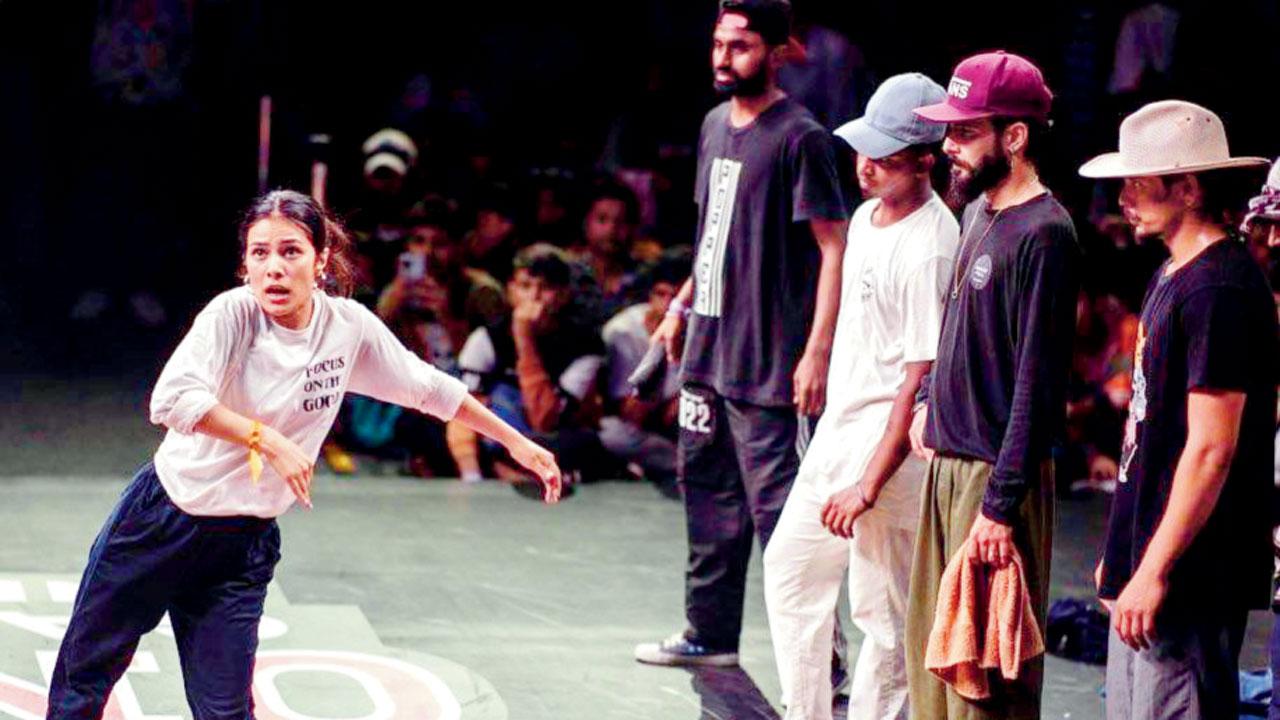 Gusai started learning popping in 2014 and went as far as making the semi-finals in her second attempt at a battle. It was a time when there weren’t many girls dancing this style. The hip-hop dance community in India has grown since; there are more women poppers and breakers, but the ratio to male peers doesn’t balance out yet. In her own experience, Tambe tells us, “I train for three hours a day. Breaking gives me strength [physically and mentally], Gusai leaves us with a mantra before signing off, saying, “It’s not impossible till you think it is; keep yourself inspired.”