Celebrating the Azadi Ka Amrit Mahotsav, Indian Ladies in Ireland showcased a saga of sarees at an event in India House in Dublin, an official press release stated. Spouses of ambassadors based in Dublin and also prominent Irish women attended the event and applauded the rich culture and heritage of India.

Praising the plethora of talent among Indian ladies in Ireland, the Ambassador to India in Ireland, Akhilesh Mishra said, “To mark Azaadi ka Amrit Mahotsav, and 100 years of Ireland’s Independence, the Indian embassy in Dublin has launched a series of initiatives. In the field of culture what we are doing is, instead of bringing in artists from India, we are reaching out to the Indian community in Ireland and harnessing the immense talent in the field of art and culture, painting, dance, and music that exists in the Indian community, especially the homemakers. We are trying to draw them out for conducting a large number of grassroots-level connectivity events in the field of culture.”

“One of the first events that we hosted after corona (COVID-19) at India House targeting the spouses of Ambassadors based in Dublin and prominent Irish women. It was an entirely women-led effort from the Indian side and we are grateful for the tremendous support and enthusiasm shown by Indian women in Ireland (sic),” Akhilesh Mishra added, as per the release. 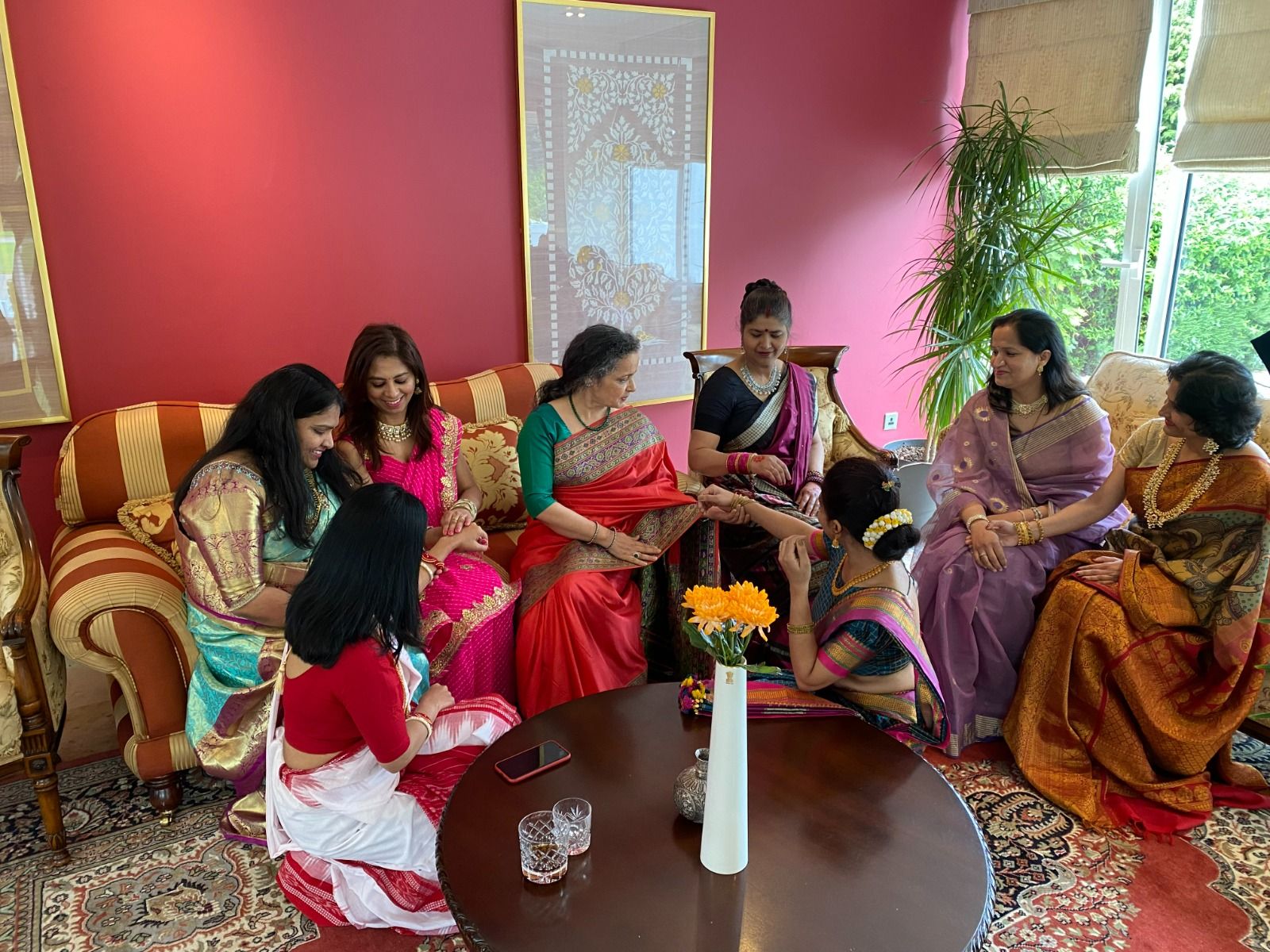 Meanwhile, a saree blogger and a yogi Reeti Mishra thanked the founder of Indian Ladies in Ireland.

She said, “Recently we had an Indian cultural event at the India house for the Ambassadors’ spouses and for the prominent Irish women. The program included how to appreciate Indian arts and their symbolism. There was a kathak performance and display of sarees from 15 states of India. This was all possible due to the immense talent of the Indian women in Dublin and I would especially like to thank Supriya Singh for coordinating the event. I’m looking forward to more such events in the future.”

Talking about the event, Supriya Singh, said “We have been trying our best to keep the spirit of India alive in Ireland, Saree is a representation of our Indian culture, people from all over the world are inquisitive about our drape, What could be the better way to celebrate our Azadi ka Amrit Mahotsav and promote the rich Indian Culture and heritage we have”

The Nauvrai saree from Maharashtra, Koirala Saree from West Bengal, Bomkai from Odisha, Kanjeevaram from Tamil Nadu, Leharyia from Rajasthan, and several other sarees were the main attractions of the event. Also, an Indian classical dance form, Kathak, was performed by Satakshi Kaushik as a part of an Indian Cultural event.