The sense of anticipation and excitement is palpable in Craig Casey’s voice as the young scrum half embraces his first senior tour with the Ireland squad.

Admittedly feeling a little ‘wasted’ from the jetlag brought on by a combined 38 hours of traveling, Casey is now out the other end and raring to go after a couple of training sessions in Auckland.

While Covid-19 forced the shelving of Ireland’s 2021 summer tour plans, the Munster starlet does have touring experience with the Ireland Under-20s from the World Rugby U-20 Championship in Argentina three years ago.

Notably, both he and Ryan Baird got to play New Zealand during that tournament, and four of that Baby Blacks side – props Ollie Norris and Tamaiti Williams, lock Cullen Grace and center Billy Proctor – are in the Māori All Blacks squad to face Ireland on Wednesday.

Speaking after training at North Harbor Stadium over the weekend, Casey acknowledged: “It’s my first time here in New Zealand and I’m loving it. It’s always a place you want to come when you’re growing up watching rugby.

“The weather is definitely better than the Irish winter, which is a pleasant surprise thank God. The sun has been out for us for the first few days so it’s been good.

“It’s been 10 years since Ireland have been down here. I was actually probably in sixth class watching the 2012 tour, so it’s dream come true to be down in New Zealand.”

With five caps to his name and a single start against the USA last July, the 23-year-old is eager for more game-time in the green jersey and the opportunity to play his part in what he hopes will be a memorable tour.

“It’s probably the pinnacle of international rugby to be down playing in New Zealand, other than a World Cup,” he admitted. “The squad is unbelievable and we’re looking forward to the games now.

That’s our mindset, we want to win the Test matches and the Māori All Blacks games. They’re huge games. Coming down to New Zealand is an entirely different challenge than playing them in the Aviva.

“We’ve touched on that, 100%, but it’s a challenge we’re looking forward to and relishing. It’s five great games to be involved in and we can’t wait.”

The demands of touring New Zealand with 40 players and a tough five-match schedule will allow Andy Farrell and his fellow coaches to thoroughly examine how the squad is measuring up just over a year out from the Rugby World Cup.

Five uncapped players will be hoping to get their first taste of international rugby, including Casey’s Munster colleague Jeremy Loughmanand doing so on New Zealand soil would make it all the more special.

“We were supposed to go on tour last year and that was canceled. Even to get away on tour is a massive step for every international team, for bonding, actually seeing what you’re about and seeing what levels you can take it to.

“So to be down in the pinnacle of international rugby, like I said, to test yourself and bond as a group is brilliant,” said the Limerick native.

Casey was an avid rugby fan from his early years and has fond memories of watching some of the 2005 British & Irish Lions tour to New Zealand on television.

Current Ireland forwards coach Paul O’Connell and defense coach Simon Easterbyan injury call-up, were part of the Lions touring party that year, the series ending in a 3-0 defeat for the Lions who also lost 19-13 to the Māori side.

“I remember watching the Lions series in 2005 and you want to be down in New Zealand. They’re playing the Māori All Blacks and it’s class. You just see how much it means to New Zealand people,” admitted Casey.

“I was only six but that’s probably my earliest international rugby memory, watching the All Blacks and the Māori All Blacks against the Lions.

“It was obviously not the way the Lions wanted it that year, but hopefully we can change it.”

The welcome has been warm from the locals, with plenty of pleasantries exchanged so far. Casey and his team-mates know how much rugby means to the New Zealand people, especially after missing the sport so much during the pandemic. 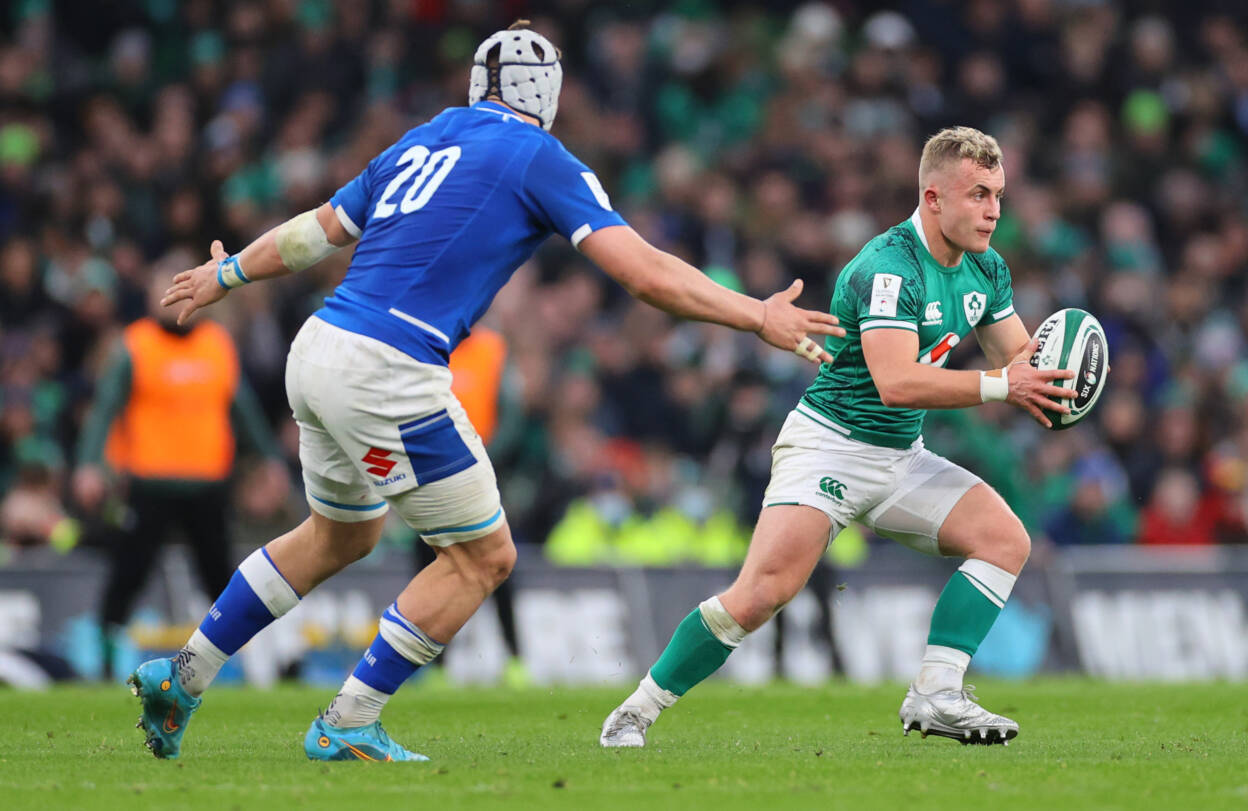 “Even walking around the streets here, I knew rugby was absolutely massive here. Coming down I was intrigued by that and wanted to learn a bit more about it.

“When you’re walking down the street and everyone’s kind of stopping you and wishing you well, saying we’re glad that you’re here for the Tests, you see how rugby mad the country it.

“It’s class, it’s exactly where you want to be as a rugby player. It’s all to play for down here. We’re battle-hardened from the season back home.”

Provincial matters have been parked as Ireland step up their compelling quest to achieve a first Test win over the All Blacks in New Zealand. It promises to be a riveting three weeks.

“Obviously it’s been a long season, but it’s a fresh new challenge down here,” insisted Casey, who was selected in this year’s United Rugby Championship Dream Team.

“A tough end-of-season with Munster definitely, but I think you come here, you come into international camp and it’s a fresh start, trying to build on from the Six Nations.”