A week long Ashram-like experience away from home, where for the first time, SPICMACAY is conducting the convention in a hybrid mode where 100-220 students gathered physically on each of the campuses given below while thousands participated from their homes. 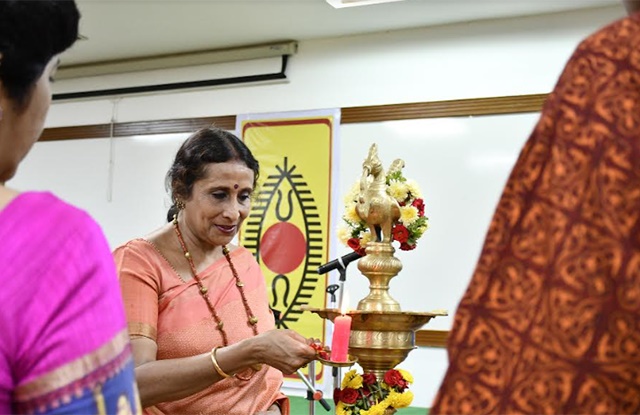 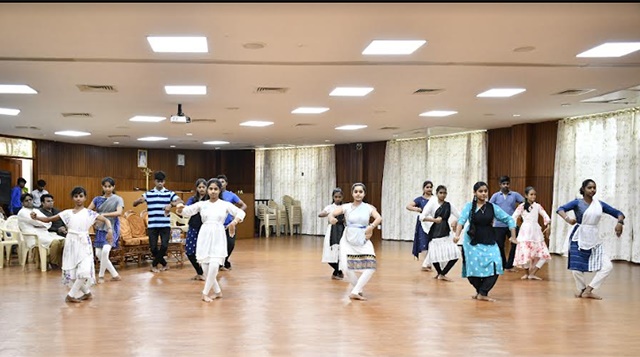 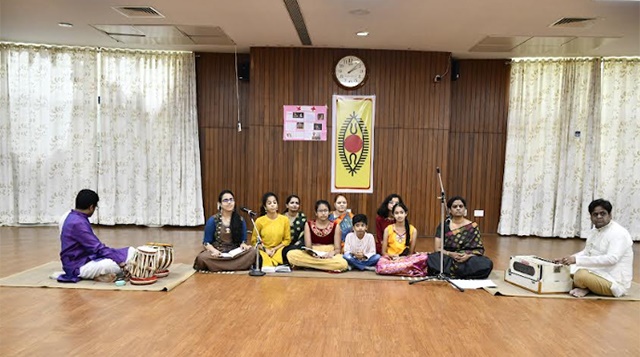 More than 25 workshops were held online for students from different parts of the country.

For the past 45 years, SPIC MACAY (Society for the Promotion of Indian Classical Music and Culture Amongst Youth) has been striving tirelessly to enrich the quality of formal education among adolescents and youth by raising awareness about various aspects of Indian heritage and motivating young minds to imbibe the values ​​contained therein.

Every summer, the organization hosts a ‘convention’ where volunteers and students from all over India and abroad gather at a prestigious institution like IIT or IIM for one whole week and interact with living legends of classical music, dance, and folk art forms. While the convention used to be offline, the Covid-19 pandemic pushed SPIC MACAY to go online so that the youth do not miss out on getting a holistic exposure of our rich cultural heritage. Approximately 1,000 programs were conducted online between April 2020-March 2022.

This year, SPICMACAY held the fourth edition of its flagship Online Convention ANUBHAV, from MAY 29 to JUNE 4 2022, which was inaugurated by Shri Jishnu Dev Varma Deputy Chief Minister of Tripura and joined us to listen to the inaugural concert by Hindustani Vocal concert by Begum Parween Sultana. We are also celebrating Azadi Ka Amrit Mahotsav – 75 years of India’s Independence and dedicating this series to the memory of Late Pt Shivkumar Sharma, the santoor maestro who passed away recently. He had been an ardent supporter of SPICMACAY since its inception. Unfortunately, we also lost another senior santoor player, Pt Bhajan Sopori and have
dedicated the rest of the programs to his memory.

Earlier editions of ANUBHAV were held in June 2020, June 2021 & October 2021. The first one was inaugurated by the Hon’ble Prime Minister Shri Narendra Modi.

How Did it Work?

Participants from schools and colleges learn various art forms of India from Great Gurus in person and also watch some beautiful concerts on a large screen in a hall.

Sitting at home, yet in an ashram-like routine that demands discipline, the participants will get an opportunity to connect with some of the greatest Gurus through various activities like classical music and dance concerts, lecture demonstrations, workshops, talks, Naad yoga, Hatha Yoga, meditation, cinema classics, folk arts and crafts, cultural heritage and environmental interactions, ultimately establishing a deep chord with the values ​​embedded in Indian and world heritage. A normal day during the series will start at 4:00 AM in the morning with a yoga session with senior yoga gurus and meditation session by a young teacher from the Brahmakumaris, followed by workshops with gurus of different classical art forms, folk forms, craft and painting.

The last day will close with a virtual heritage tour of UNESCO World Heritage Site, HAMPI from Karnataka and a virtual museum tour of Chhatrapati Shivaji Sangrahalaya, Mumbai.

Chhau students presented ‘Namaskaram’, and 2 chaalis or walks of 2 animals, namely peacock and deer. Since Seraikella Chhau is done wearing masks, facial expressions are limited in the artform, and a lot of focus is on hand, leg and body movements. The students had learn very well and also presented a small dance based on Lord Krishna’s story.

Kuchipudi students trained by Guru Vyjayanthi Kashi and her daughter and disciple, Prateeksha Kashi presented a sloka ‘angikam bhuvanam…’, and then did a brahmanjali which was very graceful and beautifully choreographed by the teachers.

After the student presentation, Pt Rajnish Mishra presented a concert and we ended with acknowledging the role of all the student volunteers at Alliance and the support that the University gave to make this event happen.

The last online convention, ANUBHAV 3.0 was organized from October 9-15, 2021 and was a great success with the participation of 15000+ students from all over the world, attending 150 workshops from 750+ schools & colleges from India, Bhutan, Bangladesh, Sri Lanka, Japan, South Korea, Singapore, Malaysia, UAE. For seven days, students got the opportunity to work with 20 folk artists, 40 traditional painting artists, attend 40 workshops of Carnatic & Hindustani classical music and be a part of 50 intensives of all 8 classical dances.

With COVID-19, the education sector has seen some major roadblocks, and the mental well-being of youngsters has been affected. The need for value-based, creative and deeply touching elements of arts, yoga, and meditation has been felt more strongly now to help deal with the uncertainty of life. SPIC MACAY Anubhav-4 is yet another effort in this direction to spread hope and positivity during these difficult times and give the youth an ashram like experience from the comfort of their homes.