The word ‘contagious’ is not exclusive to colds, flu, and viruses. How about madness, laughter, and dancing? Incidents of mass hysteria or mass psychogenic illnesses are not as uncommon as you would think. In fact, they date back as far as the Middle Ages. The disturbing details of hundreds or thousands of people simultaneously engaging in erratic, hysterical, and sometimes violent behavior still baffles scientists.

Mass psychogenic illness (MPI) refers to a group of people experiencing various physiological symptoms without a contagion or environmental agent present. Recorded MPIs include symptoms like convulsions, hallucinations, dizziness, headaches, seizures, and muscle rigidity. In the cases below, some symptoms can be even more bizarre…

In the early 16th century, the town of Strasbourg in northeastern France experienced immense hardships. They endured multiple crises, one after another: devastating floods, crop failures due to frigid temperatures, and violent peasant revolts. The summer of 1518 saw sweltering heatwaves which further weakened the community’s agricultural prospects. The situation looked bleak.

One day, a woman named Lady Troffea started to dance in the street. Soon, several women joined her. The town chronicles record up to 400 townsfolk participating in this odd behavior. What might seem joyous turned macabre, with dancers collapsing from exhaustion and dancing to the point of gravely injuring themselves. The dancing lasted for days on end. The town council instructed doctors and priests to intervene, which led to a ban on music and instruction that victims wear red shoes dowsed in holy water and oil.

The epidemic stopped after the victims visited the shrine of St Vitus, the patron saint of dancers. One of the names for this dancing mania is the St Vitus Dance.

Dancing mania in the 1500s. Painting: Pieter Brueghel the Elder

At the time, people believed the dancing was caused by demonic possession or a punishment from God. More modern scholarship hypothesized two theories, convulsive ergotism, and tarantism.

Convulsive ergotism occurs when the ergot fungi, which grow mainly on rye, produce a hallucinogenic chemical. As a result, a person experiences erratic muscle movements, deterioration of the mind, and seizures. However, this theory seems unlikely based on the many variables and hundreds of people involved.

Tarantism refers to poisoning by a tarantula or scorpion which supposedly causes victims to try dancing to halt the coagulation of their blood.

A third, though less popular theory, is that it was a purely psychological issue. In this case, the mania would be stress-induced.

The Salem Witch Trials of 1692 and 1693 are the best examples of mass hysteria. In this small town in Massachusetts, locals accused over 200 people of witchcraft, they tried 30 of them, and then they executed 19 people. This brutal (literal) witch hunt, started with three pre-teen girls: Elizabeth Parris, Abigail Williams, and Ann Putnam. The three girls were said to be exhibiting disturbing behavior, including suffering from hallucinations, convulsions, making odd noises, feeling prickling sensations, and crawling on all fours.

Other girls in the town began to show similar symptoms. Word began to spread through the militant Puritan community that the girls had been practicing witchcraft and were possessed by the Devil. This led to immense panic and poorly organized trials where personal suspicions, bogus tests, and the power of suggestion overwhelmed any objective evidence. 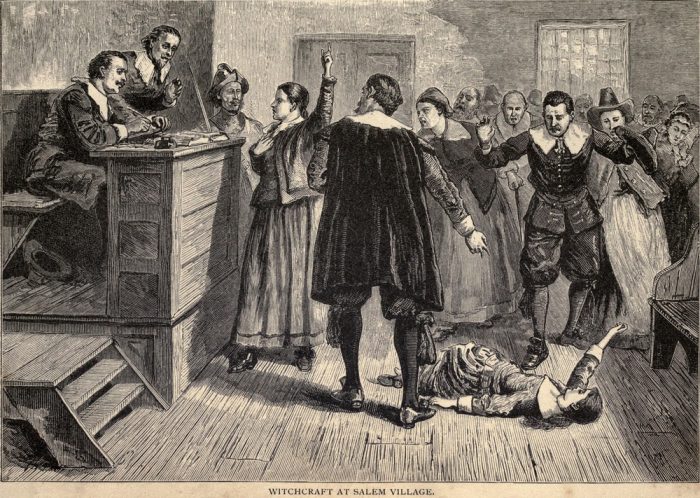 Like the Dancing Plague of 1518, the most popular theory is convulsive ergotism. Rye was a common staple in Puritan households. It is possible that the ergot fungi developed when a harsh winter was followed by a warmer spring. Researchers found that the victims of ergotism were very impressionable and suggestible.

Another factor to consider is Salem’s socio-economic difficulties. The environment in the town was already fearful before the cases arose.

This 1962 incident in a small British-run girls’ school in Tanzania demonstrates that laughter is not always the best medicine.

When a young girl began to laugh uncontrollably in class, her teacher removed her. But soon after, several other students followed suit. Not long after, much of the school had erupted into laughter and the principal canceled classes.

So, what was so funny? Unfortunately, there was nothing funny at all. The laughter was accompanied by crying, fainting, abdominal pain, violent tendencies, and even rashes.

The hysteria lasted for hours a day and continued for several months. The epidemic spread to other villages until over a thousand people were affected. The only convincing explanation to date is a stress-induced psychosis brought on by the parent’s high expectations of their children.

Between March and April 1983, a girls’ school in Arrabah, Palestine was the epicenter of psychological and geopolitical strife. A large group of girls of dizziness, headaches, and stomach pains. Some of them fainted with no apparent environmental cause. Several female members of the Israeli Defense Force also fell victim to these random symptoms. Panic ensued.

Israeli and Palestinian media outlets scrambled to blame each side for bioterrorism and sabotage. Before authorities could come to a definitive conclusion, the symptoms spread to other villages like Hebron, Jenin, and Tulkarem, where over 900 people went to the hospital.

Investigators found small traces of hydrogen sulfide, methane, and hydrocarbons in the girls’ bathrooms of the school. While it is possible for these gases to be a primary cause of the students’ illness, what made people fall victim to the symptoms many kilometers away?

Authorities from Israel and the United States believed the incident to be a combination of stress caused by the current political situation, small doses of toxic gases, and a large number of psychosomatic experiences.

Arctic hysteria or ‘piblokto’ is a folk illness or culture-specific ailment exclusive to Arctic communities. Women in these communities suffer from this mass psychosis, particularly during polar nights. The symptoms comprise hysterical out-of-character behavior and amnesia. Many women take their clothes off, shriek loudly and run around naked in the bitter cold. After this, they mostly forget having done it at all. Explorer Robert Peary and his family documented this phenomenon on an expedition to Greenland. 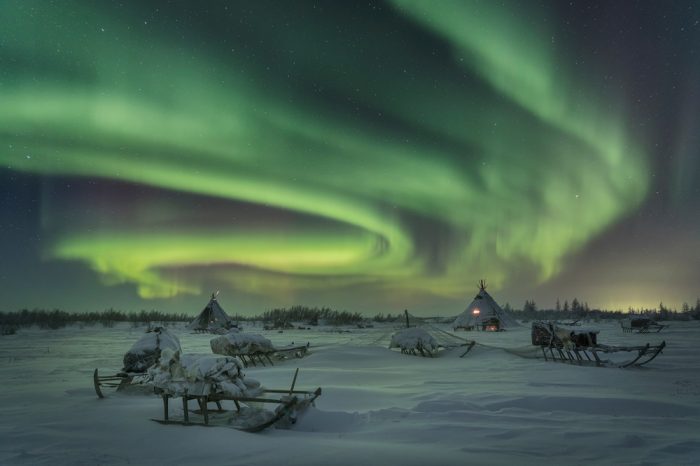 While some believe the women act out due to their society’s suppressive nature, researchers believe the piblokto can be a response to the desolate conditions of the Arctic Circle and toxic levels of Vitamin A brought on by the Inuit diet. Too much vitamin A can simulate dementia and bring on delirium. These factors most likely work in conjunction with the harsh environment.