A pediatric nurse will cycle over 3,200 miles in 70 days to every children’s hospice service in the UK in a bid to raise more than £500,000 to support their work.

Francesca Lennon, from Chenies, Buckinghamshire, will begin her tour of the UK’s 54 children’s hospices in Oxford on June 20, coinciding with the beginning of Children’s Hospice Week (June 20-26).

The 35-year-old – who prior to organizing this challenge had not ridden a bike since she was a child – will then embark on a route taking her across the UK through Bristol, Birmingham, Manchester, Cambridge, Sheffield, Belfast, Scotland and more.

She aims to finish on August 28 after averaging 46 miles per day.

At the start of her challenge, every children’s hospice in the UK will show its support by completing 54 minutes of cycling or any wheel-related activity, such as wheelchair racing or trolley dashes, to support Ms Lennon – a minute to represent each centre.

Ms Lennon worked for the NHS for 10 years before moving to the children’s hospice sector. She has now set up her own project, ChatUK (Francesca Lennon/PA)

Having worked in the NHS for 10 years before moving to the children’s hospice sector, Ms Lennon told the PA news agency that she saw “first hand” what the children and their families go through, and the support the hospices offer.

“Before I moved to the children’s hospice sector I didn’t really know what they did. And then when I moved I just suddenly realized how much support they offer and how little people know about what they do,” she said.

“I’m in a very privileged position in that I get to be with them on their journey and support them through some of the most difficult times of their lives, which most people don’t see.

“I wanted to find a way to be able to share that with people and show what families go through and then what children’s hospices do to support them.”

Children’s hospices in the UK care for more than 99,000 seriously ill children and are 87% charity funded, according to Children’s Hospices Across The UK (ChatUK)- a charity founded by Ms Lennon. 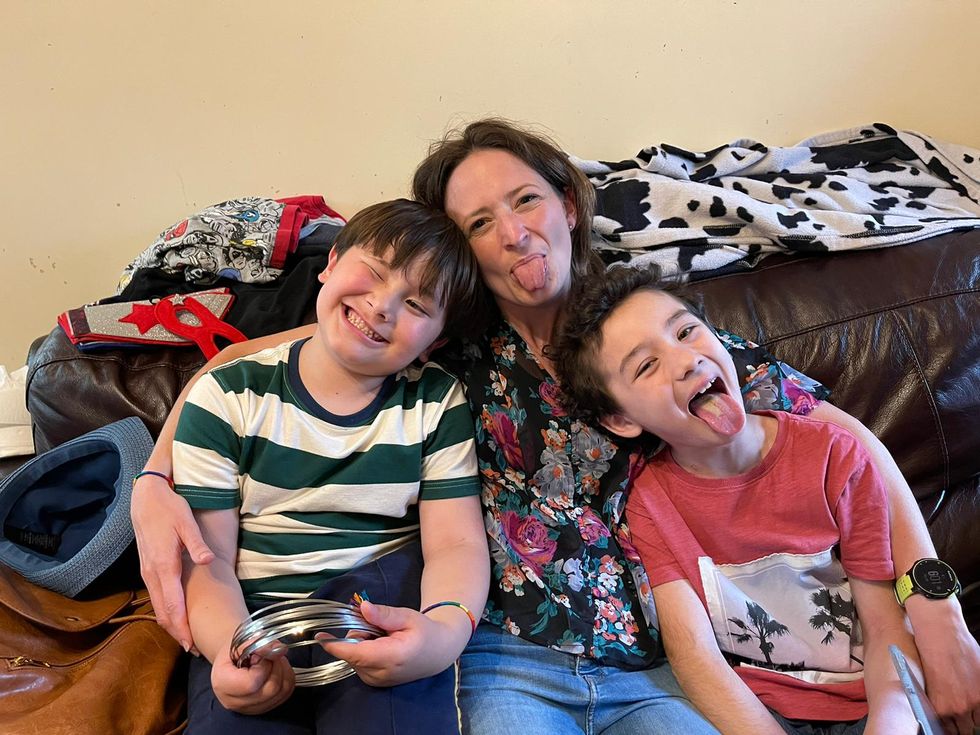 ChatUK aims to educate people about the importance of the services children’s hospices provide.

The funds raised by Ms Lennon will go towards Together for Short Lives, a children’s palliative care charity.

Only four months prior to the start of the challenge, Ms Lennon experienced the loss of his close friend’s son, Henry, who died from acute myeloid leukaemia aged nine.

She has therefore dedicated ChatUK to Henry – and has named her bike after him too. 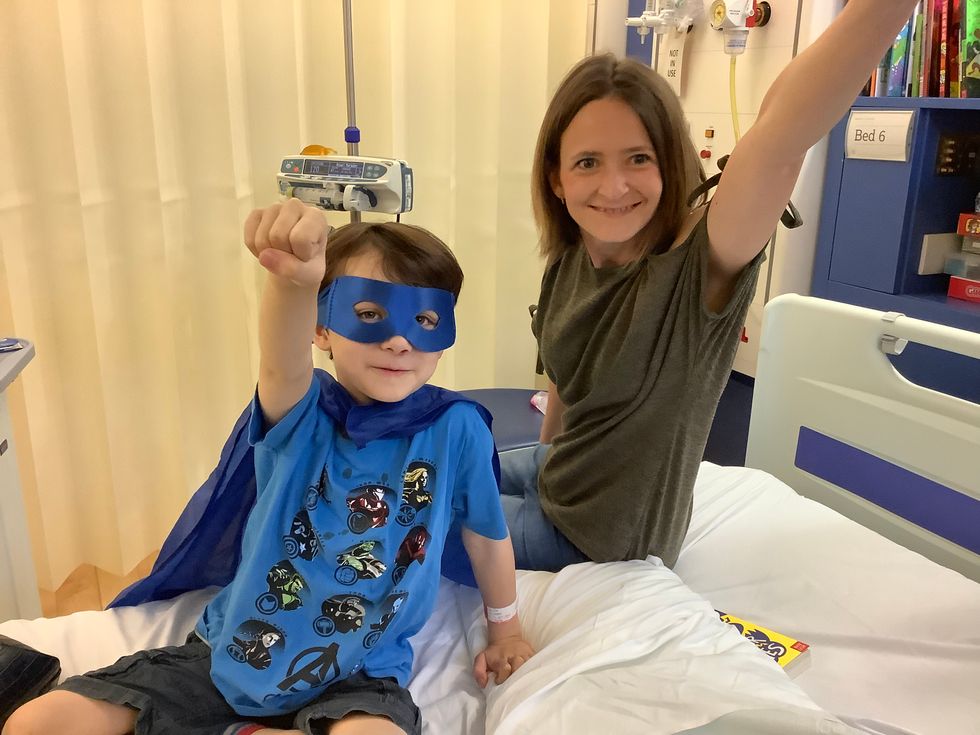 Ms Lennon said the UK is leading the way for children’s hospices – with only 12 in America, Canada and Australia put together – but are struggling to raise the funds they need to continue their vital work.

She started her training in May 2020 having not ridden a bike since she was a child – but fortunately her mother, who is a more “regular cyclist”, helped her along the way.

“I was a runner before but I knew it would take too long to run to all the hospices, so I had to think of another way”, she said.

“My mother didn’t even let me get on a bike to start off with. So I was getting up at six in the morning to cycle up and down the path by my house so I wouldn’t embarrass myself.”

Ms Lennon said she got the inspiration for her cycling challenge after attending a talk by Ben Fogle three years ago about climbing Mount Everest, adding that his line, “find your Everest”, stuck with her. 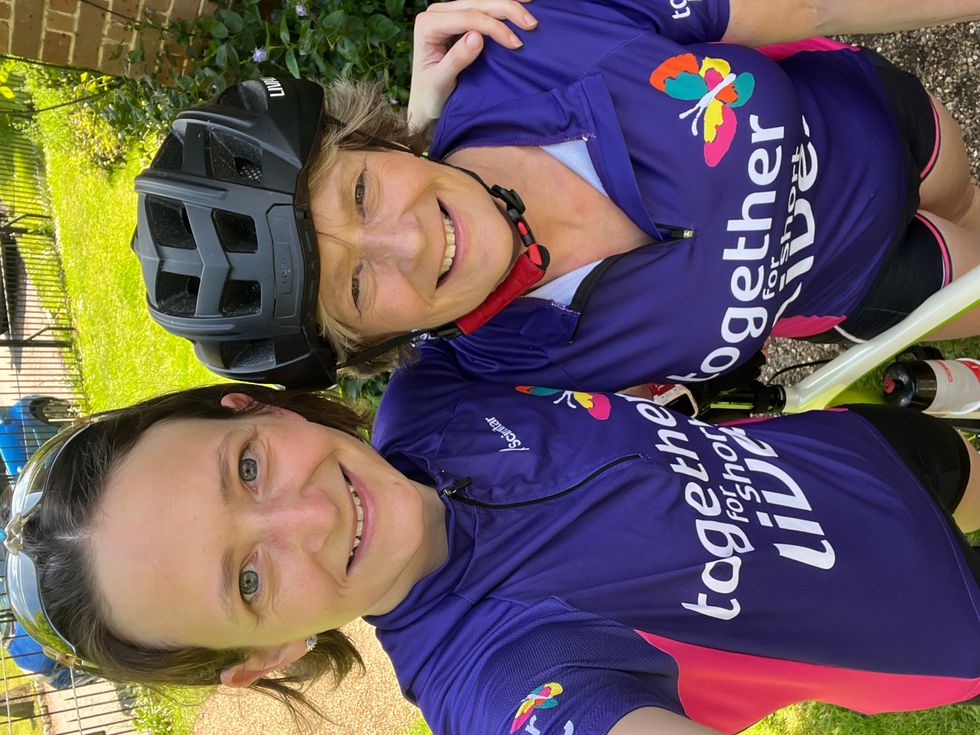 Ms Lennon has been training for her bike marathon since May 2020. She has received a lot of support from her mother (Francesca Lennon/ PA)

“It got me thinking that your challenge of a lifetime doesn’t have to be climbing Everest. It can be finding your own Everest,” Ms Lennon said.

“Given I didn’t actually own a bike and hadn’t ridden one since I was a child, it has definitely been an Everest to get to where I am today.”

Ms Lennon’s fundraiser can be found at justgiving.com/team/CHATUK