Xingyi Quan is a well-known Chinese traditional wushu technique that is historically and technically related to Tai Chi and Bagua.

Song is one of its most renowned schools, founded by wushu artist Song Shirong in the late Qing Dynasty and systematically perfected over centuries. 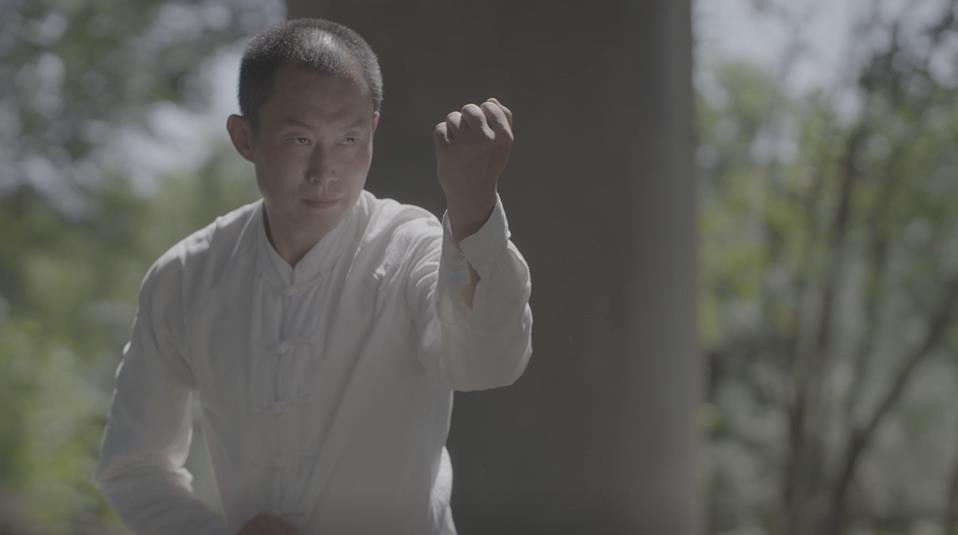 Fu Hongbo is a “Wu” generation disciple of Song-style Xingyi Quan who has been practicing wushu for over 30 years.

Xingyi Quan sprang from ancient battlefields by imitating the movements of the spear. “Through practicing with the spear, we create a rotating force around the body. Practice as if you were holding a spear, and the strength bursts in a single spot.” 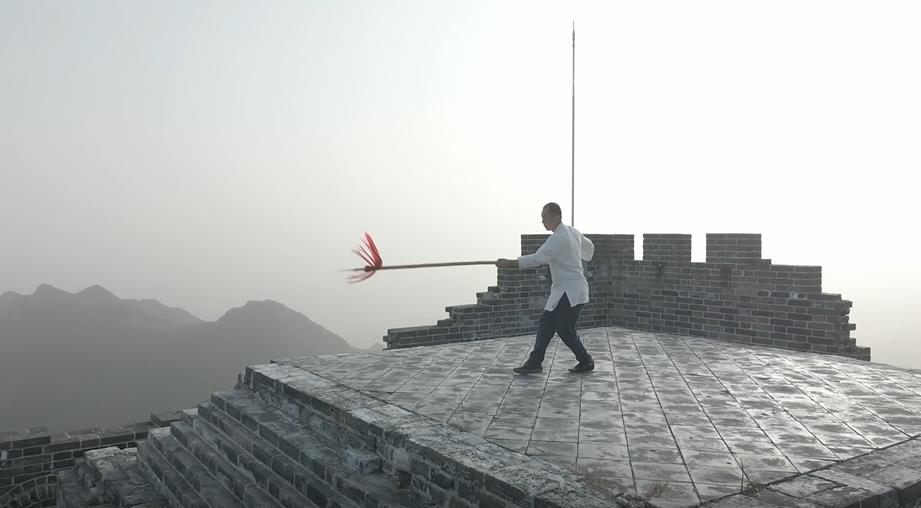 Song-style Xingyi Quan features strength bursting in a flash. Its sound mixes many elements together. There might be the friction of clothes or the sound of footsteps, with the strongest power emanating from the tendons and bones. Through sheer repetition, the burst of power resembles a whiplash. 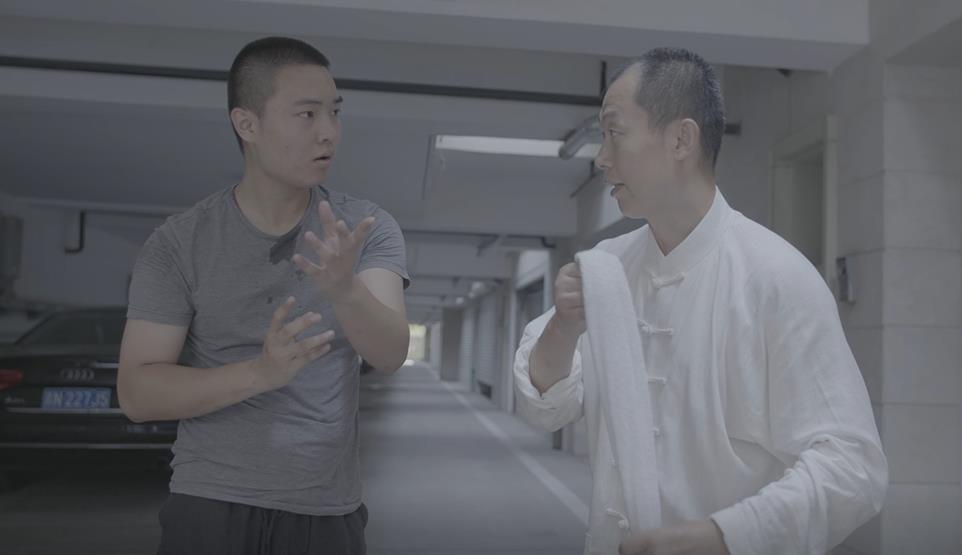 Chinese wushu emphasizes exercise of the tendons. There is a position called Pile Stance that exposes all the tendons of the body.

Xingyi Quan’s moves go in a straight line, so when practicing Xingyi Quan, one has to punch straight and focus all strength to a point. Fu Hongbo often teaches how to burst strength by using a towel. “Straighten the line in an instant, like this towel. If you miss the target, your power will be dispersed. Keep the entire body’s strength forward, as if you were rushing out.” 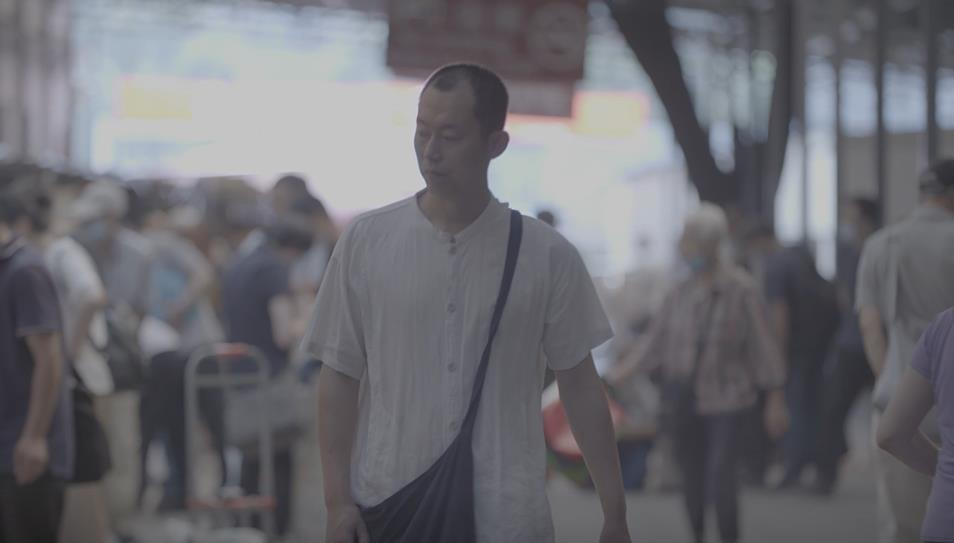 A famous saying goes, “Keep an honest heart and act.” The body and the heart should be unified. To practice Wushu, the key question is how to cultivate the mind. Fu Hongbo regularly frequents the second-hand book market on weekends, hoping to find inspiration in the older generations of practitioners.

“Outsiders wouldn’t understand it like we do. That’s why we have to read more: There might be written records.” 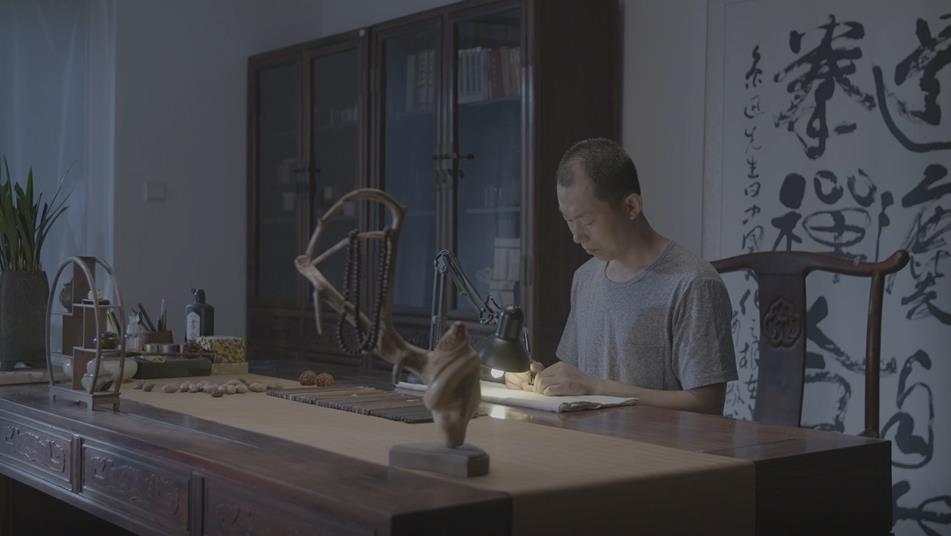 Another saying goes, “For one’s entire life, we seldom face real opponents, yet we must face ourselves every day.” Most opponents come from the heart. While practicing Xingyi Quan, one may feel the internal imbalance that makes the practitioner hold back.

Fu Hongbo likes kernel carving. It’s a kind of miniature art, with some detailing being as thin as hair. While carving a kernel, it’s important to keep the body relaxed and the mind tranquil, but explosive force is still sometimes needed. This helps practitioners understand the relationship between movement and stillness in Xingyi Quan. Only when you feel totally at ease can you burst out with the strongest power.