In a central Cape Town precinct dotted with illustrious neighbors such as the gutted Houses of Parliament, the high court, the Company’s Garden, and the Slave Lodge, stands stately St George’s Cathedral.

St George’s is a landmark in an area that once represented old money and power, an Anglican bastion that has seen a number of South African political transitions since 1901.

The most notable change in the cathedral’s history arguably came in 1986 with the inauguration of Desmond Tutu as the first black Archbishop of Cape Town and head of the Anglican Church in southern Africa.

Tutu, aka the Arch, amplified the role of St George’s, which under Dean Edward King, dean for 30 years, had become a beacon of resistance to apartheid.

During the Arch’s tenure, St George’s consistently sent out a message that a better and different country was possible and that apartheid was not forever.

After 1994, things changed. The church as a whole largely withdrew from the political arena, feeling its task was done.

Was this a mistake?

In an interview in the first year of his second decade as Dean of St George’s, the Very Reverend Michael Weeder spoke candidly about the church’s decision, and about President Cyril Ramaphosa, the ANC and the continuing struggle for freedom.

He said: “If you look back, the Arch, in his normal sensible and precise way, was right and he was wrong. He was right in the call for us to be non-aligned and to walk away from the romance of our association with the liberation movement.”

Because of that, however, the church stopped its watching brief on politicians and abandoned its role of apartheid times.

Weeder said taking up arms to fight for freedom took courage. However, motives needed to be examined once liberation had been gained and some people looked to occupy political positions.

“When you say, I’m here and I want to be on the list and get the entitlement and everything that goes with the temptation of power that has monetary benefits, it is no longer speaking to your upper nature but to the lower nature of your basic instincts.”

When he was in the running to become the third black dean at St George’s, Weeder considered withdrawing his name. However, the Arch would have none of it and urged him to trust the process. Working closely with Tutu reaffirmed Weeder’s own conviction to not bow down to political power.

In December 2016, as South Africa was sliding away from the principles of ANC lodestars such as Oliver Tambo and Nelson Mandela and a moral response was needed to the corrosive effects of the Jacob Zuma presidency, Weeder wrote an open letter to the country’s No 1 citizen .

He responded to Zuma’s assertion that it was sad to see the clergy get involved in politics instead of praying for political leaders.

Weeder reminded Zuma that worship services were sites of the anti-apartheid struggle.

The letter stated that when the church was at its justice-focused best, it was able to hear the voice of God in the cry of the marginalised and the poor. In what it called a sin of omission and neglect, the letter said the church had abandoned the Struggle and surrendered the political kingdom to Zuma and his ilk. It had allowed them to abandon the mandate the electorate gave them.

This was a brave intervention, showing the then president, his enablers and the ANC it was no longer business as usual.

Now Cyril Ramaphosa is in the Union Buildings. Has he lived up to expectations? Is the electorate being taken for a ride again?

The dean commented that Ramaphosa was a progeny of the ANC and had a certain way of thinking, a way of following the party line in a tradition of “‘n mens praatie ytie huis ytie”, which means family secrets are not shared with outsiders.

Weeder noted that, during the freedom struggle, such an approach was necessary.

“In fact, it was essential in the struggle for liberation. Now that we have the tools of our liberation in our own hands, we also need to deconstruct who we are and what a liberation movement is. We need to look at the message people have repeatedly given in local elections. People who were previously taken for granted are now saying to the ANC, ‘It’s not that we don’t love you, but we’re not going to put our vote with you. It doesn’t mean we’ll put our vote with other people. But it’s difficult to walk with you.’”

There lies the alienation of the ANC from parts of the electorate that once thought the party would bring a better life to all.

As for Ramaphosa, Weeder recalled the Old Testament prophet Ezekiel, who advised a servant, alarmed by the size of enemy forces ranged against them, not to look at what was in front of him, because those for them were more than those against them.

“The ANC has had so many calls for its renewal, to be recommitted, to be born again, and I often have to remind myself and others like me that we didn’t join the ANC for Oliver Tambo or the Freedom Charter. Those were things and personalities that inspired us. But we joined and committed to the Struggle because of the plight of the poor. That is why we fell in love with the Struggle. We fell in love because of the ordinary people who nurtured us, who gave us vetkoek by die biduur [traditional cake at prayer services], and who were there when we needed to hide MK soldiers. Those were selfless individuals.

“I saw him [the President] when he launched the Anti-Gang Unit in Hanover Park in November 2018. Such beautiful optics. However, the way generals Jeremy Vearey, Peter Jacobs and Andre Lincoln have been betrayed… they are flawed individuals, but they are symbolically representative of our best efforts to fight crime. Whether Jeremy should have said ‘moer home‘ on social media or not — it is a facetious reason to get rid of someone.

“The action taken against them speaks more about the dire nature of evil. I don’t judge anybody. I am not in his position as President. I have a sense of him. He is a good man, but good people also need courage and also need to remember what Ezekiel said, that those who are for us are more than those who are against us. The President must look to that and if it means he must sacrifice bad ones in his midst he will still have the power of the presidency.”

Weeder is dismayed that the racial categories of apartheid are still being used to divide communities. “We have so easily become colored again.”

Is there an activist role for the clergy?

“This younger generation of leadership will have to find their own way on the path to Calvary with the way they hear the Holy Spirit. We can use my generation, the Tutu generation, the Boesak generation. We can use it as an example but we can’t expect the new generation to mimic the Tutus because the conditions and the times are different.”

Struggle-aligned clergymen like Weeder never thought they would have to speak out against a government of the people to demand that it govern for the people.

After this interview, Farmgate happened. Approached for comment as he walked the Camino de Santiago pilgrimage in Spain, Weeder proffered this to the President: “For the people to see you, Mr President, you must open your heart to them. Your willingness to choose vulnerability will be the cornerstone of your personal and collective ability to stand, resist and overcome for the people’s sake.” DM168

Dennis Cruywagen is the author of Brothers in War and Peace and The Spiritual Mandela, He is a former deputy editor of the Pretoria News and the recipient of Nieman and Mason fellowships, and has a master’s degree from Harvard’s Kennedy School of Government. He was also an ANC spokesperson.

This story first appeared in our weekly Daily Maverick 168 newspaper, which is available countrywide for R25. 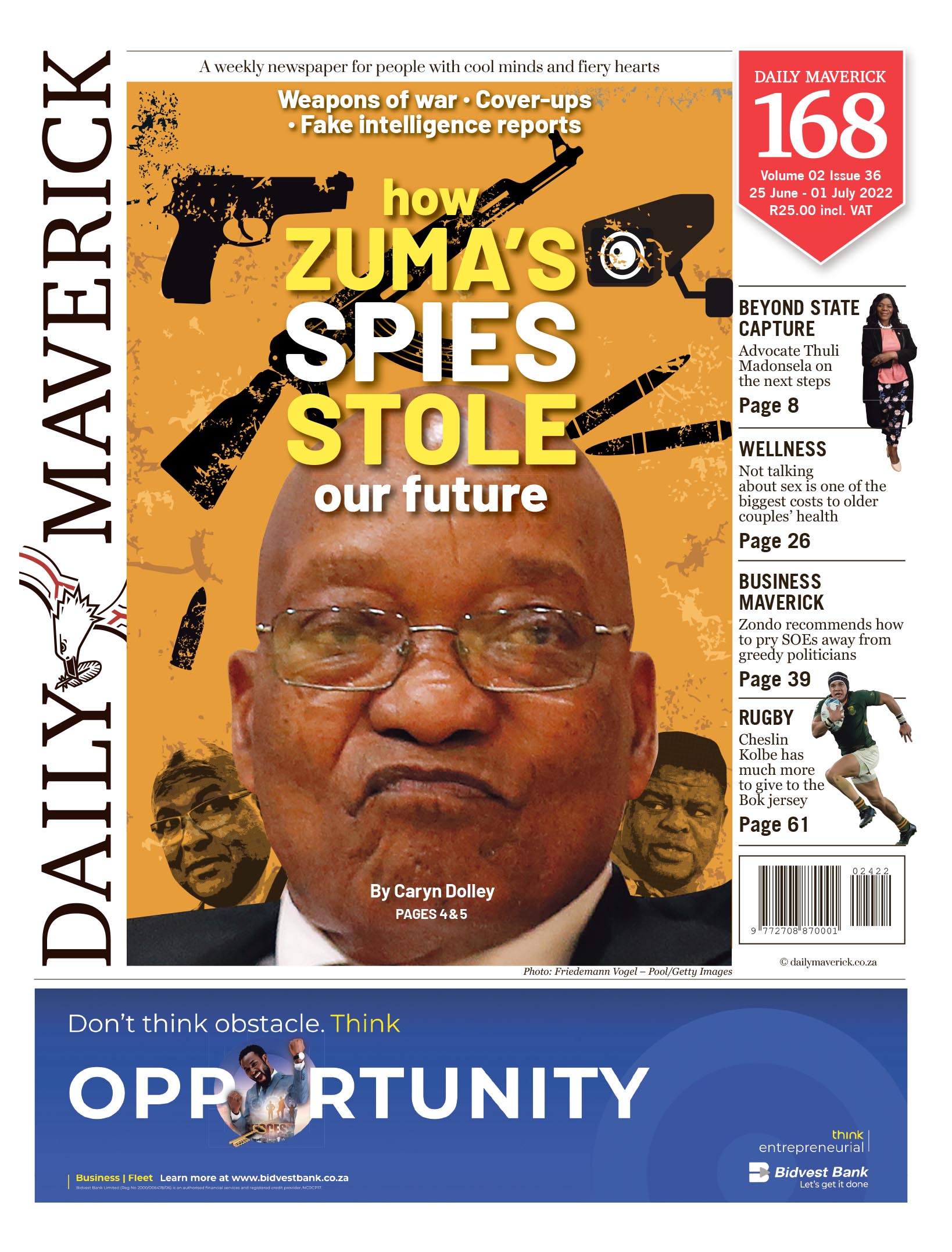