With the Le Mans 24 Hours on the horizon, Sebastien Bourdais says his sportscar racing odyssey “is about to get a whole lot crazier”. He’s not wrong.

The Frenchman has been a regular in sportscars for most of the past two decades, but the difference this time is that it’s not in parallel with a single-seater programme. For the first time since 2010, the four-time Champ Car champion has no US open-wheel ride this year. Instead, he’s split his focus between the IMSA Sportscar Championship with Chip Ganassi Racing’s Cadillac DPi-VR, and the World Endurance Championship with Vector Sport in the ubiquitous LMP2 ORECA-Gibson 07.

Bourdais acknowledges that the door to an IndyCar return is now “pretty much” closed.

“I was still hoping that there might be something this year towards the end of the season with maybe a third car program kickstarting to help that going,” he tells Autosport prior to securing a second IMSA win of the season at Detroit’s Belle Isle. “But I think it’s pretty much all buried at this point.

“For the future, the Cadillac contract is pretty much exclusive, so it’s very unlikely going to open up any kind of doors. Yes, I think it’s pretty much [done]. Not so much by choice, but just opportunities – racing is a lot about that.”

The glittering IndyCar chapter of his career may now be behind him, but Bourdais is enthused by what’s coming on the horizon. It’s the last season for the 2017-era Daytona Prototype international cars before LMDh arrives to face off against Le Mans Hypercars in IMSA and the WEC. Details of Caddy’s plans for its Dallara-based LMDh that will race in the WEC’s Hypercar class and IMSA GTP will be fully revealed on Thursday, but Ganassi is expected to play a major role in the development of General Motors’ latest project.

“It’s supposed to start pretty soon,” Bourdais says. “It’s always great to be at the beginning of the development of the new baby, and I think we will feel the same in the programme.

“That DPi car is just fantastic to drive, being a fairly-new program at Ganassi and we’re still making big strides. At Mid-Ohio, we started off really bad and then made some significant progress to the point where an Acura track was maybe not so much of an Acura track any more, despite the fact that we were 25 kilos heavier than they were.

“That’s the cool thing about racing – when you think you’ve reached a dead-end or the maximum of whatever the car potential is, then there might be something left. That’s what you strive for to try and keep raising that bar.”

As Bourdais alludes, Ganassi is still finding his feet in IMSA. It joined the DPi class last year with a single-car entry before expanding to two for this year and brought Bourdais back into the fold (after he’d been part of Ganassi’s Ford GT effort) to partner Renger van der Zande. And although the pair’s two wins are the only podiums they have to show for their season so far, leading Bourdais to concede that “we’ve already had at least one too many jokers” to be considered automatic title contenders with four races remaining, their pace certainly hasn’t been in doubt.

“Doing this in coordination with the F3000 programme, it was a very fast moment for me learning to develop cars when we got the C60 [in 2001] with Andre de Cortanze and Claude Galopin and a bunch of super-smart guys that just became kind of a second family” Sebastian Bourdais

Bourdais has taken four pole positions from the last five races, at Sebring, Long Beach, Mid-Ohio and Detroit, all of them new lap records. His storming opening stint that secured Long Beach victory, charging back to the lead after an early delay in traffic caused him to drop to the back of the DPi pack, which was as convincing as you’ll see anywhere this year.

“There was no holding back!” says Bourdais, reflecting on Long Beach. “Maybe I wouldn’t have had to push that hard we had been in control in the lead and not needing to blow up the BoP and get another 10 kilos in the car for the next race…

“But at the same time, it had been the pace of the car the whole day before and when you really feel like one in the car, confidence and comfort has got everything to do with how fast you’re going to go and how much you can challenge the car. It was a really dominant qualifying performance and then it carried on in the race.”

Bourdais says his huge bank of experience in IndyCar gives him “a bit of an edge” in making the “normal transition” to prototypes. But he also has an extensive back catalog of endurance racing to draw on, dating back to his first exposure to sportscars in 1999. That year, he shared a Larbre Competition GT2 Porsche with 1970s Formula 1 star Jean-Pierre Jarier and Pierre de Thoisy. The drive was initially slated for his father, the 1991 French Clio Cup champion Patrick.

“He really wanted me to get my feet wet a little bit in that thing, and try and get some experience in bigger cars,” Bourdais explains. “We were initially trying to do it together and just didn’t have the money to buy ourselves two seats, so he gave me his seat.” 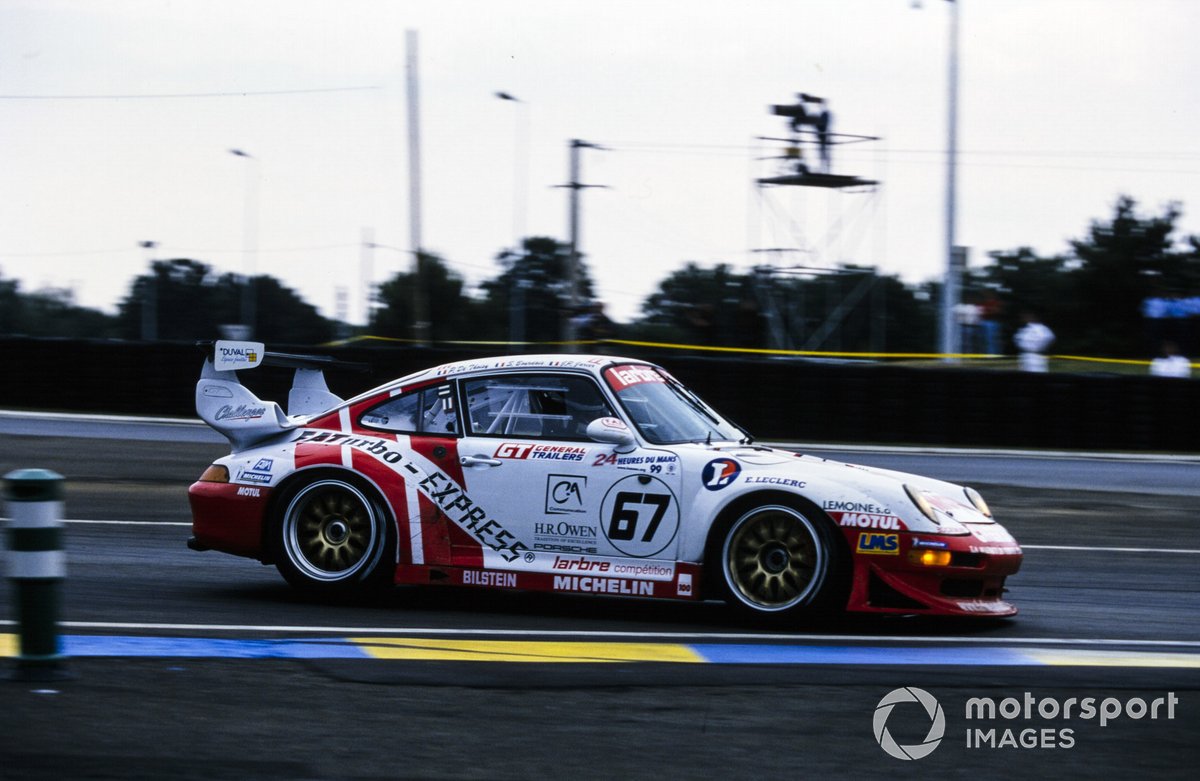 Bourdais made his first Le Mans start back in 1999, when he shared a GT2 Porsche with Jean-Pierre Jarier and Pierre de Thoisy

Then, after winning the French Formula 3 championship, came in contact with Le Mans legend Henri Pescarolo, who had just called time on his driving career after a record 33 starts in the great race. Bourdais was signed to race a Courage C52 with ex-F1 racer Olivier Grouillard and Emmanuel Clerico for select races in 2000 alongside his primary program in Formula 3000, finishing an excellent fourth at Le Mans behind a trio of factory Audis.

“That really started the whole sportscar love story for me,” Bourdais says of a period that culminated with two FIA Sportscar Championship wins during his 2002 F3000 title-winning year. “It was very much a family atmosphere.

“Doing this in coordination with the F3000 programme, it was a very fast moment for me learning to develop cars when we got the C60 [in 2001] with Andre de Cortanze and Claude Galopin and a bunch of super-smart guys that just became kind of a second family.

“The involvement I had in sportscars being with the smaller teams that could and trying to take it to the big guys, being Audi and whatnot, was super interesting. A lot of things have happened thanks to Henri and the team, and the family that was behind it, for me in endurance.”

Given sportscar racing has only ever been a sideline for Bourdais until now, his honors list is impressive. He won the Spa 24 Hours with the Larbre Viper in 2002, claimed the Daytona 24 Hours in 2014 (as well as in class in 2017) and has two Sebring 12 Hour wins to his credit too. He won the GTE Pro class at the Le Mans 24 Hours in 2016, driving the Ganassi-run Ford GT, and finished as outright runner-up no less than three times driving for Peugeot.

It’s the Sebring wins he cherishes most though, having lapped the field with Action Express on an “incredible day” in 2015 – “When you end up lapping a Ganassi car which didn’t really have any problems, you know you’ve done something right” – and fought back from two laps down to win with a broken rear-wing for the underdog JDC-Miller Motorsport Cadillac team last year.

“I don’t think there was anybody in the team that was thinking about winning the race after six or seven or eight hours,” he recalls. “We were still two laps down and not particularly quick. For it to all come together and then feel like it’s going away when the rear wing failed, but still winning in the end, it was a total rollercoaster.”

But there remains an important bucket list item for him to check off. Bourdais acknowledges that an outright Le Mans win remains “probably the single biggest goal” and points out that “three second places don’t award you anything towards a win”. 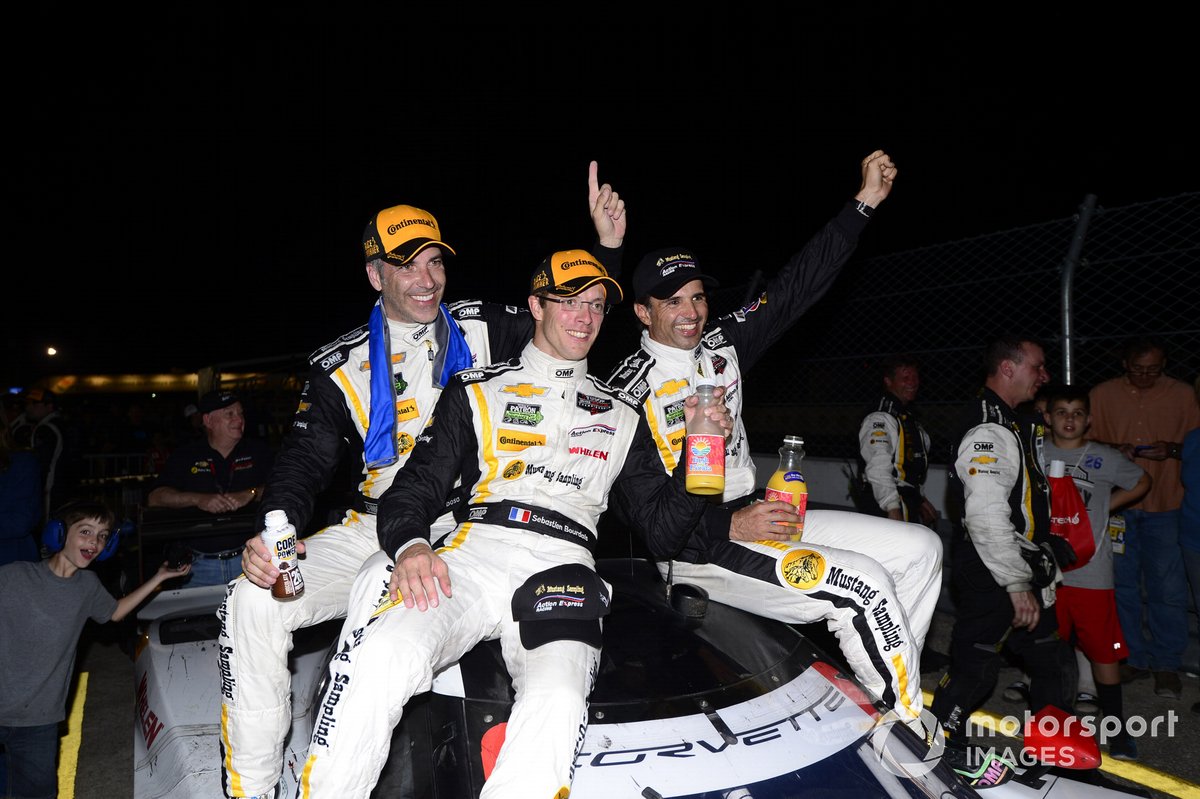 Going back to Le Mans this year in a prototype for the first time since 2012 aboard a Pescarolo Dome will be the best possible preparation, although the Vector squad is still a young team entering only its third race. Bourdais knew team boss Gary Holland when they had worked together at the 2020 Le Mans 24 Hours with the Risi Ferrari team.

“Obviously having the endeavors to go back to Le Mans hopefully with Cadillac next year if we get an invitation, then it was pretty straightforward and automatic interest,” he says of his response to Holland’s offer.

Bourdais had to skip the WEC season-opening Sebring 1000 Miles as Cadillac didn’t grant its approval for him to compete on the day before the 12 Hour IMSA race – where early mechanical problems wrecked the polesitter’s race. But he joined up with Audi DTM ace Nico Muller and Irishman Ryan Cullen for round two at Spa.

In one of the most chaotic WEC races in recent memory, which was red-flagged three times, the trio finished 10th in class after Bourdais was one of several drivers to fall foul of the conditions passing a slower GT car and got stuck in the gravel .

“We know we’re up against really strong opposition, so we’ll just try and do the best we can to maximize our chances so that we can come out of there with our heads high” Sebastian Bourdais

“It’s been a very challenging, tricky start for the team,” he acknowledges. “There’s still ways to improve for sure, we’re not exactly where we want to be. But then obviously if I didn’t screw it up in the race at Spa, it would have been a different result!”

A top-five in LMP2 at Le Mans “would be a very good achievement”, Bourdais believes, given the experience of other outfits with the well-proven ORECAs.

“We’re definitely on a steep learning curve and have a strong challenge in front of us but we’ll give it our best effort,” he says. “We know we’re up against really strong opposition, so we’ll just try and do the best we can to maximize our chances so that we can come out of there with our heads high, feeling that we did a good job. Hopefully we’ve put all the bad luck in one basket and exhausted it, so we can enjoy a strong run.”

Regardless of where the Vector team finishes, it will be invaluable experience both for Bourdais and for Cadillac – that could have a significant payoff this time next year… 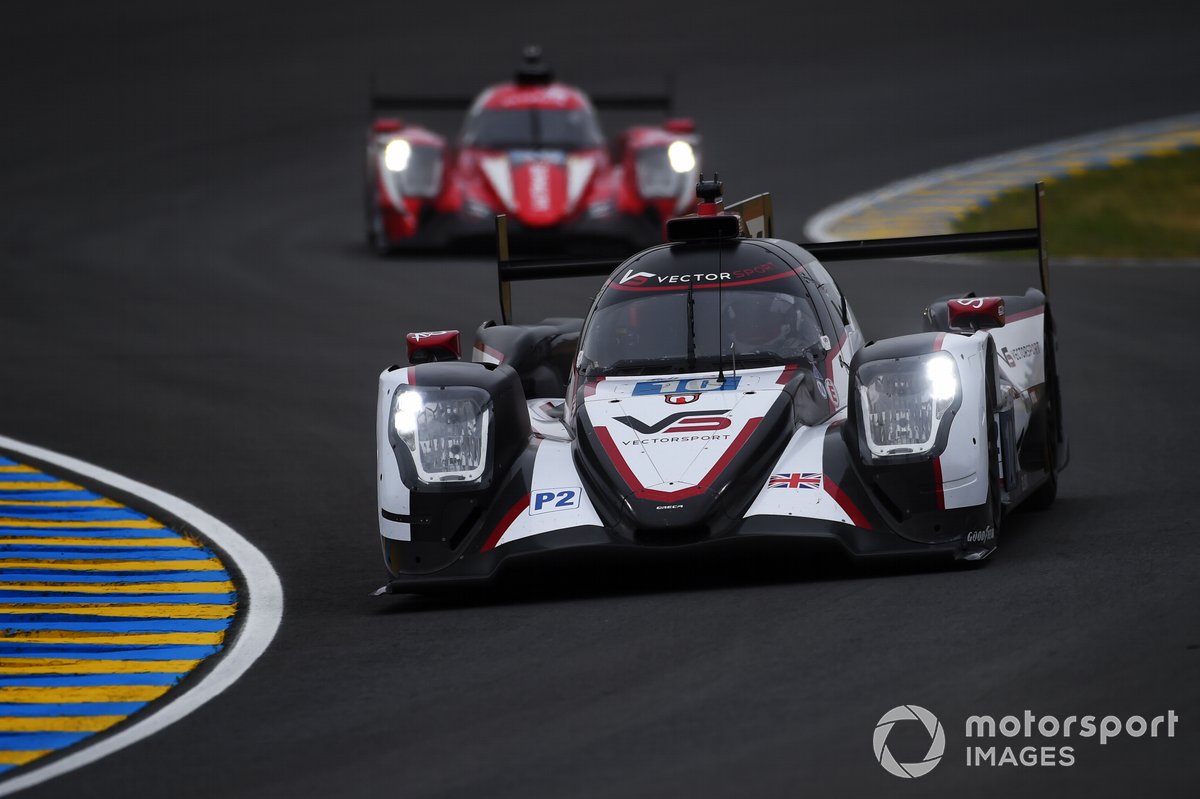