Kenya doesn’t trip off the tongue as a global motorsport powerhouse but at the Safari Rally two trailblazing local drivers determined to break down barriers lit up the famous event.

While Toyota’s Kalle Rovanpera enhanced his reputation as the World Rally Championship’s new wonderkid by conquering the Safari, there was another success story unfolding in the Kenyan savannah. Part-time school teacher Maxine Wahome created history by becoming the first woman to win a WRC support class since Isolde Holderied won a Group N Cup round in 1994, with victory in WRC3.

But Wahome wasn’t the only trailblazing local, as paraplegic driver Nikhil Sachania inspired disabled drivers across the globe to finish arguably the world’s toughest rally inside the top 20.

Wahome’s success has shot the 26-year-old to not only national notoriety but global fame, with her achievements recognized by none other than seven-time Formula 1 world champion Lewis Hamilton, who shared Autosport’s post celebrating the milestone.

Incredibly Wahome’s success has arrived just 12 months after taking up rallying at the 2021 Safari Rally, and her victory came in her first event behind the wheel of the M-Sport Poland built Ford Fiesta Rally3 car. Motorsport has always been in Wahome’s blood as the daughter of a rally driver, which initially piqued an interest in all things with an engine.

Eleven years in motocross finally gave way to a foray into rallying after convincing her father that it was time to go rallying. And in the space of a year, Wahome has enjoyed a meteoric rise from competing in the African Rally Championship events to become a history-making WRC3 event winner.

PLUS: Why WRC’s Safari tour is more than just a rally

“I asked him one day and he said the easiest thing to do was to do motocross and I did that for 11 years and eventually I told him it was time to change. I got into Rallycross and last year we entered the WRC Safari Rally last year with my Subaru Impreza, so I have only been competing for one year.

“Definitely it is a big surprise for me [to win WRC3], My goal was just to learn the car so by learning the car each day I guess I improved my speed and made it to first position.

“Thursday was my first time sitting in this car on the dirt. I guess the only testing I got was on tarmac which is completely different for the Safari. I just decided to take it step by step and learn it so that it what got me here.”

Despite tackling arguably a tougher Safari compared to her debut event last year, Wahome managed to complete the 19 gruelling stages to win the WRC’s third tier class by 25 minutes and 27 seconds from Jeremy Wahome (no relation), while McRae Kimathi sealed an all- Kenyan podium. To cap off the performance, Wahome finished the event 16th overall, one place behind M-Sport Rally1 driver Gus Greensmith.

PLUS: The African McRae aiming to become a WRC pioneer

Inspired by 2016 Australian Rally Champion and last year’s Extreme E winner Molly Taylor, Wahome was overcome by the success, but is fully aware of the important step she has taken in helping inspire a new wave of female drivers into the sport.

“It was so amazing when I did my interview I was speechless,” she says. “I couldn’t believe I made it and I was proud of myself and my team. I’m proud I have made history.

“Definitely that [the Junior WRC] is [a goal], For my first time in this car, I would like to get some more seat time but eventually that is my other goal it stop make it there” Maxine Wahome

“This [helping women into motorsport] is something I always think about no matter what car I’m driving, I would like to encourage more ladies to come back into the sport. It is has been a long time since any lady has been on the top, so that is also my other goal to make it up there. This is all about women empowerment.

“I look up to Molly Taylor. She has been inspirational and a role model for me and it would be great to meet her one day.”

While Wahome may be a new face on the world stage, it was hard not to be aware of her presence in Kenya, with her face plastered on giant billboards as part of a quartet of local rally drivers that are part of the FIA ​​Rally Star program , which aims to unearth new young talent globally. Wahome was joined by Junior WRC regular McRae Kimathi, Jeremiah Wahome (also no relation) and Hamza Anwar, with all four driving Rally3 Fiestas backed by national telecommunications firm Safaricom. 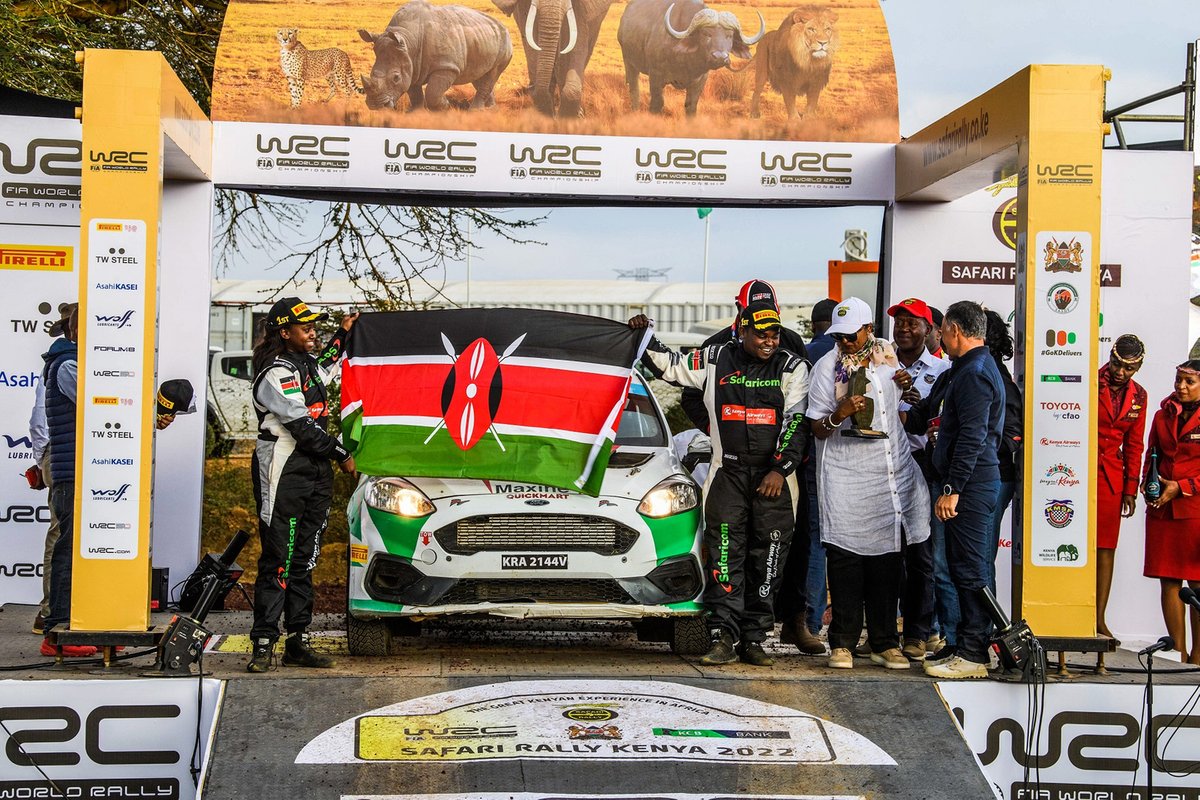 Rallying is deeply rooted in Kenya thanks to the Safari Rally becoming the nation’s largest sporting event since its inception in 1953, as a celebration for the coronation of Queen Elizabeth II. Therefore when the WRC made its visit to Kenya, these four faces became the poster girl and boys of the event triggering hordes of local fans to cheer the quartet on.

Prior to the Safari Rally, motorsport was purely a hobby, an activity that joined golf in which Wahome partakes in once in a while when not working as a children’s teacher. However, following the success rallying could soon become more than a hobby.

This could be the first step on the journey to joining the WRC on a more regular basis. The support has not stopped since the event with Safaricom offering Wahome a million Kenyan shillings (£7,000) as a bonus, while also confirming outings at WRC events in Estonia (14-17 July) and the Acropolis Rally in Greece (8-11 September) ). It appears the Junior WRC may soon add its second Kenyan regular and its first female to its entry list.

“Definitely that [the Junior WRC] is [a goal],” she added. “For my first time in this car, I would like to get some more seat time but eventually that is my other goal it stop make it there.”

While Wahome is now spearheading a new wave of African talent, paraplegic driver Sachania has a mission of his own in proving to others facing similar challenges in life that motorsport remains a viable discipline.

Originally born in the UK to Kenyan-Indian parents before relocating to Kenya aged five, Sachania’s world was turned upside down following a quad bike accident while training in 2011. The petrolhead, then aged 22, was hastened to Nairobi hospital but the facility didn’ t have the equipment to perform the operation, so a transfer to India was required. It was there where it was confirmed he would never walk again.

It came as a life-changing blow with hopes of continuing a love of motorsport hanging by thread. However, three years after the tragic accident Sachania was back behind the wheel as Kenya’s first paraplegic rally driver after refusing to give up on the dream.

After sourcing a Fiat Punto with a hand control mechanism from Spain, he has now graduated to a Mitsubishi Evo X using the same power delivery system. Sachania is able to drive courtesy of two rings attached to the steering wheel. One on the front acts as the throttle when downward pressure is exerted, while the ring on the back is pulled up to deploy the brakes.

Last month was Sachania’s second Safari Rally and he continued to defy his disability to finish an impressive 18th overall from 43 entrants. 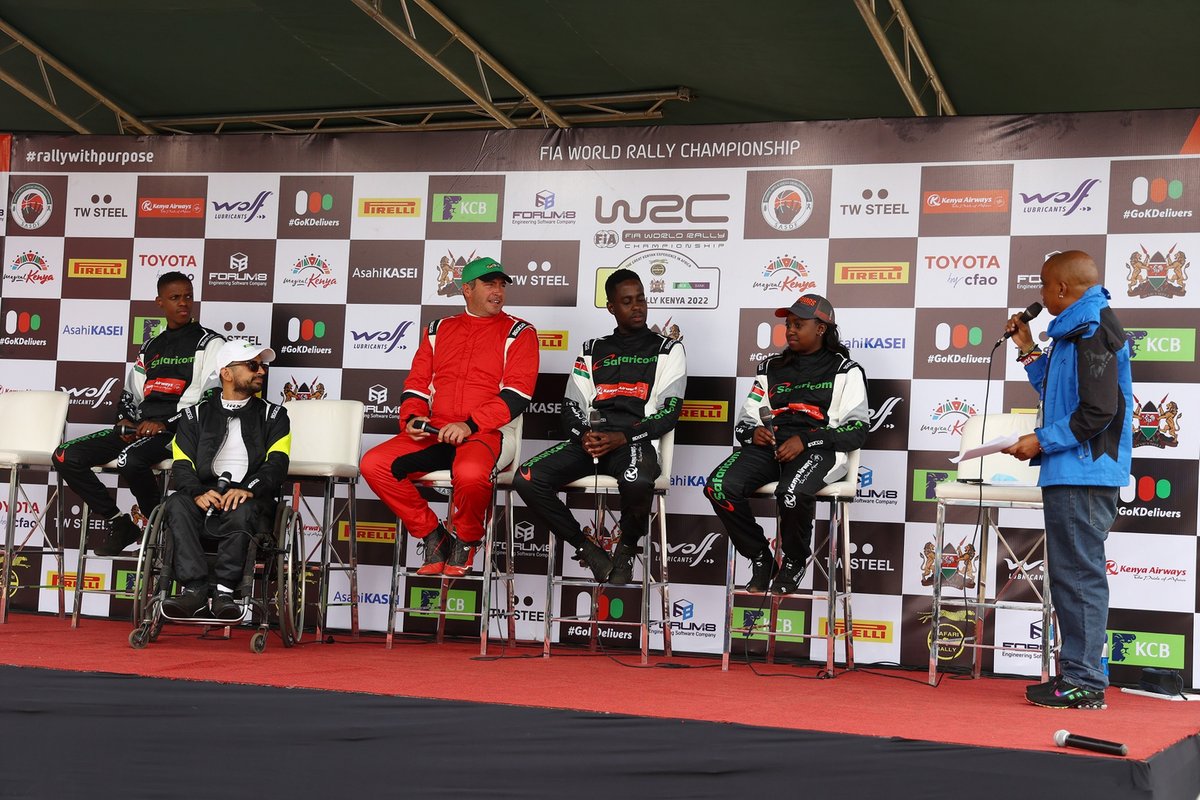 Nikhil Sachania (second from left) on stage during Safari Rally

“Even before my accident I have always loved speed and adrenaline, so I wanted to do this,” he tells Autosport. “It was tough for my family and my friends to go back and do this thing that put me in a wheelchair, but I was keen and I wanted to prove that I could still do it.

“With WRC coming to Kenya, I think the word has got out a lot more and I’m quite grateful for that, and I hope it will inspire other people in my condition. You can do what you want if you put your mind to it. The technology is available and if you are brave enough you can come out to Kenya and do the Safari Rally.

“It is all mind over matter, that is my key piece of advice” Nikhil Sachania

“There are some people that still don’t believe that I’m driving. There are some places we go in Kenya, that are quite remote, so when they do see me get out of the car in my chair it is quite jaw opening for them. It is quite a crowd pleaser and a real talking point.”

For those inspired by his exploits, Sachania has one piece of salient advice.

“It is all mind over matter, that is my key piece of advice,” he says. “Getting into motorsport is becoming much easier, the FIA ​​has a whole commission for disabled drivers and they have helped me quite a bit.”

Africa may still be an emerging force in global motorsport but Wahome and Sachania are evidence that there are determined drivers ready to break down boundaries to compete on the world stage. 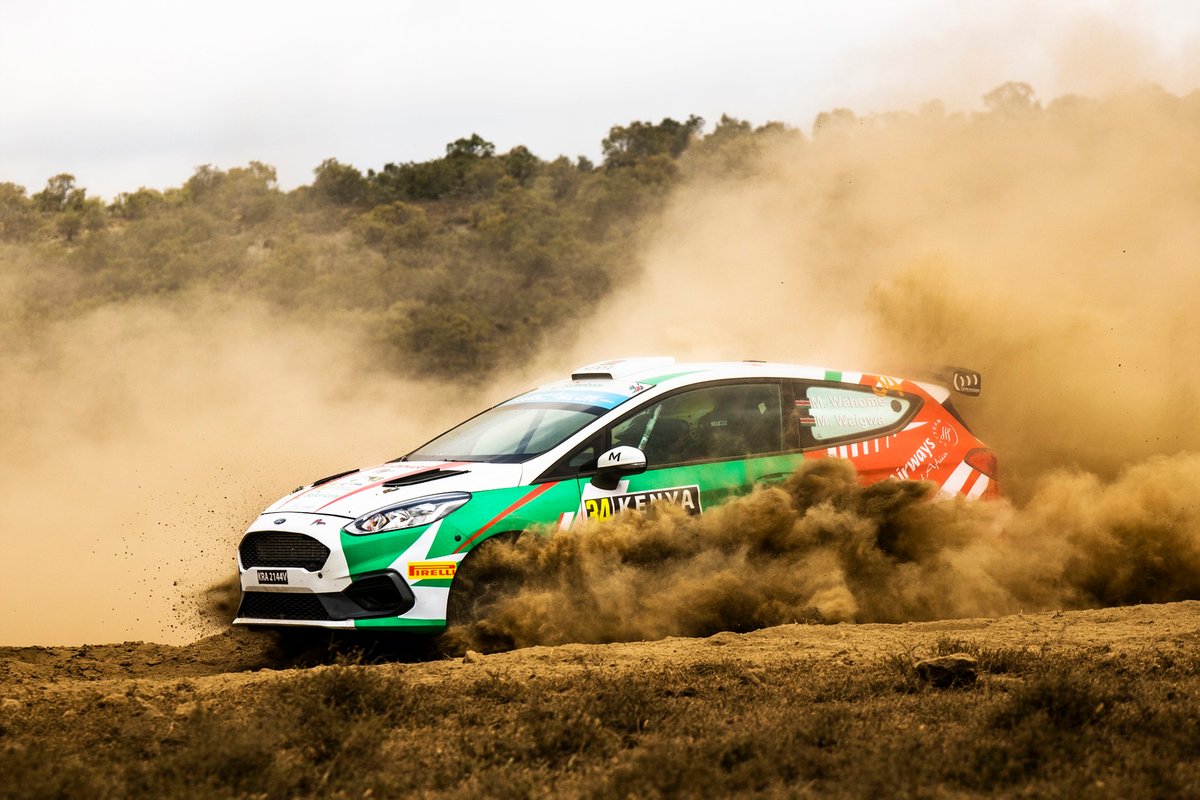 The future of rallying in Kenya remains very bright