Get inside Wall Street with StreetInsider Premium, Claim your 1-week free trial here.

During the 2022 Winter Olympics, athletes from all over the world gathered in Beijing. The cupping therapy of the Traditional Chinese Medicine Health Center inside the Winter Olympic Village once again became a sensation among the athletes.

When applying cupping therapy, special cups are heated to create a vacuum and applied on specific acupoints or treatment sites. This method of negative pressure suction then produces a therapeutic effect.

Forms of cupping have been practiced for thousands of years in ancient Egypt, India, and China. The records show that cupping therapy was used to relieve pain and treat abscess blockages in China about 2000 years ago.

Cupping therapy has developed alongside TCM theory as a part of its strong foundation. TCM believes that the human body is associated with the dynamic balance of opposites in the form of Yin and Yang. Pain results from an imbalance in this unity within the body. Cupping therapy can effectively stimulate human meridians and acupoints, remove blockages in the body, detoxify the blood, and clear away heat.

In San Jose, TCM acupuncturist Dr. Li Ying treated an eczema patient who had suffered from eczema for more than four years and found no success using Western medicine. Then, through the recommendation of her cousin, the patient went to try out acupuncture and TCM.

Dr. Li Ying, a practitioner in California for 26 years, has witnessed the TCM medical practice transition from a source of suspicion to receiving recognition by local clients. Today, her clinic is well-known in California, and more and more clients are attracted to her practice through word of mouth about her medical skills.

Regarding the difference between Western medicine and TCM, she believes that the latter emphasizes holistic treatment to “treat both the symptoms and the root causes.” TCM should guide those seeking treatment to better understand their diseases and ailments from various perspectives, including psychology and living habits, apart from relieving patients’ pain. This is the unique perspective of TCM.

Due to the continued development of TCM, more and more Americans have come to recognize and accept the healthy treatment concept offered by TCM. At the same time, TCM practitioners continue to promote the treatment methods of TCM in every way possible, including through acupuncture, cupping, massages, Qigong, and Tai Chi, all in an attempt to prevent disease and improve fitness.

This content was issued through the press release distribution service at Newswire.com. 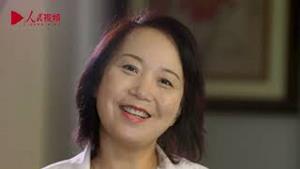