Only a guy like Eddie Jones could have an eight match winning streak over the Wallabies and still be facing questions about his future as England rugby coach.

But ahead of the first Test against Australia in Perth tonight (7.55pm AEST), the Australian says he enjoys the pressure and even thrives on it.

England arrived in Western Australia last week after losses to Ireland, France and most recently a surprise 52-21 defeat by the Barbarians.

The often irascible Jones hopes to lead England to its ninth consecutive win over the Wallabies in the opener of a series that includes matches in Brisbane and Sydney over the following two Saturdays.

While admitting he was under pressure with the 2023 Rugby World Cup in France approaching, Jones said he wasn’t alone.

He said that New Zealand coach Ian Foster would be feeling similar after a dip in the All Blacks’ results late last year.

“I think every international coach is under pressure,” Jones said.

“Dave (Wallabies coach Dave Rennie) is under pressure, across the ditch they’re under pressure… that’s part of the job that we like and enjoy and accept the responsibilities of that pressure.” 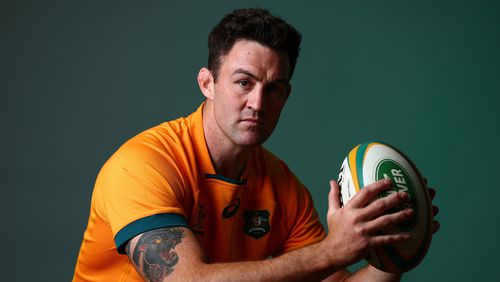 Rennie has named second rower Cadeyrn Neville in the starting side for the opener, making Neville the oldest Wallabies player in more than 20 years to make his Test debut.

The 33-year-old Neville was named a confirmed starter on Thursday — 10 years after he was called into the squad without earning a cap.

In 2012, Neville was in his first year playing for the Melbourne Rebels — his first of three Australian Super Rugby sides — when he was drafted into the Wallabies squad to travel to Argentina and then later on a British tour.

But he never made it into a matchday 23.

Porecki spent five years in English rugby with Saracens and London Irish before returning to Australia in 2020 and playing in the Waratahs front row. 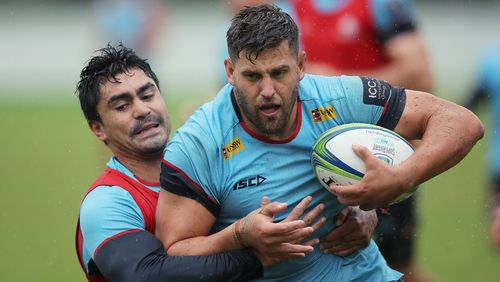 Michael Hooper will captain the Wallabies for the 66th time.

The Wallabies arrived into Perth late on Thursday night from their base on Queensland state’s Sunshine Coast north of Brisbane.

Jones has gone with flanker Courtney Lawes as the England captain despite Owen Farrell’s return.

Named at inside centre, Farrell was tipped to return from injury as skipper but Jones stayed with Lawes, who led the team through the Six Nations.

It’s the first time since 2018 that Farrell has been overlooked as captain.

Jones said he doesn’t place a lot of importance on the winning streak, and admits he expects the Wallabies will play a style of game he’s become used to. 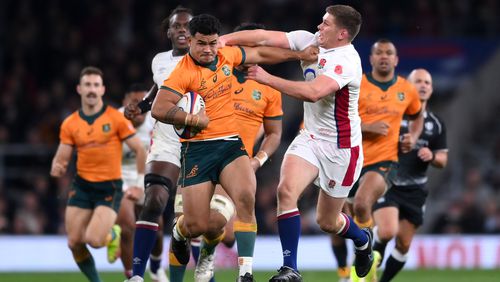 “Australian rugby is traditionally attacking, they like to move the ball, there’s a lot of lateral ball movement,” Jones said.

“We’ve been able to counter that, and then find ways to score points against them.

“I’m sure Australia won’t be encouraging too many lineouts in the game. Their general pattern against us is that they don’t kick out, they kick in.”

“I’d be surprised if they didn’t throw the kitchen sink at us,” the England captain said.

“So we’re very ready for all scenarios.”