Every year World Refugee Day, celebrated on 20th June, shines the spotlight on the situation of displaced people around the world and like every year everyone hopes that this situation will improve. It is clear that unfortunately this is not the case and the living conditions of millions of people are deteriorating.

The war in Ukraine has caused the most serious refugee crisis in Europe since the Second World War, while numerous humanitarian crises continue to cause great instability across the planet.

This year, the theme of World Refugee Day is the ‘Right to Seek Safety’ and the core message behind it is that everyone has a right to seek safety, whoever they are, wherever they come from and whenever they are forced to flee.

‘Whoever they are’ means that all people forced to flee should be treated with dignity. Anyone can seek protection, regardless of who they are or what they believe. It is non-negotiable: seeking safety is a human right. 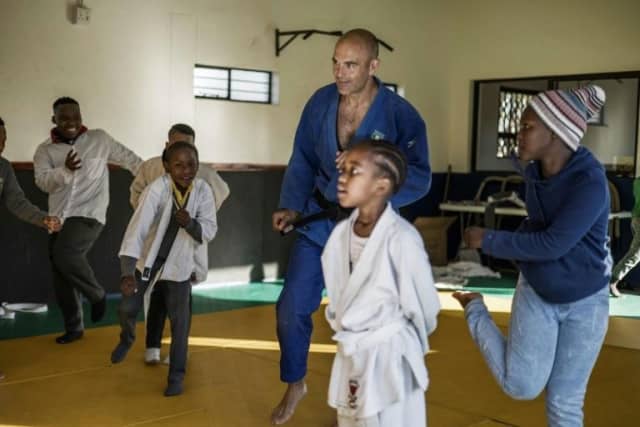 ‘Wherever they come from’ means that all people forced to flee should be welcomed. Refugees come from all over the globe. To get out of harm’s way, they might take a plane, a boat or travel on foot. What remains universal is the right to seek safety.

‘Whenever people are forced to flee,’ they have a right to be protected. Whatever the threat, whether it be war, violence or persecution, everyone deserves protection. Everyone has a right to be safe.

The objectives of the 2022 World Refugee Day are to educate people about the fundamental right to seek safety and to build a movement of solidarity for refugees across the world. 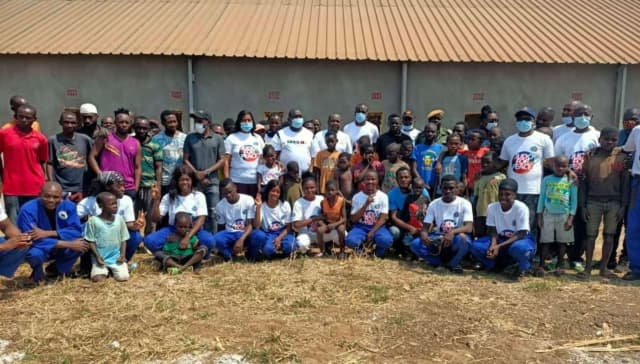 For many years the International Judo Federation has been active to support and protect refugees, free from any kind of discrimination. From refugee camps to refugee communities and top refugee athletes, the Judo for Peace and Judo for Refugees initiatives are side by side with those who suffer the most and who need assistance.

Since 2015, the Kilis refugee program has welcomed more than 2,000 children. The initiatives began in ‘Container City’ on the border with Syria. Today activities are offered on a daily basis to hundreds of young people on both sides of the border. In April 2022, a Judo for Peace tournament was held in Kilis, gathering more than 450 judoka. 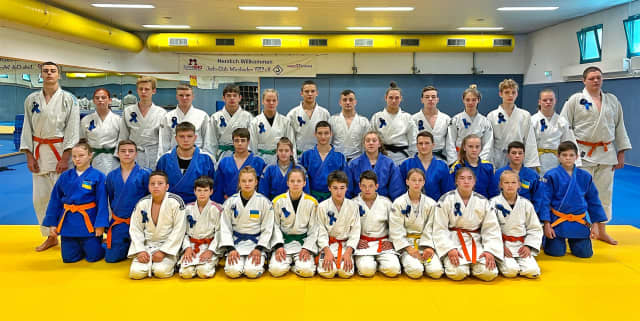 In Zambia, two refugee camps’ programs have been running for many years (Meheba and Mayukwayukwa), offering possibilities for refugees to participate in judo training camps and competitions. The same goes on in Malawi (Dzaleka) and Zimbabwe (Tongogara) and the IJF is running an extensive Judo for Peace program in South Africa led by Roberto Orlando. Recently a new dojo was inaugurated in Johannesburg with the support of the Japanese authorities.

The recent war in Ukraine, which has been raging for two months already, forced millions of people to flee their home country. The IJF created the No Borders online platforms to support the refugees in coordination with European national federations. Already, hundreds of young judoka were secured in Romania, Hungary and Germany.

Since the 2016 Rio Olympic Games, the IJF has been very active also to offer new opportunities to top athletes who were forced to flee their countries. In 2016 two athletes participated in the Games, while in 2020, it was a full team which took part in the Tokyo Olympic Games. In the years to come more bridges between educational programs and the elite family will be created, to offer even more chances to those who may have lost everything. 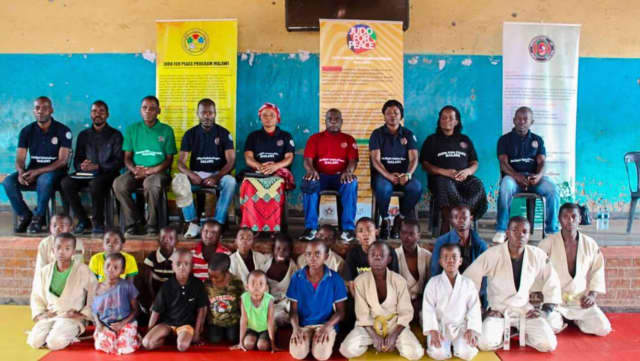 Following UNHCR and international organization policies and recommendations, the IJF believes that seeking asylum is a human right. Anyone fleeing persecution, conflict or human rights abuses has a right to seek protection in another country. Borders should remain open to all people forced to flee. Restricting access and closing borders can make the journey even more dangerous for people seeking safety. People can’t be forced to return to a country if their life or freedom would be at risk. This means that countries shouldn’t push anyone back without first evaluating the dangers they would face back home. People should not be discriminated against at borders. All applications for refugee status must be given fair consideration, regardless of factors like race, religion, gender and country of origin. Last but not least, people forced to flee should be treated with respect and dignity. They are entitled to safe and dignified treatment like any human being. Among other things, this means keeping families together, protecting people from traffickers and avoiding arbitrary detention. 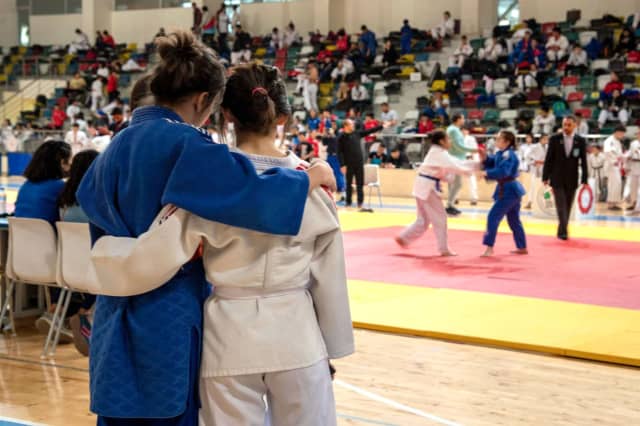 Countries and communities that receive and host large numbers of refugees, relatives to their national populations and economies, need steadfast support and solidarity from the international community. Once they are out of harm’s way, people fleeing war or persecution, need opportunities to heal, learn, work and thrive, in line with the Refugee Convention and the Global Compact on Refugees. The Global Compact on Refugees (GCR) is the international framework for strengthened cooperation and solidarity with refugees and affected host communities. It specifically recognizes the contribution of sport and sporting entities in ensuring the protection and wellbeing of refugees. Refugees need solutions, such as the chance to return home with safety and dignity, to integrate locally or in the most vulnerable cases to be resettled in a third country.

Through all its activities, the IJF has been a key player in helping and supporting refugee communities throughout the world, either through pure education or by focussing on the sport. Hoping that within a year, the situation will be better than it is today but also being realistic while observing the evolution of the world, the IJF and all its national federations and judoka will continue to stand side by side with people all over the world who need support now. To celebrate World Refugee Day, blue ribbon initiatives were held all over the world, showing the unity of our judo family in good but also in bad times. 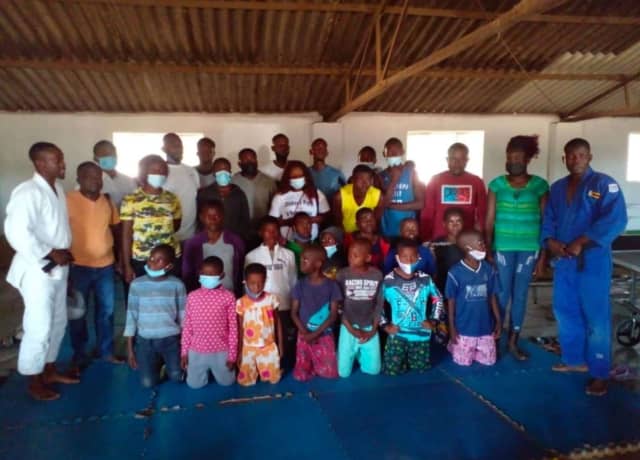 We encourage anyone and everyone to be part of this important celebration. World Refugee Day is on Monday 20th June but we support refugee every single day. In a world where over 100 million people are displaced, The IJF believes that everyone has a right to seek safety, whoever they are, wherever they come from and whenever they are forced to flee.

Whoever, Wherever, Whenever. Everyone has the right to seek safety

You can join us and show you stand with people forced to flee by uploading your photo with the #withrefugees solidarity ribbon: https://unhcr.cheerity.com

Then share it far and wide – you can repost to any social media outlet: