The heady aroma of unburned hydrocarbons and charred rubber is in the air. Which can mean only one thing; it’s Britain’s annual summer automotive extravaganza that’s the Goodwood Festival of Speed. Kicking off its four-day run tomorrow at the 11th Duke of Richmond’s grand country estate, which lies 70 miles south of London, the four-day festival is promising to be bigger, better, faster and noisier than ever.

Headlining this year’s event is BMW, which is marking the 50th anniversary of its M performance division with a dramatic M-themed artistic sculpture—so far still under wraps—prominently displayed outside Goodwood House. Of course, there’ll be a multitude of M-cars in action on Goodwood’s fearsome 1.17-mile hill-climb course. Star billing will go to the new BMW M4 CSL, making its public debut. Only the third model to wear the fabled CSL moniker, this lightweight, track-focused coupe packs a 543 hp punch from its 3.0-liter, turbocharged inline-six engine.

Headlining this year’s event is BMW, which is marking the 50th anniversary of its M performance division.

Jayson Fong, courtesy of the Goodwood Festival of Speed.

Alas, the CSL will likely pale into mild insignificance when Mercedes-Benz unleashes its long-awaited Mercedes-AMG One hypercar on the Goodwood hill. Powered by a Formula 1–derived 1.6-liter V-6, juiced by a quartet of electric motors, the One can summon an impressive 1,048 hp. So far unseen by the general public, it will make various runs up the hill that will no doubt be one of the must-watch spectacles of the weekend. 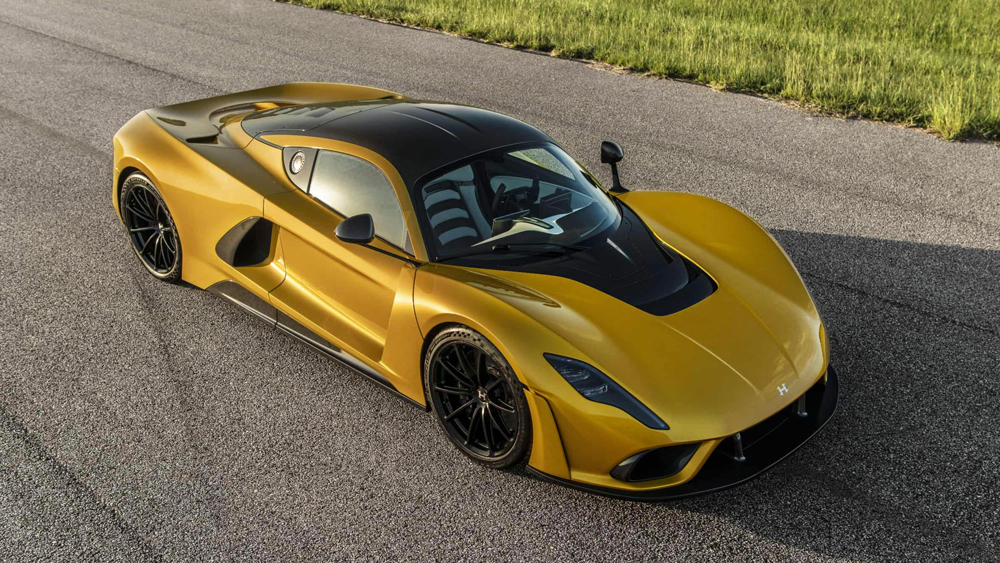 Porsche also wants to be doing its very best to dominate the Goodwood festivities with a slew of motorsport-focused entries. All eyes will be on the brand-new Porsche LMDh Le Mans racer, also making its official public reveal. This is the hybrid racer that will challenge the World Endurance Championship next year—a series that includes Le Mans, Daytona and Sebring—in the hands of the new Porsche Penske Motorsport team. The LMDh will run at Goodwood together with Porsche’s other new racing project, the all-electric 718 GT4 ePerformance race car.

There are also a few bizarre rumors that Porsche will use the festival to pull the wraps off its breathlessly awaited 2023 911 GT3 RS. Thinly disguised prototypes, which have been seen lapping Germany’s Nürburgring track, show the aero-focused car’s huge, free-standing rear wing, air-gulping front-hood intakes and fender vents. All will—or maybe won’t—be revealed this weekend. 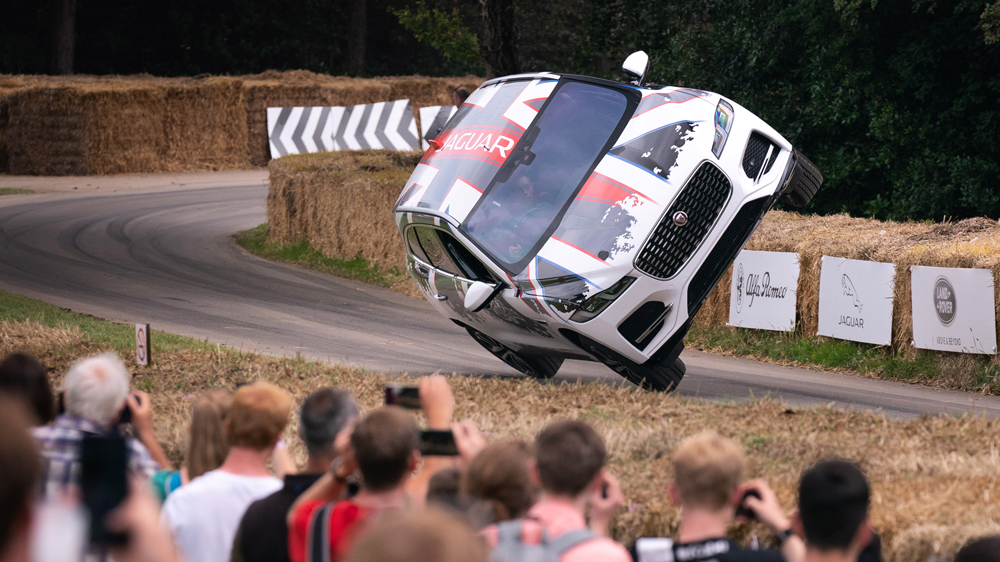 Driving on the edge at a past edition of the Goodwood Festival of Speed.

Nick Dungan, courtesy of the Goodwood Festival of Speed.

And rest assured, the folks at Ferrari won’t be standing idly by letting the opposition dominate the spotlight. As part of its ongoing 75th anniversary celebrations, the marque will be running its latest mid-engined bella macchina, the new Ferrari 296 GTB, in the hill-climb challenge, along with the mighty 812 Competizione and Daytona SP3. There will also be a multitude of other historic Prancing Horses.

On hand to pilot some of those classic Ferraris will be a slew of famous names. Pink Floyd drummer Nick Mason will be at the wheel of his near-priceless 1953 250MM; Aussie design legend Marc Newson will be wrangling his 1953 Ferrari 857 S and Le Mans–legend Derek Bell will be driving a 1972 365 GTB/4 Daytona. Other supercar newbies in action this weekend include the likes of the new Czinger 21C hybrid hypercar, built in Los Angeles and famous for its 3-D printed tech; designer Gordon Murray’s T.50; the new Radford Lotus Type 62/2; and the 2,000 hp, all-electric Rimac Nevera. 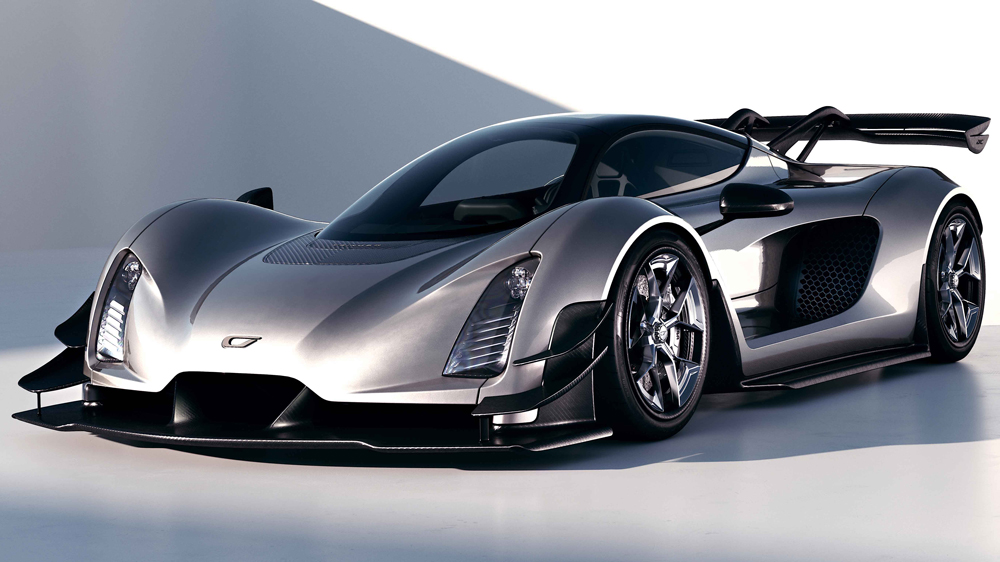 This year’s festival will again place focus on the latest and greatest in electric mobility with its Electric Avenue: The Road to 2030 display. It means plenty of innovative EVs will be present, like the Lucid Air, Fisker Ocean, three-wheeled ElectraMeccanica Solo, Genesis GV70 E and Polestar’s new luminary—many of which will be available for festival-goers to drive.

But the car that’s sure to grab every EV headline will, without doubt, be the truly bonkers McMurtry Spéirling single-seater. Looking like a cross between the Batmobile and a vacuum cleaner, this astonishing piece of British engineering claims a zero-to-60 mph time of less than 1.5 seconds. Word is that it will shatter the previous hill-climb record set by the Volkswagen IDR What might make all the difference is the McMurtry’s twin fans that suck air from under the car to provide more downforce at 150 mph than that generated by a Formula 1 car . 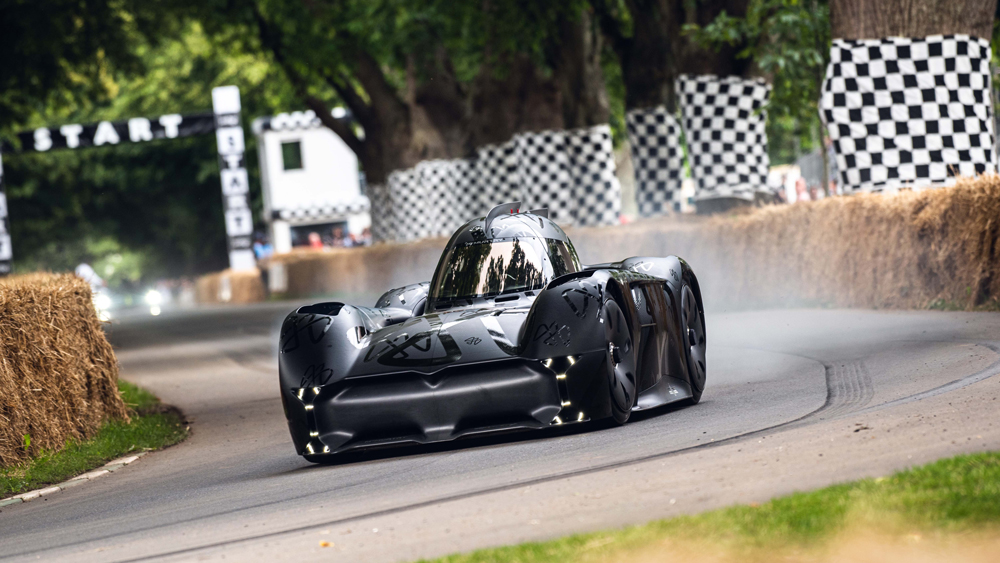 The McMurtry Spéirling claims a zero-to-60 mph time of less than 1.5 seconds.

Jayson Fong, courtesy of the Goodwood Festival of Speed.

And there’s more. A lot more. A huge collection of Group B rally cars, historic racers, superbikes, current Formula 1 examples and lots of prewar classics. Plus, there will be a Bonhams auction and Red Arrows aerobatic display. The action gets in gear Thursday and ends with the must-see Supercar Shootout on Sunday afternoon.